The BBC’s hugely popular bent coppers drama Line of Duty is a favourite in a lot of TV fans’ living rooms. Luckily for all fans of the show, a sixth series is currently in the works.

So, what do we know so far about the next instalment of AC-12 action? Details are a little sketchy at the present time and the writers, producers and cast are keeping fairly tight lipped over it all. Still, we went undercover to investigate the situation anyway.

Here’s what we uncovered… When does the new series of Line of Duty start?

There’s no firm date set for broadcast as yet., mostly because it’s yet to begin filming. There are a few clues out there, however.

There are generally two years between runs of the cop drama (apart from between series three and four, when it was just 12 months). That said, early word is that the new series may hit our screens sooner rather than later.

Asked about the series 6 air date by the Radio Times, the man behind the show – writer Jed Mercurio – said: “I would hope it’s sometime in 2020, next year. But that’s not something that we’re able to confirm.

"Production is at the planning stage, so we are working towards a date. We can’t confirm everything until things are in place.”

Who’s in the cast of Line of Duty series 6? 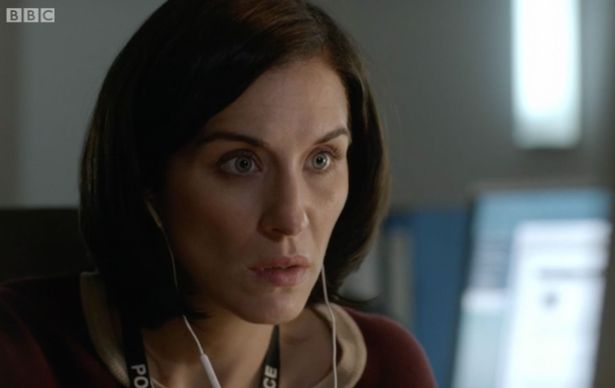 Although whether or not they’ll all make it to the final episode of the series alive is anyone’s guess.

As for new additions to the cast, there’s recently been a rather exciting announcement… Trainspotting and Boardwalk Empire actress Kelly McDonald will be the sixth season’s special guest star.

She's due to appear as DCI Joanne Davidson – "a senior investigating officer of an unsolved murder, whose unconventional conduct raises suspicions at AC-12."

Mercurio seems to be rather pleased about her casting, saying: “We’re honoured that Kelly Macdonald will join Martin, Vicky and Adrian in series six of Line Of Duty. DCI Joanne Davidson will prove the most enigmatic adversary AC-12 have ever faced.” What are the Gladiators doing now? Fans rejoice as original cast reunite

What’s the plot of the new series of Line of Duty?

The main storyline will, of course, revolve around who the final ‘caddy’ is. The idea that the fourth corrupt police officer known as ‘H’ could be Hastings is likely to continue being teased throughout the sixth series. Although, given this is Line of Duty, who knows? They could even kill Ted off in the first episode (“Mother of God, no!”).

Aside from the ‘H’ business, we’ve no specific details around the plot, but we can safely assume that most of the rest of the action will revolve around whatever AC-12 want with Kelly McDonald’s no doubt rather shady character.

Will series 6 be the last series of Line of Duty?

Again, we can’t be sure at this stage. No one can. But while there seems to be a natural conclusion on the horizon for the main plot of Line of Duty, it seems pretty unlikely that the BBC would stop commissioning the thing. After all, it’s enormous.

“Once series five has finished airing we’ll have a conversation with the BBC, with a view to whether there’s a possibility to series seven being commissioned,” Jed Mercurio has said on the subject.

Viewing figures are huge, with more than 8 million TV fans tuning into the first episode of series five. So unless Jed and the team get bored, we can expect plenty more to come in the future from everyone’s favourite police anti-corruption unit.