Despite interviews over video call becoming the norm, Lorraine Kelly was completely flustered when her interview with Chris Kamara suffered a number of technical blunders. Lorraine and Chris struggled to hear one another at the start of the interview so decided to try and reconnect. However, that didn’t go well with the host being greeted by a black screen reading “mystery guest” instead of Chris.

After pausing the interview with Chris to fill time with the fashion segment, Lorraine told viewers: “We’re going to try and go back to Kammy, fingers crossed.

“Obviously he’s releasing his second Christmas album but you know what it’s like with these Zoom call things.”

Lorraine could be seen putting her head in her hands as Chris couldn’t be seen and she was greeted with the “mystery guest” sign.

“It’s gone really well, seriously?” she remarked. “That is so funny.” 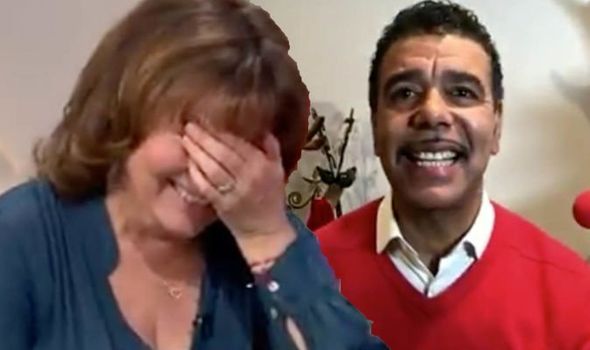 Fortunately, third time was a charm and Lorraine and Chris were able to connect.

“I think he might be there, shall we try again?” the presenter said tentatively.

“Hey!” she exclaimed as Chris popped up on screen. “Trust you!

“I’m useless, I’m sorry!” the guest said as Lorraine clapped at him for being able to get back online. 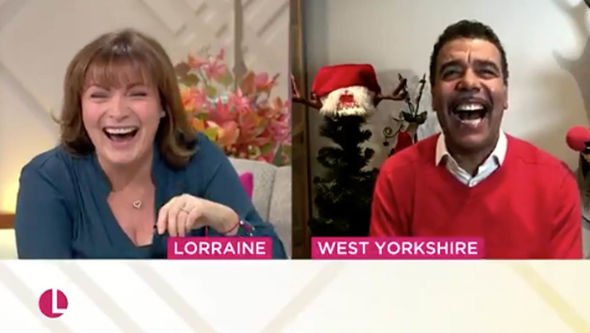 While Chris and Lorraine managed to spend some time chatting about his Christmas album and the potential for Ninja Warrior to return.

Another technical difficulty occurred as Chris ended the interview unable to hear the presenter’s voice.

Lorraine commented: “I’m so glad we were able to get you in the end my angel.”

“I’ve lost you again, but there we go.” Chris said before laughing and holding his hands up in despair.

The host continued, initially unaware of Chris’ technical issues: “I will talk to you very soon again I hope.”

Lorraine ended the interview: “Right, okay, well Chris’ album, And a Happy New Year, is out next Friday.”

Despite the technical issues, viewers were thrilled to see Lorraine chat to Chris about his new album.

Commenting on Twitter, one viewer shared: “Chris Kamara cracks me up all the time #lorraine.”

Another added: “#lorraine I’m only watching for Chris and his amazing laugh.”

“Haha kamy is mad he brightens anyone’s day up #lorraine,” a third posted.

Lorraine airs weekdays on ITV at 9am.