Amy, 27, coupled up with Curtis, 23, at the very beginning of this year’s edition of Love Island and from the word go, it seemed the couple were going to win the ITV realty show.

Curtis had his head turned during the girls’ stint in Casa Amor and when Amy returned to the villa, he decided to call time on their relationship.

Recent episodes have seen Maura Higgins, 28, reveal she has feelings for the ballroom dancer and tonight’s episode sees her confide in Amy about her intentions with Curtis.

It seems the prospect of seeing Curtis couple up with a new partner was too much for the air flight attendant as it has been reported she has quit the show. 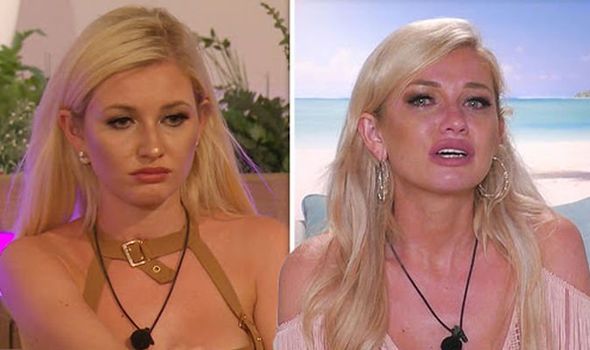 It was Amy’s decision

“It was Amy’s decision to walk from the villa as she felt she had gotten as much as she could from the experience,” a source told The Sun.

“She fell in love, had her heart broken and couldn’t stand the thought of seeing Curtis crack on with other girls while under the same roof as her.

“They [producers] would never dream of keeping someone in there if they weren’t happy about it,” the source went on to explain.

Express.co.uk has contacted a representative for Love Island for comment.