There was a good deal of eye-rolling going on with Love Island viewers on Thursday night.

The male housemates lined up to take part in a “lad” challenge, in which they had to knock back a pint before taking a penalty kick.

But there was one catch — narrator Iain Stirling revealed that the beer they were chugging was non-alcoholic.

The funnyman said: “Each lad will down a pint of non-alcoholic beer while wearing vision-hampering goggles, before taking a penalty against one of the girls.”

Viewers were up in arms over the booze-free beverages, taking to Twitter to blast the rules and regulations that the Islanders have to stick to.

A second griped: “Non-alcoholic beer! This series is getting so boring – no drama, no shagging and it’s so cringe!”

And a third agreed: “The boys have to down a pint of non-alcoholic beer in one… alright then, when did Love Island get so PG?” 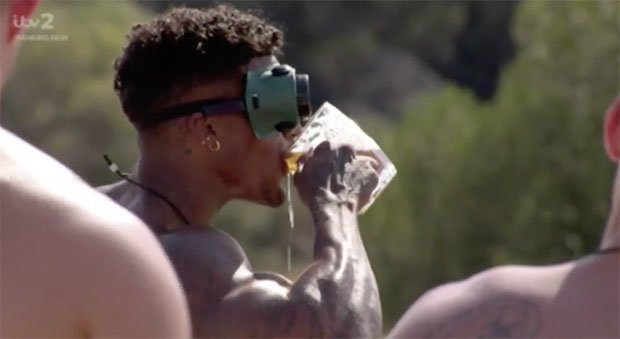 In the past, producers revealed that the Islanders are forced to keep to a strict limit of two glasses of wine maximum per night.

Occasionally, if the housemates win a challenge or go on a date, they might be privy to an extra glass or two of bubbly.

On the plus side, the boozy footie match inspired viewers to think of some cracking drinking games of their own, to play while watching the show.

One jibed: “Drinking game: down your drink whenever Curtis describes a woman as a ‘young lady’.” 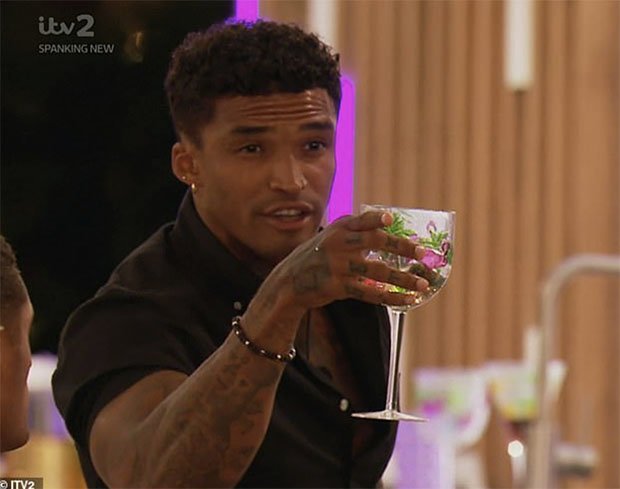 And a second joked: “Love Island game. Take a drink every time someone says the word ‘connection’.”

While a third chipped in: “Every time Francesca flicks her hair, take a drink!”