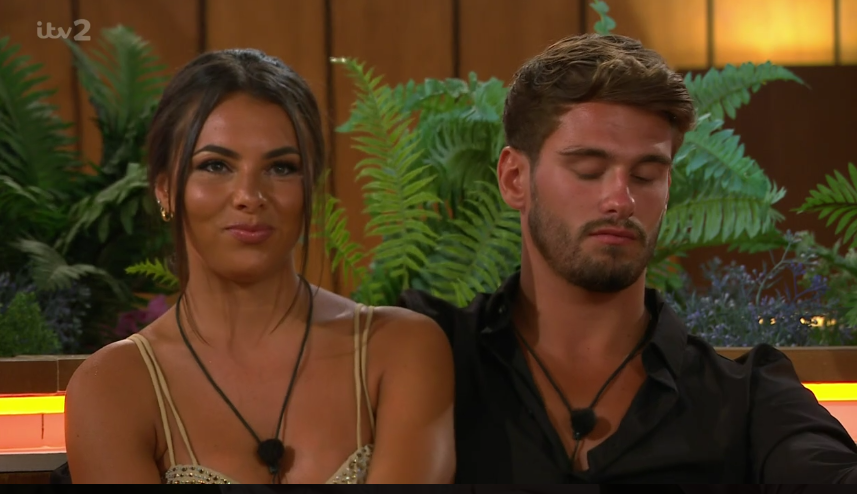 Love Island’s Jacques O’Neill had viewers shocked when he decided to stick with Paige Thorne instead of recoupling with Cheyanne Kerr after Casa Amor.

After forming a couple with Paige in the main villa, Jacques’ head was turned during Casa Amor, with the rugby player sharing a bed and kissing Cheyanne – behaviour that viewers had branded ‘disgusting’.

When it came to the recoupling, he said he’d been through a ‘test’ that had ‘made up his mind’ and he decided to stick with Paige.

She also came back single from Casa Amor single after staying loyal throughout – but her happiness quickly turned to confusion when Cheyanne spilled what happened between the pair of them.

‘He said he can’t trust himself, shared a bed,’ she continued, explaining Jacques’ behaviour in Casa Amor.

Asked by Laura Whitmore if she thought she would be standing up rather than sat with him, Cheyanne said: ‘I weren’t sure but I know Paige is a nice girl, hope he treats her nice.’

Paige said: ‘It’s not really what you wanna hear when you come back. It’s just one of those things. I don’t think it’s quite sunk in yet.’

Jacques went on to tell her that they’re both single and that she ‘forgets that’ sometimes.

She later said in the beach hut: ‘He wants his cake and he wants to eat it. But this isn’t a buffet.’

Bursting into tears, she said: ‘I’m done’, with the teaser for Friday’s show seeing her confronting Jacques over his behaviour.

Ekin-Su and Davide Sanclimenti were brought back together, as were Luca Bish and Gemma Owen.

Kiss goodbye to your social life – Love Island is back to dominate your evenings, with the new series promising more drama than ever before.

For all the latest updates, visit Metro.co.uk‘s Love Island page.