Former Love Island star Sharon Gaffka has slammed the lack of body diversity on this year’s line-up, insisting that the producers could have done more.

The 25-year-old reality star participated in the hit dating show last year, and has previously called out the series over what she claims is a lack of Asian representation, while adding that she believes she was ‘scapegoated’ to tick a diversity box.

Love Island’s 2022 line-up, as revealed yesterday, features the programme’s first ever deaf contestant, along with ‘four people from minorities’.

However, despite changes to the line-up, to try and make it more diverse and inclusive, Sharon insists that it’s not enough.

‘It’s not just ethnicity and while I do think it’s great that you know, close to 50% of the cast will be diverse or from a different background I still think we’re not seeing any Asians in the original line-up. 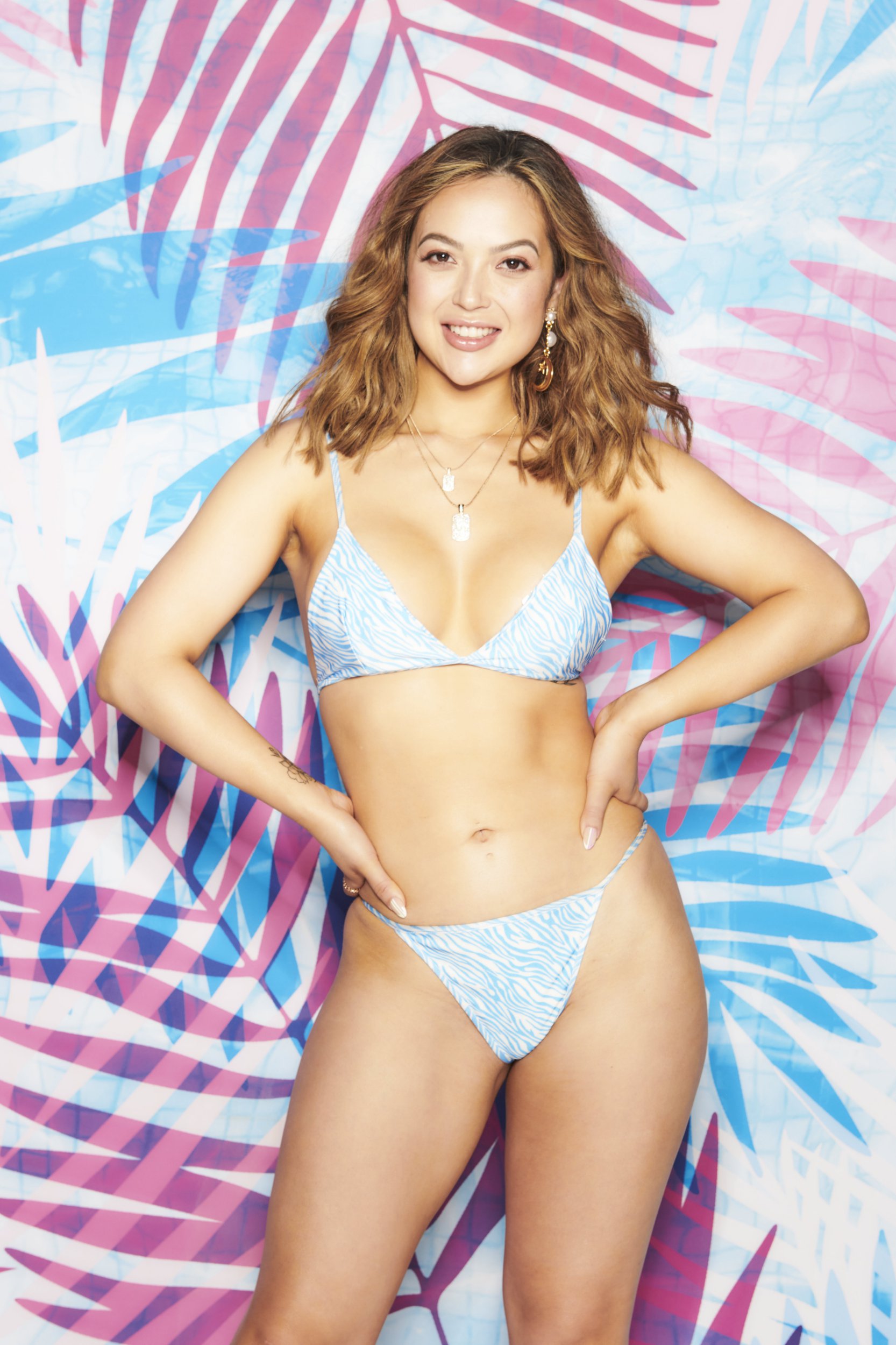 ‘There are still midsize and plus size people out there who are looking for love and would make great contestants on the show so I feel like they’re still being overlooked, in the original line-up, we are yet to see the rest of the cast.’

Despite criticizing a lack of diversity on the programme, Sharon did praise other changes that have been made this year, as Love Island will move away from fast fashion brands and ditch their wasteful food challenges.

For the first time, the contestants will wear second-hand clothes on the series in an effort to become ‘more eco-friendly’, with eBay have been announced as the ITV programme’s first ever ‘Pre-Loved Fashion Partner’.

The former civil servant said: ‘I wish I was in this series and I did not have to participate in any food related challenges so I definitely welcome that. I don’t want to know what it was like to watch it!

‘But in terms of fast fashion, I think it’s an amazing move from ITV and from eBay, not just in a fast fashion perspective, but in terms of increasing individuality from contestants having to pick from the same rail of clothes as everyone else.

‘It doesn’t really spark any creativity or allowing you to be yourself, there’s a lot of different positives that come with the changes and I’m really excited to see how that plays out.’

Earlier this year, Sharon spoke out about feeling as though she was ‘scapegoated’ to tick a diversity box, claiming that she and other islanders Shannon Singh, Priya Gopaldas, and AJ Bunker, were not given ‘an equal chance’ due to their race.

Speaking on the Secure the Insecure podcast, she said: ‘I feel like Asian women were taken as a token or a tick box in this series.

‘I felt like I was scapegoated for a tick box 95 percent of the time I was in the villa.’

She continued saying: ‘It was so nice to have me and another Asian contestant, Shannon, there for the first couple of days but she was booted off within 24 hours and then AJ, I don’t know how long AJ was in there for but Priya wasn’t in there for very long either.’

‘I don’t feel like any of us were given an equal chance at anything. It’s all well and good having a diverse line-up but if there isn’t diversity in what people find attractive then you’ve completely missed the mark and kind of wasted everyone’s time.’

The popular ITV programme has been criticised in the past for being ‘too white’ and lacking in ‘body diversity,’ after viewers described the entertainment show as ‘toxic.’

Love Island launches on Monday at 9pm on ITV2.