JANUARY Jones is getting into the Christmas spirit after slipping into a sexy red dress for some sultry photographs.

Mad Men star January, 41, donned the tight-fitting frock before taking some snaps and delighting fans by uploading them to Instagram. 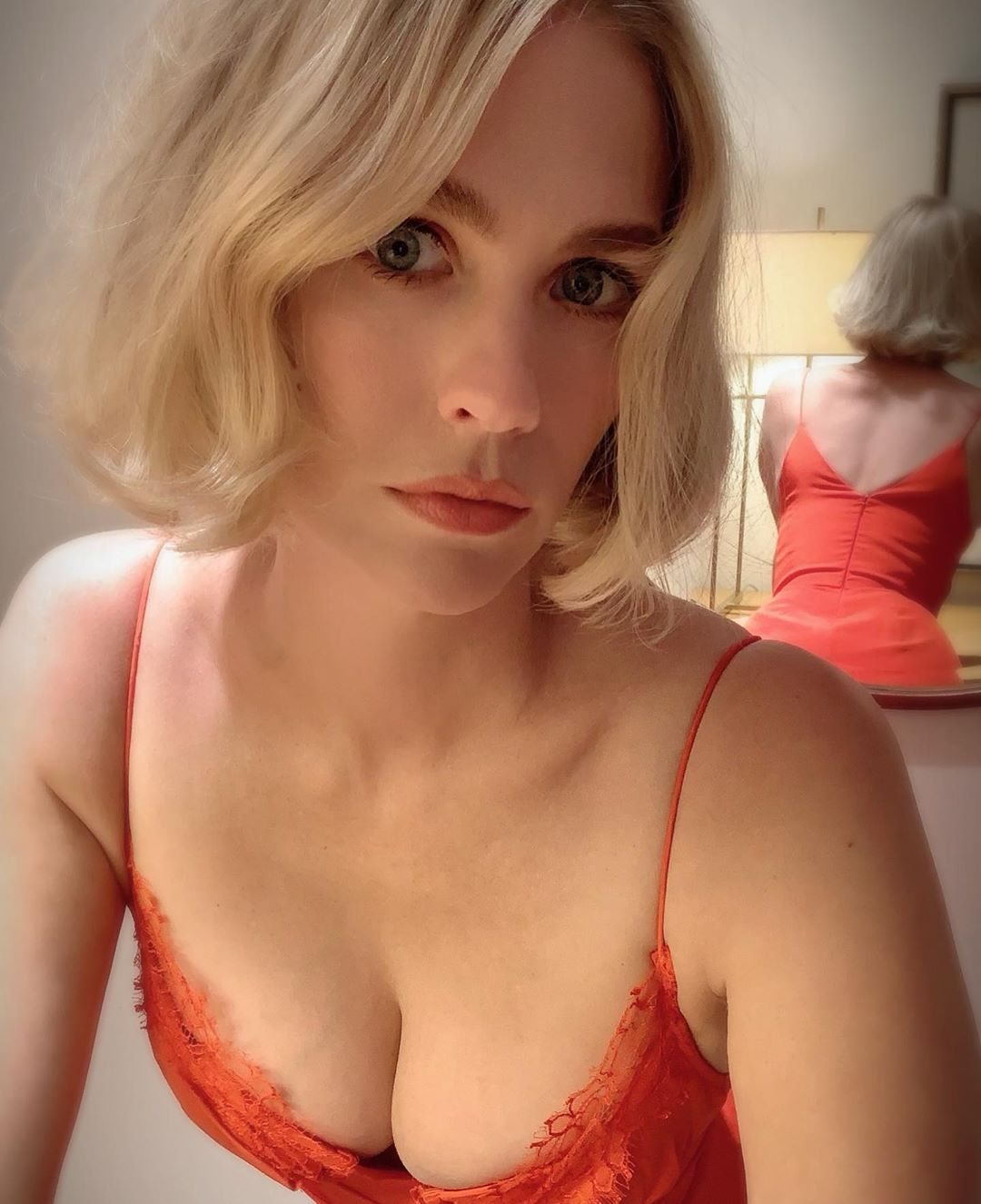 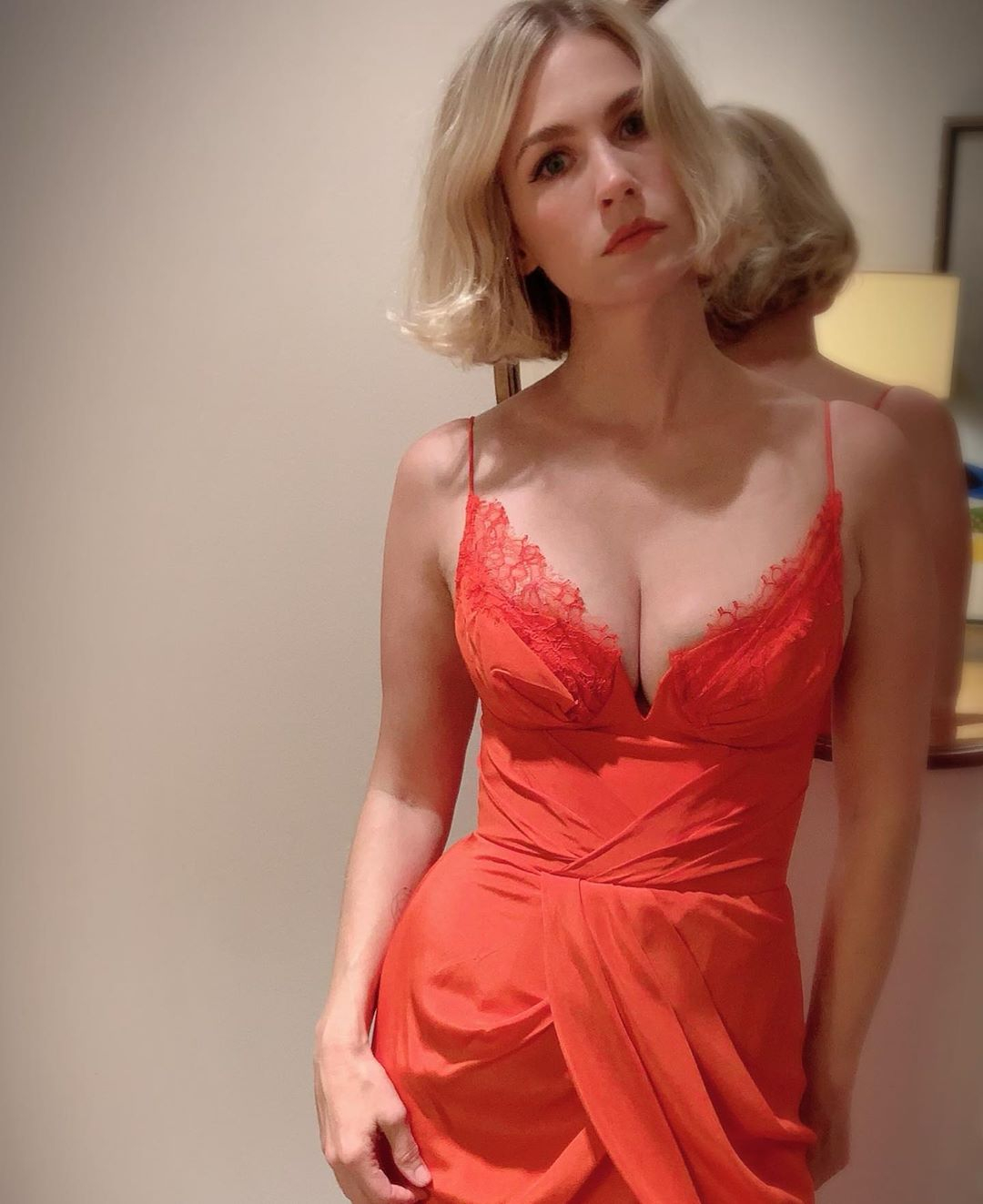 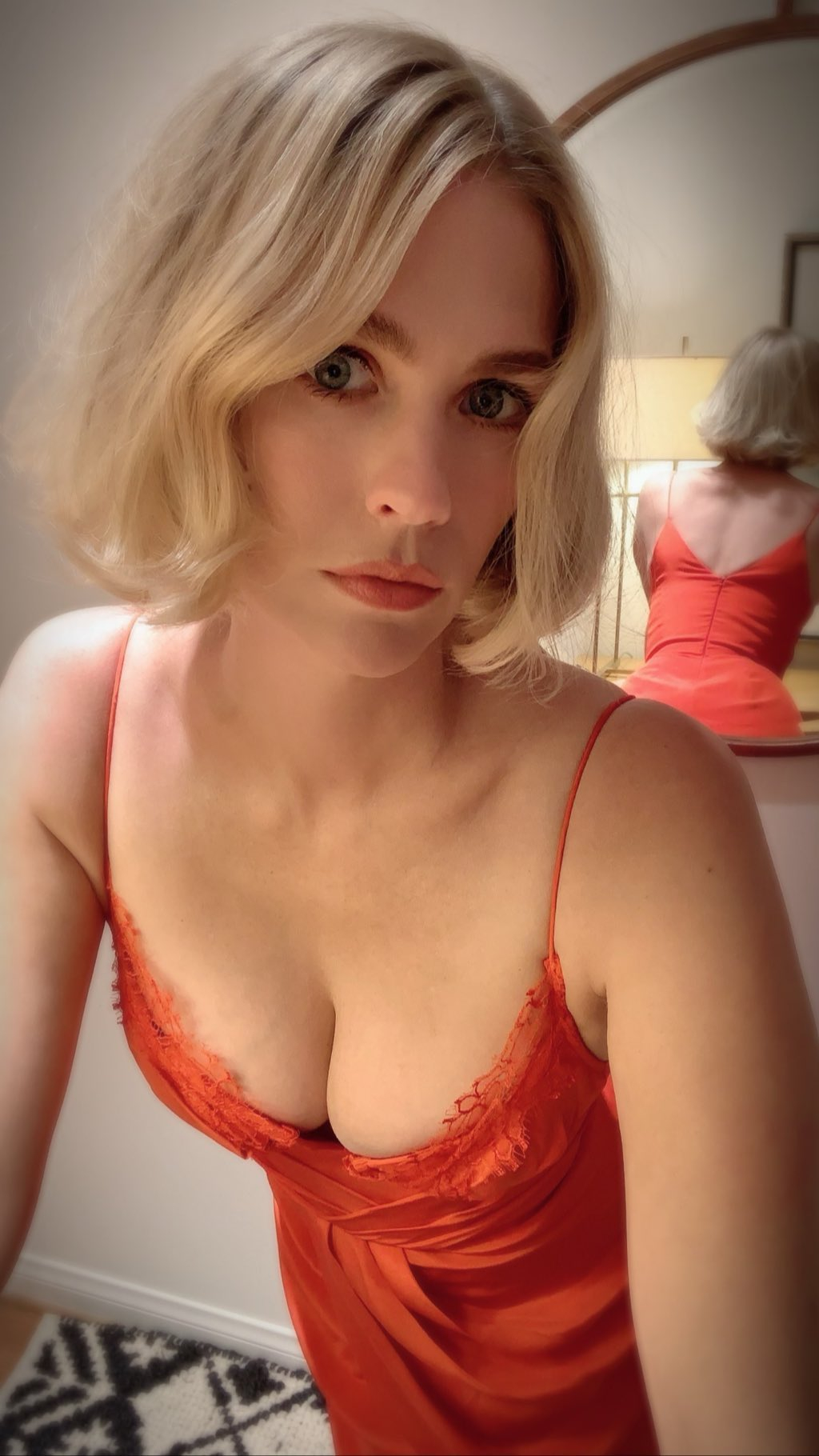 Flaunting its plunging, lace neckline, January showed off a bouncy blow dry and natural make-up as she pouted for the camera.

Posting the photos on social media, she simply captioned them with a red love heart and a Father Christmas emoji.

One fan asked: "I hope these are your pajamas :)."

January then replied: "Ya right." 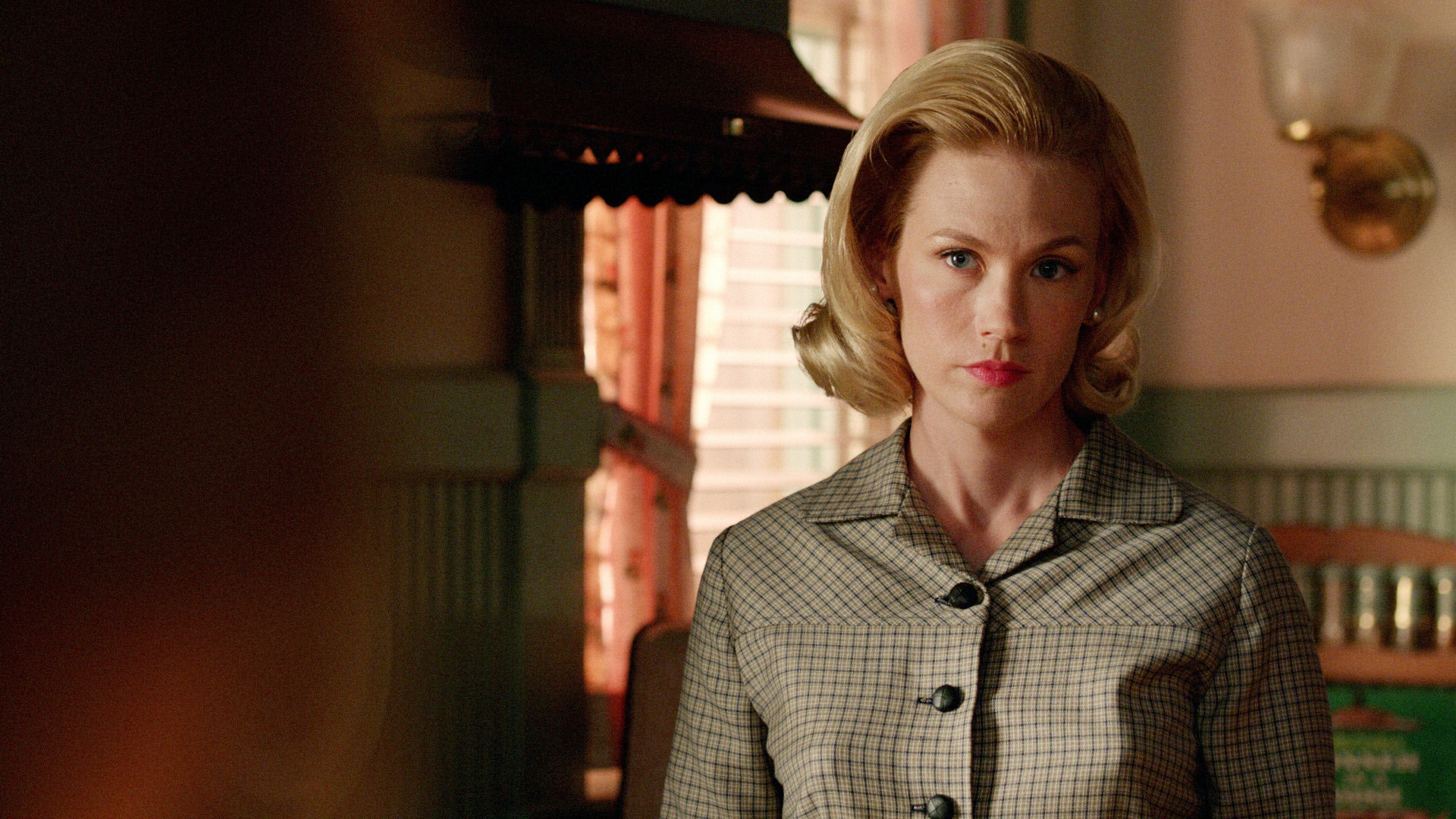 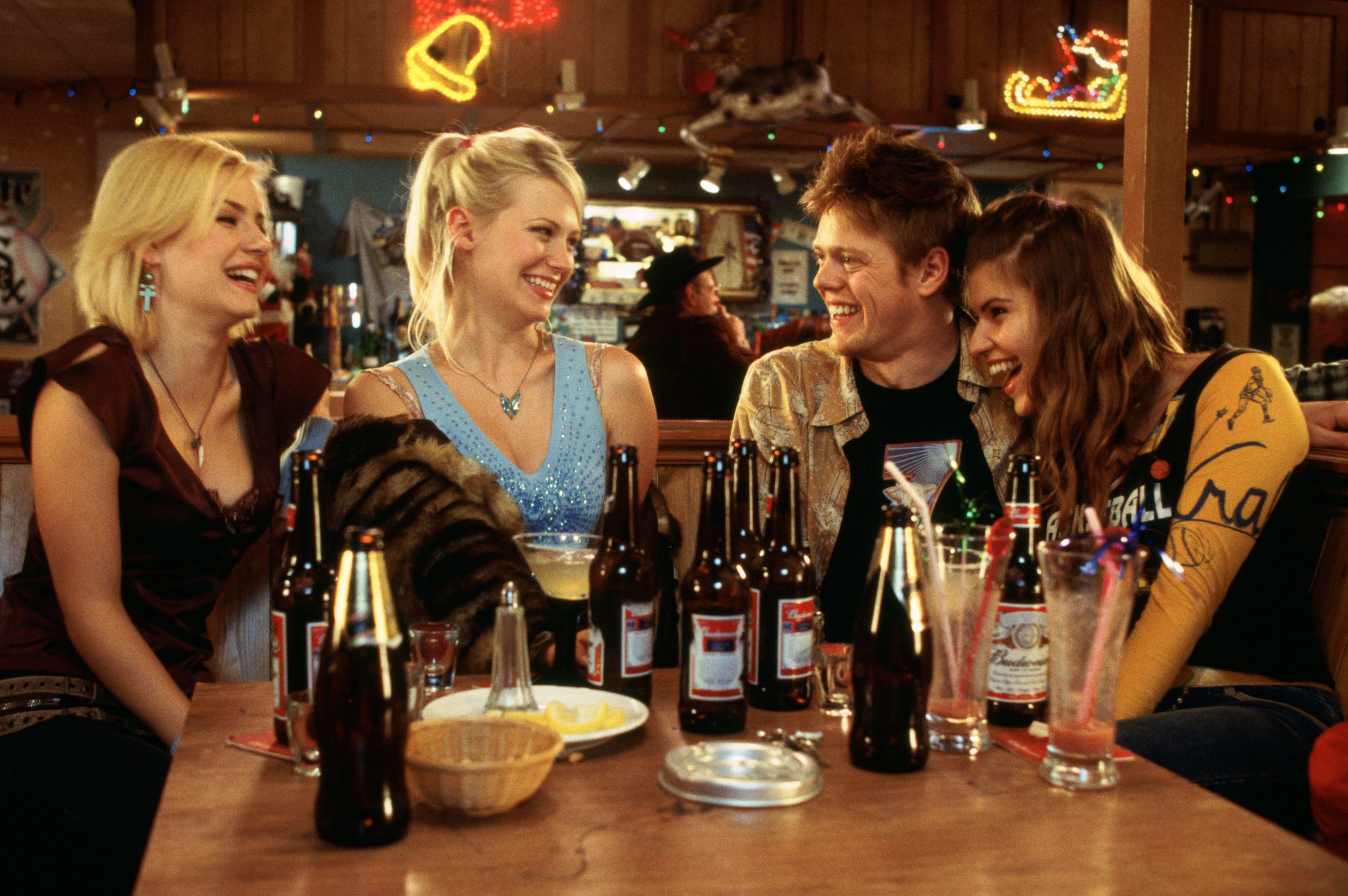 During her time on the show, she was nominated for two Golden Globe Awards for Best Actress – Television Series Drama, and a Primetime Emmy Award for Outstanding Lead Actress In A Drama Series.

January is also known for her roles in American Pie: The Wedding and Brit Christmas film Love Actually. 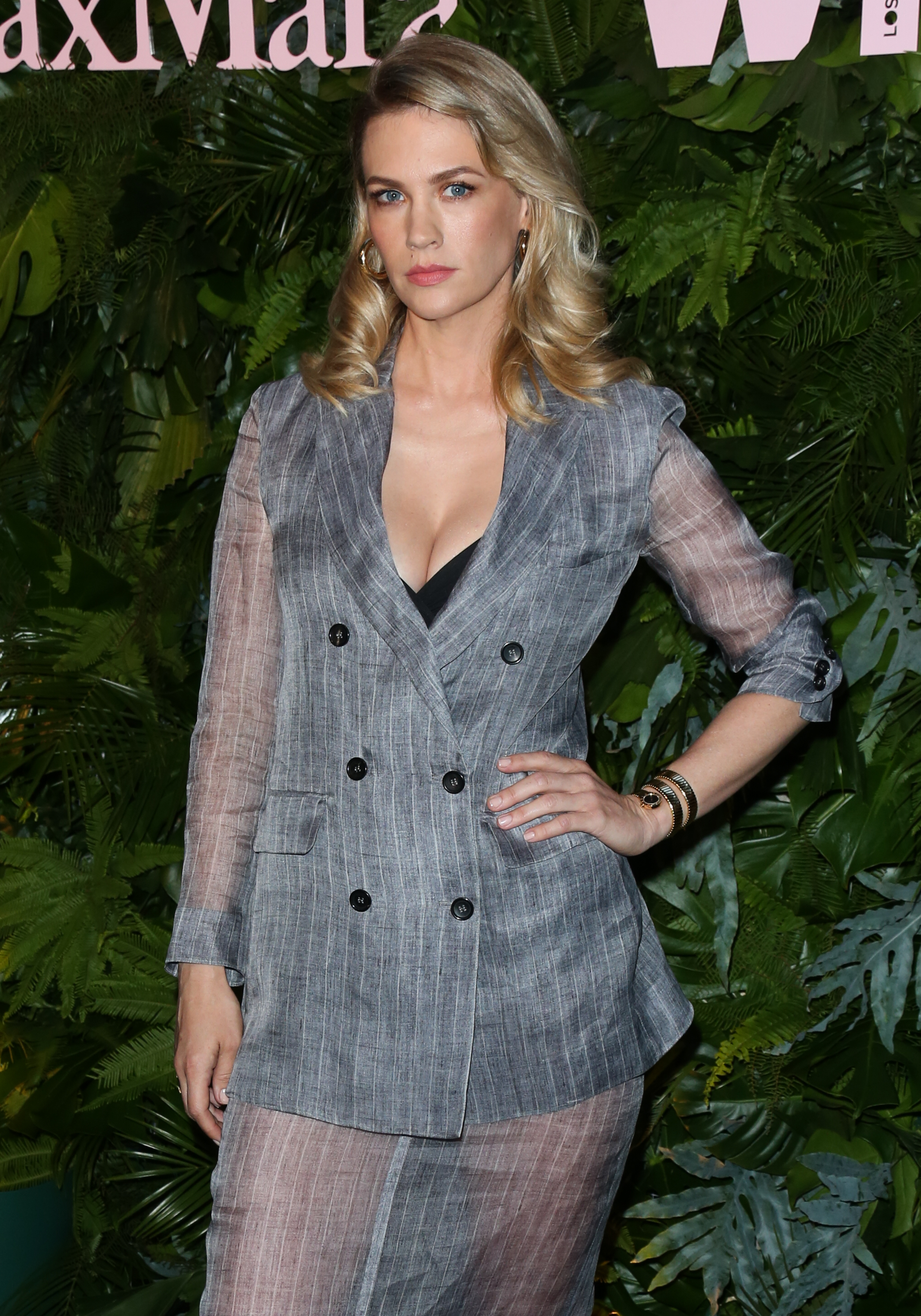 This year, January took on the role of Lizbeth Sloan, a bored and rich housewife for the Netflix series The Politician.

Sticking with the streaming network, she will also appear in US drama series Spinning Out in 2020.

January plays Carol Baker, the pushy mother of a talented figure skater who is considering quitting the sport after a disastrous fall on the ice.

Meanwhile, away from the cameras, January is a mother to eight-year-old son Xander. She has never revealed the identity of her boy's father.

At the time of his birth, January hit the headlines for eating her own placenta.

Filming a western in NM while guiding my baby’s first steps at any/all breaks. Being a Momma is always balancing act. #tb

Filming a western in NM while guiding my baby’s first steps at any/all breaks. Being a Momma is always balancing act. #tb

Explaining how and why, she said: "Your placenta gets dehydrated and made into vitamins.

"We’re the only mammals who don’t ingest our own placentas."