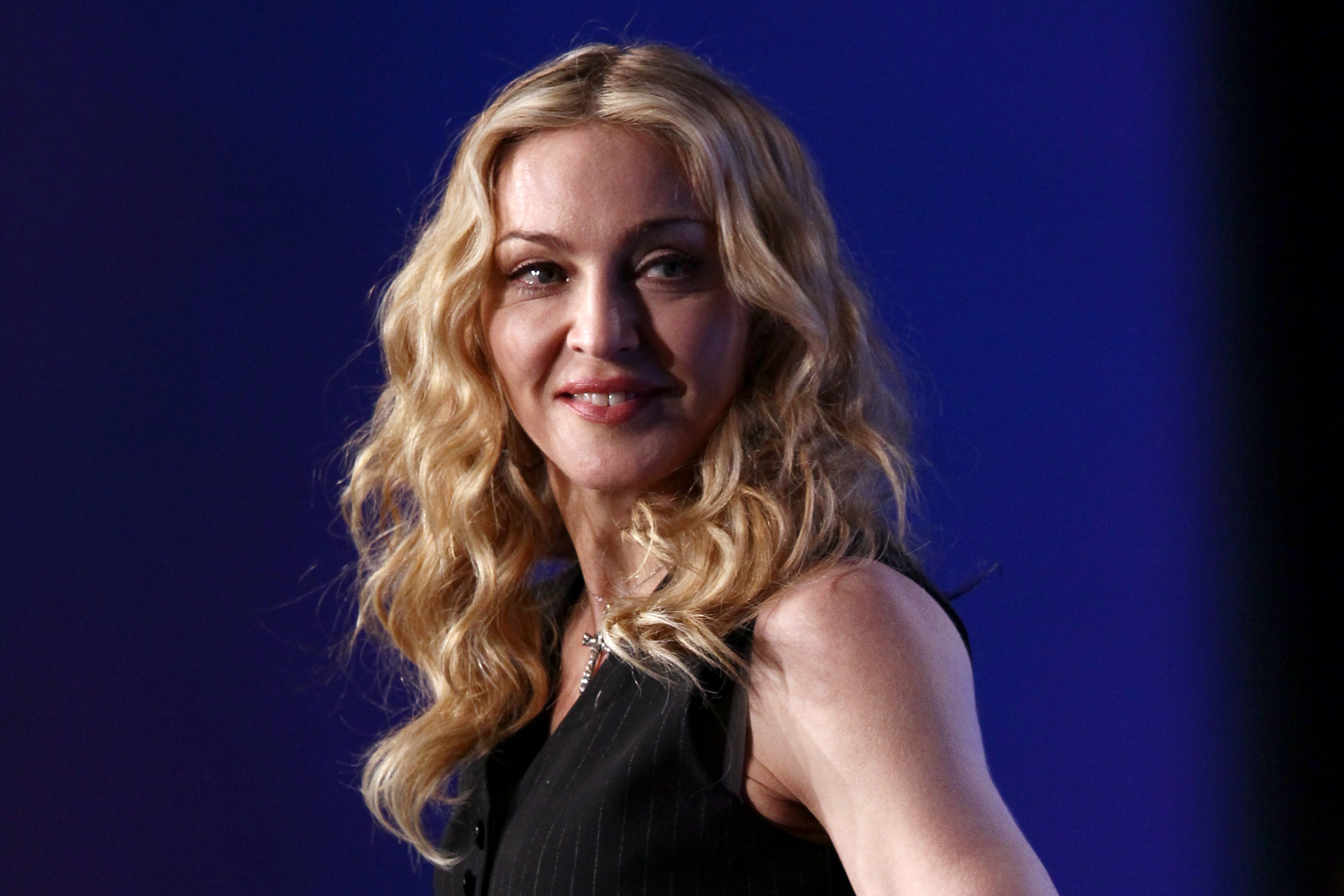 There’s no doubting that Madonna is a legend, and Alan Carr has only proven the point by teasing some wild tales about her – including that she ‘gets fit guys to do her bidding’ while ‘sat on a throne’.

Just Madge being Madge and we salute her for it.

Teasing the upcoming series of his show There’s Something About Movies, which sees celebs often spilling the beans about their encounters with A-Listers, Alan admitted that ‘everyone seems to have a Madonna story.’

‘We’ve got all these actors on and she sort of hones in on them,’ he added to Metro.co.uk. ‘Everyone had a story – Mark Strong did, so did Rafe Spall – about where she sits on a throne surrounded by a load of fit men, and they have to dance for her bidding.’

‘It was quite a common theme, the Madonna thing,’ team captain Jennifer Saunders added. ‘Her coming towards you across the dance floor and you have to hold her eye or run.’

Alan went on to say that Richard E Grant revealed that Adele invited him to a concert because she’d loved him in 1997 flick Spice World (which is objectively the height of his cinematic career).

‘He was saying how back in the day, there was no emails or anything and he got the job, and it was only his daughter who heard it on the voice message,’ Alan marvelled.

‘And she said, “Oh my god you’ve got to do this”. And then he got Adele tickets because that’s one of her favourite films apparently.’

Alan and Jennifer are set to be joined by Michael Sheen and Tom Allen for the new series of There’s Something About Movies, which sees the Chatty Man star quiz some of the UK’s favourite actors and comics on their film expertise.

Of course, they can’t just be let off scot-free by sitting on the panel, so they’re tasked with recreating a famous movie scene and, without giving anything away, the gang have promised that they’re set to go all in.

There’s Something About Movies airs on Thursday at 9pm on Sky One and NOW.

If you’ve got a celebrity story, video or pictures get in touch with the Metro.co.uk entertainment team by emailing us [email protected], calling 020 3615 2145 or by visiting our Submit Stuff page we’d love to hear from you.