Marilyn Manson Says He's Been Cast in 'The Stand' Miniseries 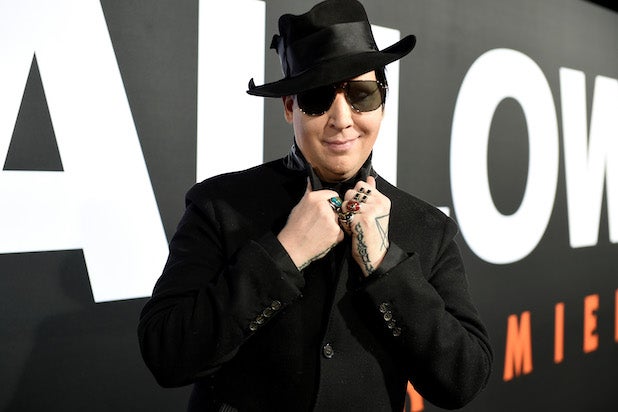 Brace yourselves, Stephen King fans, because there is a possibility Marilyn Manson is appearing in CBS All Access’ upcoming limited series adaptation of “The Stand.”

During a recent interview with Revolver, the shock rocker said that he’s been cast on the miniseries — though he didn’t say what part he’s taking on for the 10-episode project.

“Shooter [Jennings] and I also did a cover of ‘The End’ by the Doors, for a new miniseries of ‘The Stand’ by Stephen King,” Manson told Revolver. “Which I’m also going to be acting in.”

“The Stand” is King’s apocalyptic vision of a world decimated by plague and embroiled in an elemental struggle between good and evil. The fate of mankind rests on the frail shoulders of the 108-year-old Mother Abagail and a handful of survivors. Their worst nightmares are embodied in a man with a lethal smile and unspeakable powers: Randall Flagg, the Dark Man. The novel marks the first appearance of Flagg, a frequent villain that pops up in King’s other works.

The adaptation will be written and directed by Josh Boone, who is best known for directing “The Fault in Our Stars.”