Marriage returned to BBC One this Sunday for the third instalment and Emma (played by Nicola Walker) attended a legal conference with her boss. Meanwhile, Ian (Sean Bean) and his wife came to a new understanding together with Ian finding a way to move forward. As the series draws closer to its conclusion, viewers slammed the show for its “dire” theme tune.

Marriage has provided plenty of laughs since it started airing as it gives honest insight into long-term relationships.

A-list stars Nicola and Sean bring out the best and worst in their characters, who have been married for decades and are entirely comfortable around one another.

While the comedy has been praised for its low-octane and light-hearted storylines, it has also received backlash for its theme song.

Many viewers have claimed the dialogue is almost inaudible, whereas the theme song is too loud.

They took to Twitter to air their frustration, with Kenny Jones saying: “Wanna stick pencils in my ears when the theme music plays #marriagebbc #marriage.” 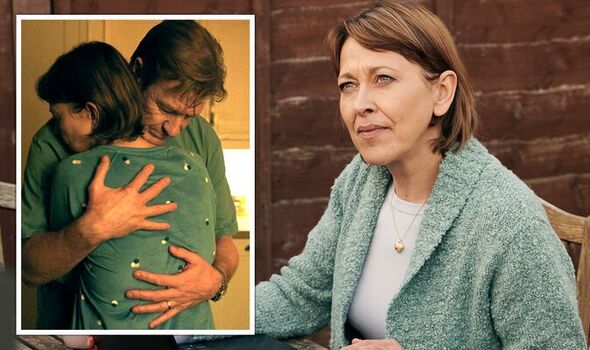 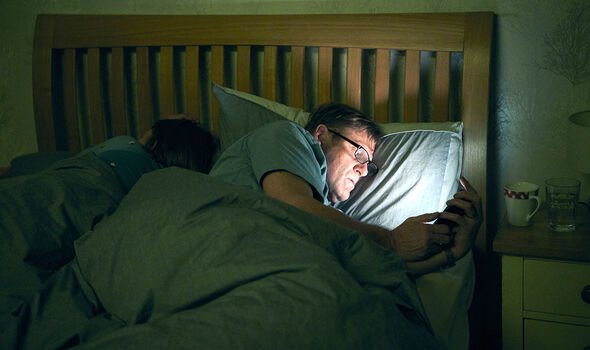 Just me Stevie added: “Did anyone else jump out their b****y skin when that ‘to the side, round and round’ chanting came on just then! #marriagebbc.”

Nicola Evans shared: “Oh god forgot about that theme tune!! Wondering whether to stick with #marriage to see if anything actually happens #MarriageBBC.”

“But the best thing about it is I can pop to make a coffee or have a ‘bio-break’ and when I return I’ve not missed anything.” 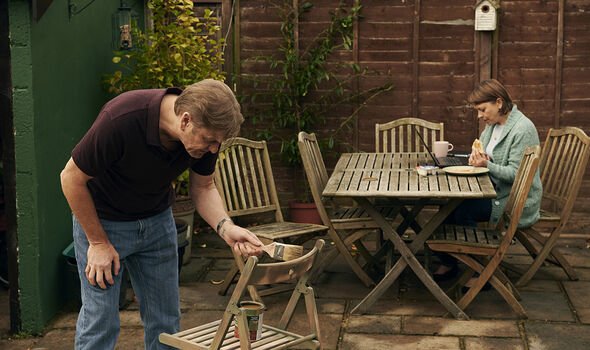 Phoenix29 said: “#marriagebbc #themetuneshit playing catch up the god awful theme tune who the hell sorted that out #awful.”

However, there were plenty of fans who overlooked the controversial opening music and praised the show for its themes.

Alison Lindsay shared: “I really enjoyed #marriagebbc. Refreshing to see the humdrum of real life captured. Probably in the minority but didn’t mind the theme tune either.”

Miss Takilas concluded: “#marriagebbc Really liked this take on real life characters. The theme was spooky at first but it resonated with the shifting emotions and dance of it all.

“Not action-packed or in your face viewing but sometimes that’s a greater achievement. To reflect on reality for a while. Great.” 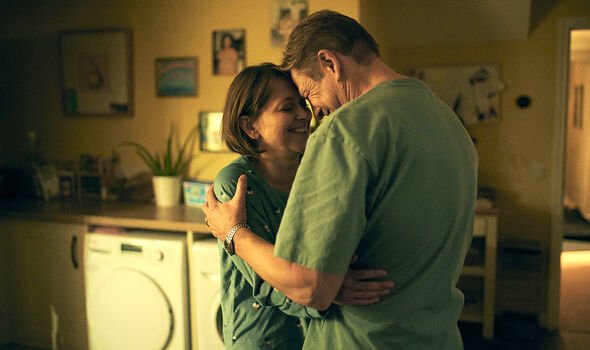 In the episode, Ian was at home wondering what had happened to Emma while she was with her boss, Jamie (Henry Lloyd-Hughes).

As the day progressed, Emma started to see a new side to Jamie and was torn over whether she should spend more time with him.

Meanwhile, Jessica (Chantelle Alle) met a new friend who could have turned out to be something more.

Ian actor Sean defended the series after it was branded “boring” by viewers, with some even switching off after the first episode.

He said in a video Q&A with Nicola and creator Stefan Golaszewski: “I am bored of watching a lot of programmes these days, especially about detectives.

“I don’t know why people always making a story about detectives and police. They are so boring. I hate reading detective novels too.

“Almost all the characters end up repeating themselves and telling the next guy what just happened. It is just the same old kind of structure.”

The BBC also addressed the backlash to the sound, saying the series went through all of the normal sound checks prior to broadcast.

A spokesperson told the Daily Mirror they were yet to receive any complaints.

Marriage airs on Sundays on BBC One at 9pm.