Julie Andrews won an Oscar for her role in Mary Poppins, the wholesome family classic where she played a nanny with magical powers. At first, she wasn’t sure she’d get the job because she was several months pregnant, but Walt Disney executives arranged things so production would wait for her.

Mary Poppins marked Andrews’ official film debut, but behind the scenes, it wasn’t always smooth. In fact, those flying scenes proved to be uncomfortable and hazardous. A scary fall left Andrews in a state where she cursed the moon and stars. 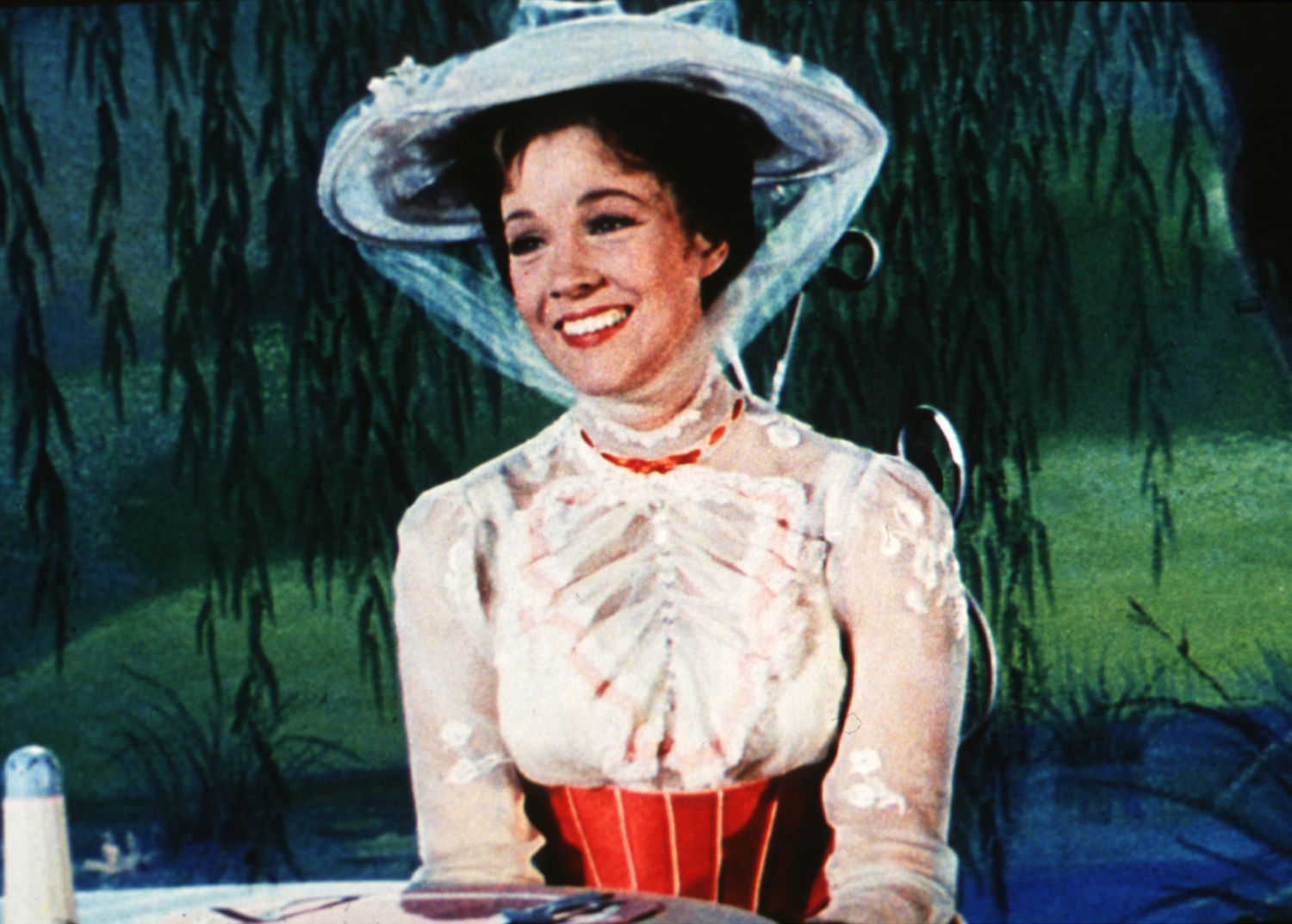 Julie Andrews fell through the air while filming ‘Mary Poppins’

Mary Poppins delighted fans with her flying abilities and whimsical approach to caretaking, which essentially made her a saccharine witchy superhero. Andrews recounted her experience making the 1964 movie and marveled at the technical aspects involved in creating realistic, believable sequences. But those flying scenes were not all spoonfuls of sugar.

In her book, Home Work: A Memoir of My Hollywood Years, she described one unfortunate event that caused her to fall.

“My most dangerous flying sequences were saved for the end of our filming schedule, presumably in case of an accident,” Andrews wrote. “In one of my last takes, I’d been hanging in the rafters for quite a while, waiting for the tech team to be ready. Suddenly I felt my supporting wires drop by about a foot. I became extremely nervous, and called down to the stage manager below…”

Andrews asked that they let her down gently, and her request made its way across the studio to the person handling her wires. As they maneuvered her slow descent, her wire gave out and she dropped onto the stage.

“I fell to the stage like a ton of bricks. There was an awful silence, and then Joe’s disembodied voice from afar called, ‘Is she down yet?’ I have to admit, I let fly a stream of colorful expletives,” Andrews recalled. She added that she avoided injury thanks to some counterweights that broke her fall, but the whole ordeal left her shaken.

Remember the scene where Mary Poppins floated down with her umbrella and landed at the Banks’ house? That wasn’t Andrews flying through the air on wires, but a stunt double named Larri Thomas. “She was a wonderful dancer and accomplished stuntwoman, and we did look somewhat alike,” Andrews shared.

Thomas then worked as her stand-in on The Sound of Music. But for the flying moments that she performed herself, Andrews revealed the many ways they made it work. Sometimes she had to wear wires, and for others, she “sat on a seesaw or atop a ladder.”

She wore large duplicates of her costumes to accommodate her bulky harness. Because there were metal attachments on it, the harness often caused bruising.

Looking back on her experience, Andrews wrote that she “could not have asked for a better introduction to film.” In addition to working with Walt Disney and her husband for Mary Poppins, she learned a great deal about animation and movie magic.

She loved working with the cast and crew, and having the opportunity to sing on film. Despite any challenges that cropped up during filming, Andrews has warm memories and called it an “unforgettable experience.”