Mary scores on dating app but there's pain ahead in Emmerdale 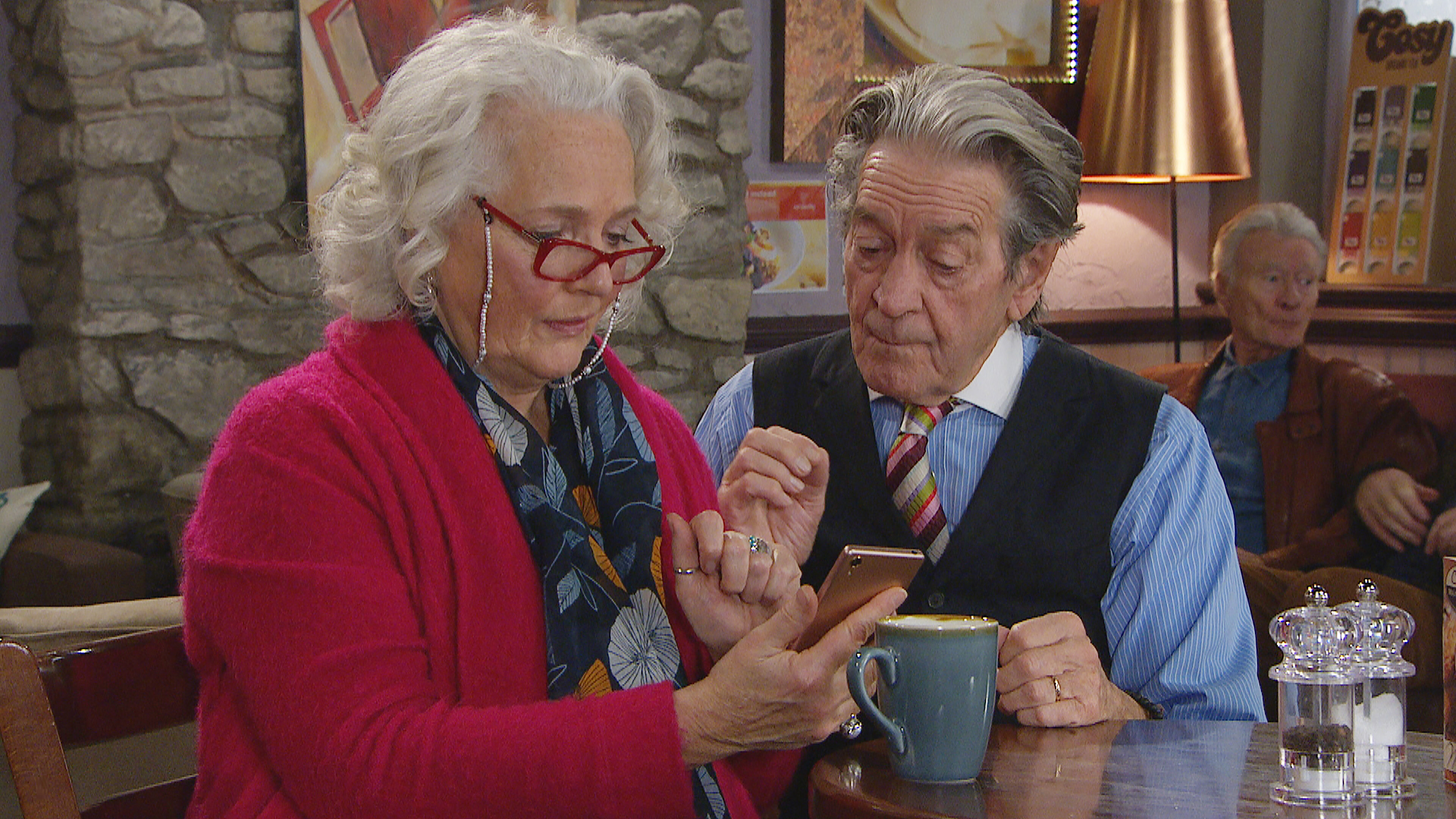 Emmerdale icon Mary Goskirk (Louise Jameson) has been experimenting with dating apps in recent episodes, in the hopes of finding love, and we couldn’t be more thrilled for her.

However, things may be set to take a dark turn after she accepted a date in tonight’s episode.

Mary came out as a lesbian to Kim Tate (Claire King) in emotional scenes last year, and, despite a brief kiss with an unsuspecting Vanessa Woodfield (Michelle Hardwick), has remained single.

But now, she’s ready to mingle.

Tonight, she enlisted the help of Rodney Blackstock (Patrick Mower) in her search for Mrs Right, and the pair browsed the site together.

When Rodney noticed the profile of a woman called Joy, he immediately pointed her out.

Somewhat reluctantly, Mary liked to profile and, lo and behold, it was a match! Not only that, Joy had sent a message.

It appeared as though the two women hit it off right away, as a while later they were still chatting.

It was Rhona (Zoe Henry) who pointed out that Mary’s phone was constantly going off, which led Mary to confess that she had matched with someone.

She let Rhona read through their messages, just as Joy asked if Mary wanted to meet.

Secretly thrilled, Mary agreed, including a heart emoji in her message. Aw!

However, she may be setting herself up for a fall, as it has been revealed that Joy may not be exactly what Mary is expecting…

Will Mary’s venture into dating prove successful in the end, or will she give up on her chances of a happy ending?