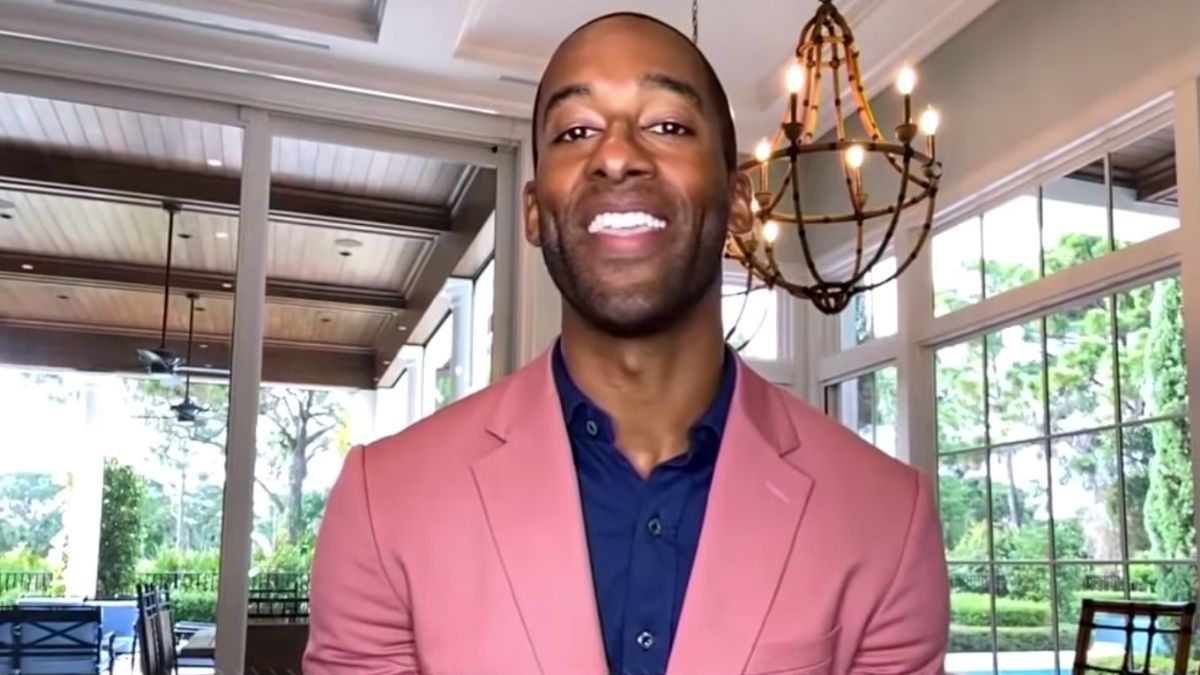 Matt James was announced as the next Bachelor star this summer as the network faced backlash for never having a person of color as the male lead.

Throughout the 40-season run, the franchise has only seen one person of color as the lead- Rachel Lindsay as The Bachelorette in 2017.

After Peter Weber’s season of The Bachelor wrapped up, fans said it was time to see change.

Matt’s season of The Bachelor will start filming shortly in Pennsylvania, following strict guidelines to avoid the spread of COVID-19.

Yesterday, the news broke that Matt’s season of the show is still casting.

ABC producers are reportedly still looking for women to join the season. It’s possible that they haven’t received many applications simply because of COVID-19.

However, an ad went live on Instagram yesterday, revealing that producers are still looking for women to join Matt’s season of the Bachelor. 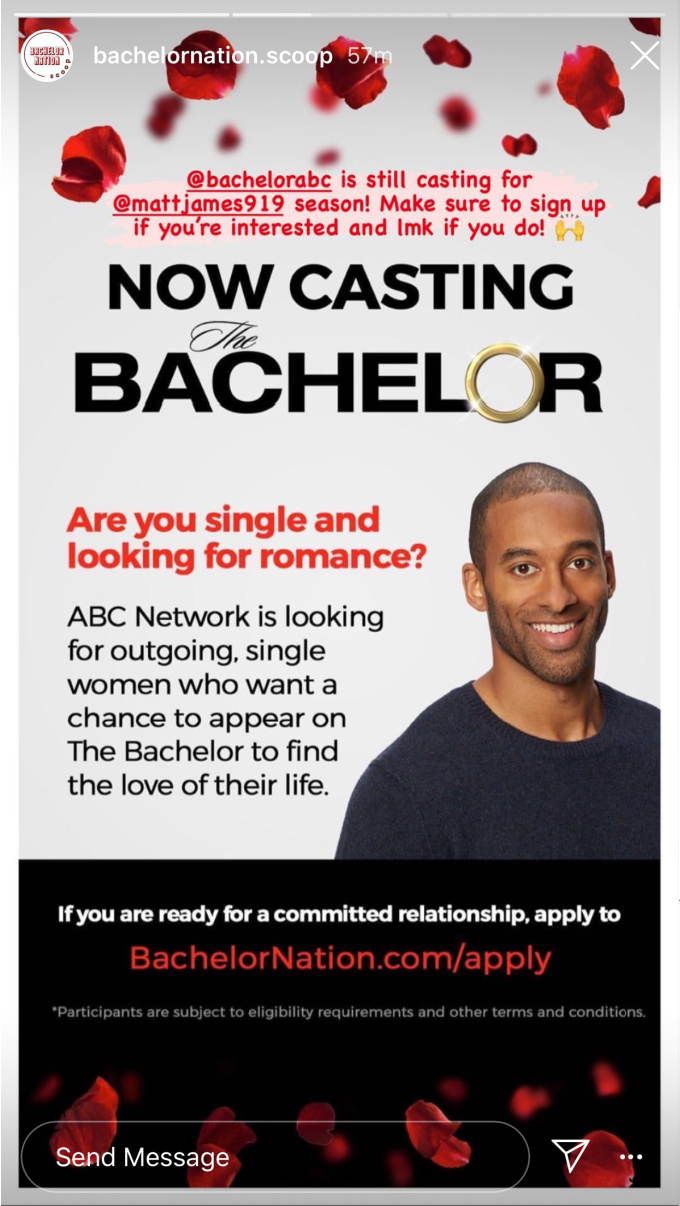 Interested contestants can apply on BachelorNation.com/apply for a chance to get featured.

As producers are still scrambling to supposedly find women, several Bachelor Nation stars are heading to Pennsylvania to stay at the resort.

It was earlier this week that Monsters & Critics reported that the Bachelor would be filming in Nemacolin, Pennsylvania.

Yesterday, Reality Steve shared that Jason Tartick, Peter Weber and Kelley Flanagan were all heading to Nemacolin where the new season will film. 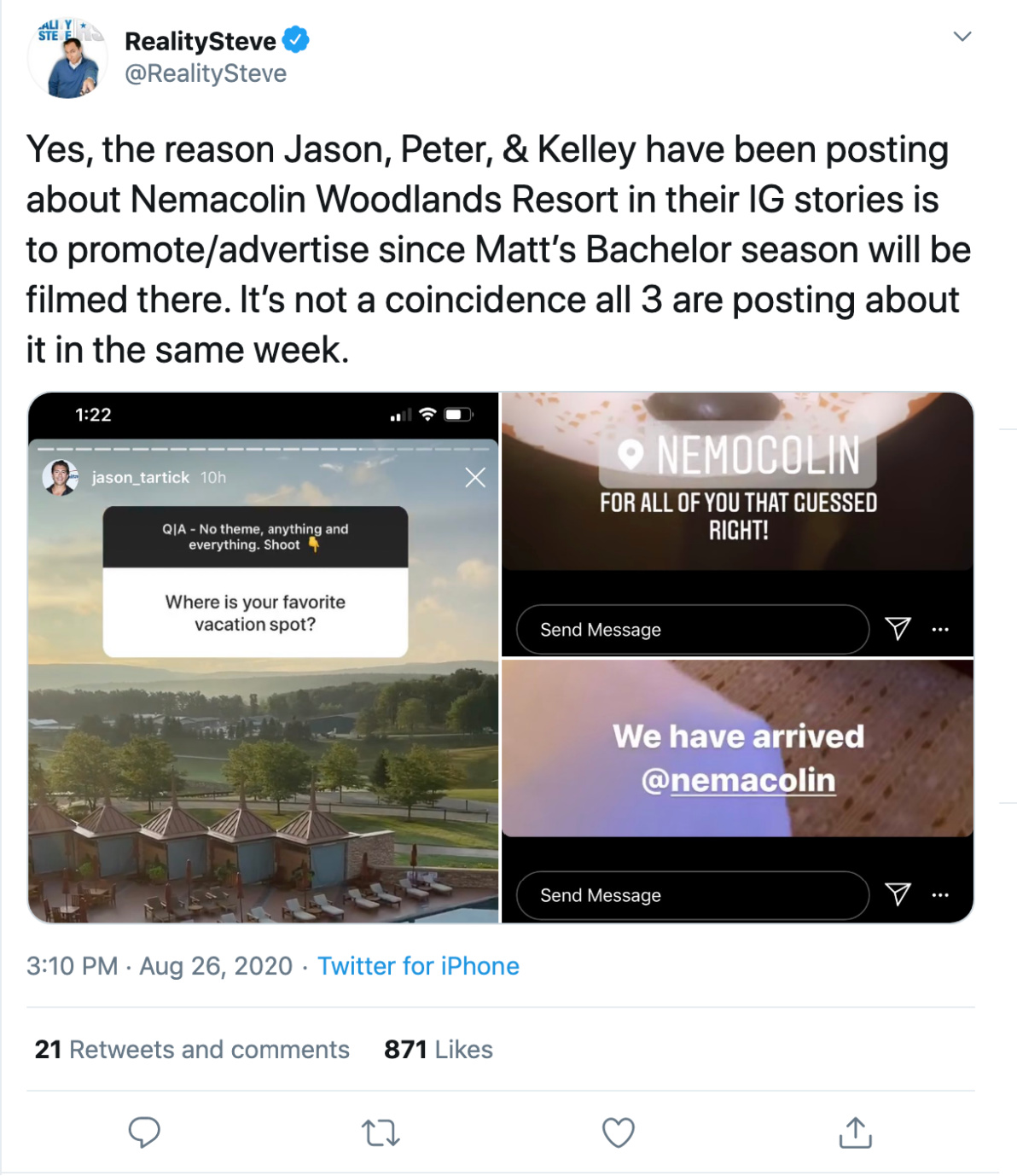 The new season isn’t expected to start filming for a couple of weeks, but it’s possible that the cast members are going into quarantine to ensure they don’t have COVID-19 before they film for Matt’s season.

Since Matt is close friends with Tyler Cameron, it is interesting that Tyler isn’t going to Pennsylvania to go into quarantine to be a support system for Matt.

However, Matt may have an interesting connection to Clare Crawley’s season. While Matt was supposed to film Clare’s season of The Bachelorette, he may be friends with Dale Moss. Matt reportedly hung out with Dale last fall for a Friendsgiving event hosted by Dale.

As Bachelorette fans now know, Clare quit filming The Bachelorette after 12 days, because she felt she had found the one in Dale. The two are reportedly engaged. Because of the shortened season, producers pulled in Tayshia Adams to be the next Bachelorette.

Dale was spotted back in New York City, looking happy as ever. Fans are excited to see how her season of The Bachelorette plays out in September when it airs on ABC.

The Bachelor: The Greatest Seasons — Ever airs Mondays at 8/7c on ABC.