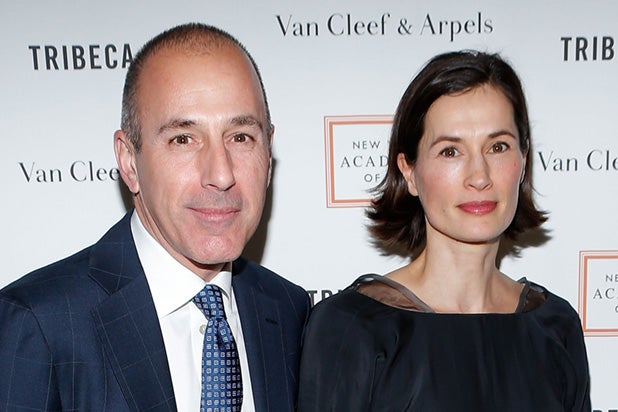 Matt Lauer’s wife, Annette Roque, has filed for divorce, just over a year and a half after Lauer was fired from NBC following accusations of inappropriate behavior.

Roque filed the paperwork in Suffolk County, New York on Tuesday, People magazine reported. But according to ET, which first reported the news, the paperwork was filed July 2.

Roque previously filed for divorce in 2006, saying that she suffered “cruel and inhumane” treatment. The two eventually reconciled and Roque withdrew the paperwork. The documents were obtained and published by the National Enquirer in 2014.

Representatives for Lauer and Roque did not immediately respond to requests for comment from TheWrap.

Lauer was fired “for cause” as host of NBC’s “Today” in November, 2017,  after a colleague filed a complaint of “inappropriate sexual behavior in the workplace” against him. Lauer apologized in a statement shortly after, but said also that “some of what is being said about me is untrue or mischaracterized.”

NBC subsequently conducted an internal investigation, and said later it had determined that the very first accusation against Lauer came the same month he was fired, and that no complaints were made prior to that point.

“We found no evidence indicating that any NBC News or Today Show leadership, News HR or others in positions of authority in the News Division received any complaints about Lauer’s workplace behavior prior to November 27, 2017,” the report, released in May 2018, said.