Matty has Moira and Amy jailed in Emmerdale as he confesses the truth? 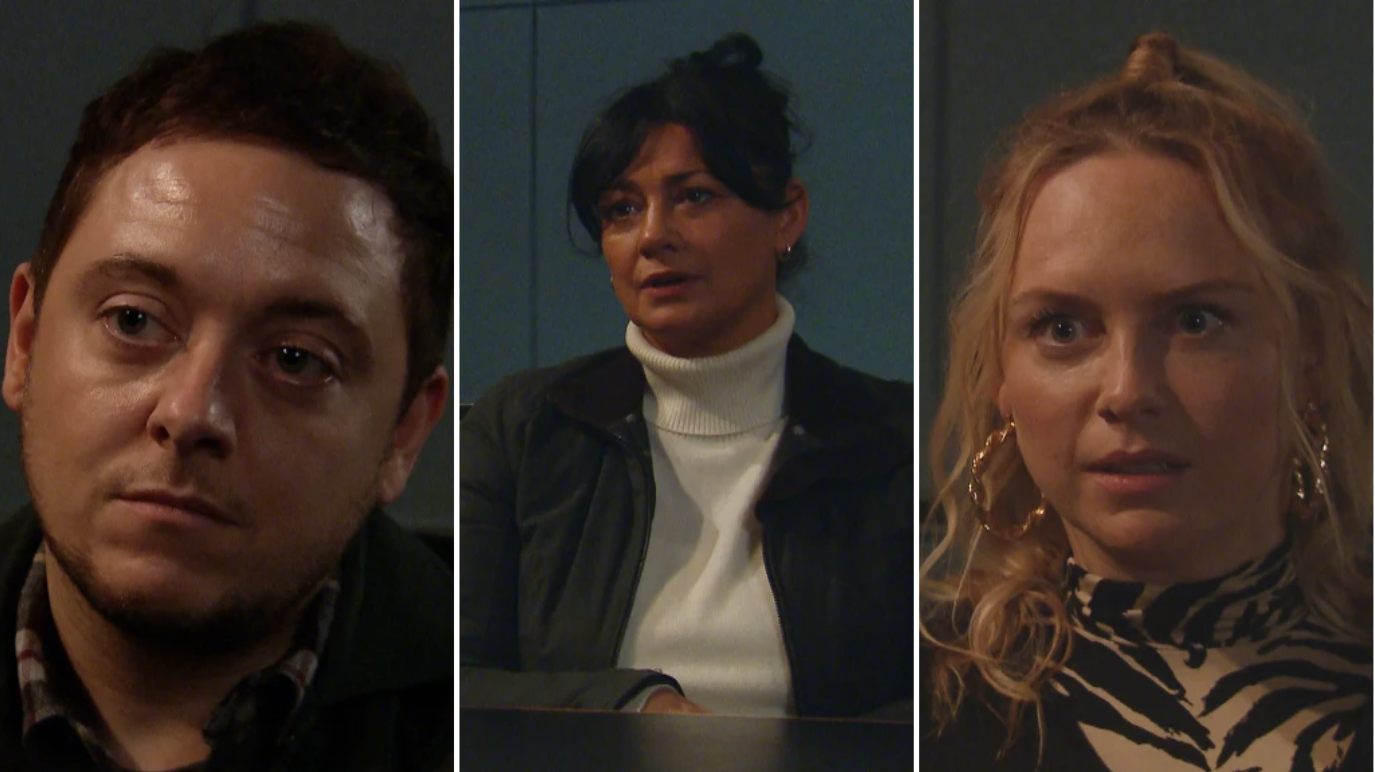 There were tense moments in tonight’s Emmerdale for the adults involved in covering up Kyle (Huey Quinn)’s part in Al Chapman (Michael Wildman)’s murder.

Moira (Natalie J. Robb), Amy (Natalie Ann Jamieson), Mackenzie (Lawence Robb) and Matty (Ash Palmisciano) were all taken in by the police and questioned separately about the aftermath of the murder, and specifically why Amy and Moira had taken Kyle and Isaac (Bobby Dunsmoir) away from the village soon after Cain (Jeff Hordley) was arrested.

Sgt Ravely (Shakil Hussain) told Moira and Amy that he thought it was odd behaviour under the circumstances, but they stuck to the story that it was to get the boys away from the stressful situation after Cain’s arrest. Even when the officer revealed that he knew they’d gone to Belfast rather than Scotland as they originally said, they stuck to the story. Mackenzie was also standing firmly by the line that they’d agreed between them.

If any cracks are going to show in this united front it looks like it’ll be Matty who flinches first. He’s always been more nervous about the whole idea of Cain taking the fall for Kyle, worried about the boy’s mental health if he has to live with the guilt of what he’s done without any help.

Possibly sensing that Matty was the weak link in the chain, Sgt Ravely reminded him that if the group was lying they would be perverting the course of justice, for which they could go to prison for a very long time.

Once the questioning was over, the four assembled back at Butlers Farm to talk about what had happened. They were relieved that they’d all stuck to the story, but Matty was tense. He told them that their actions could lead to them all being put in prison.

‘I can’t help but worry what happens if it all goes wrong,’ he told the others. ‘This isn’t something minor like shoplifting. Technically we’ve covered up a murder. It could end in a life sentence each – then Kyle would have no one, would he?’

As Mack, Amy and Moira looked worriedly at each other, Matty’s words sunk in. But could he be the one to break their pact and tell the police everything?

And if he does, what will the consequences be for the people who stuck to the story?