Max George, 30, cuddles girlfriend Stacey Giggs, 40, on holiday in Marbella as she shows off figure in denim hotpants

MAX George and Stacey Giggs looked loved up as they enjoyed a sun-soaked holiday in Marbella.

The 30 year old singer cuddled 40-year-old Stacey as she showed off her enviable figure in a pair of denim hotpants. 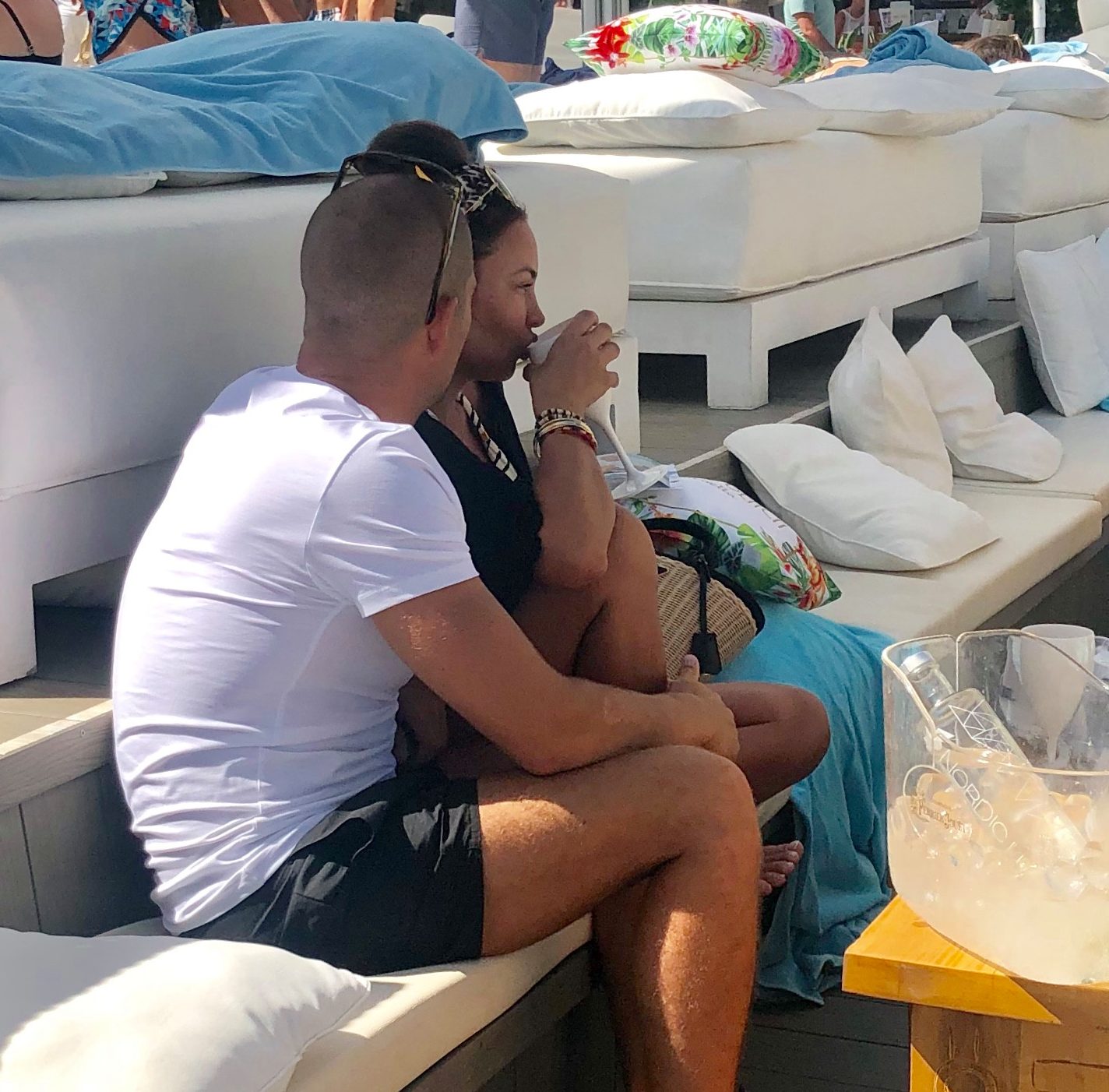 The two were in high spirits as they enjoyed some drinks by the pool before holding hands and going for a stroll together.

Stacey looked effortlessly chic in her tiny shorts, which she teamed with a striped, black and white bikini top and black cover-up.

She accessorised with a leopard print headband, stylish sunglasses and an anklet on her bare feet as she carried her sandals.

Her long dark hair was kept away from her face in a big bun, and the mother-of-two could be seen holding back a smile as she walked in the sun. 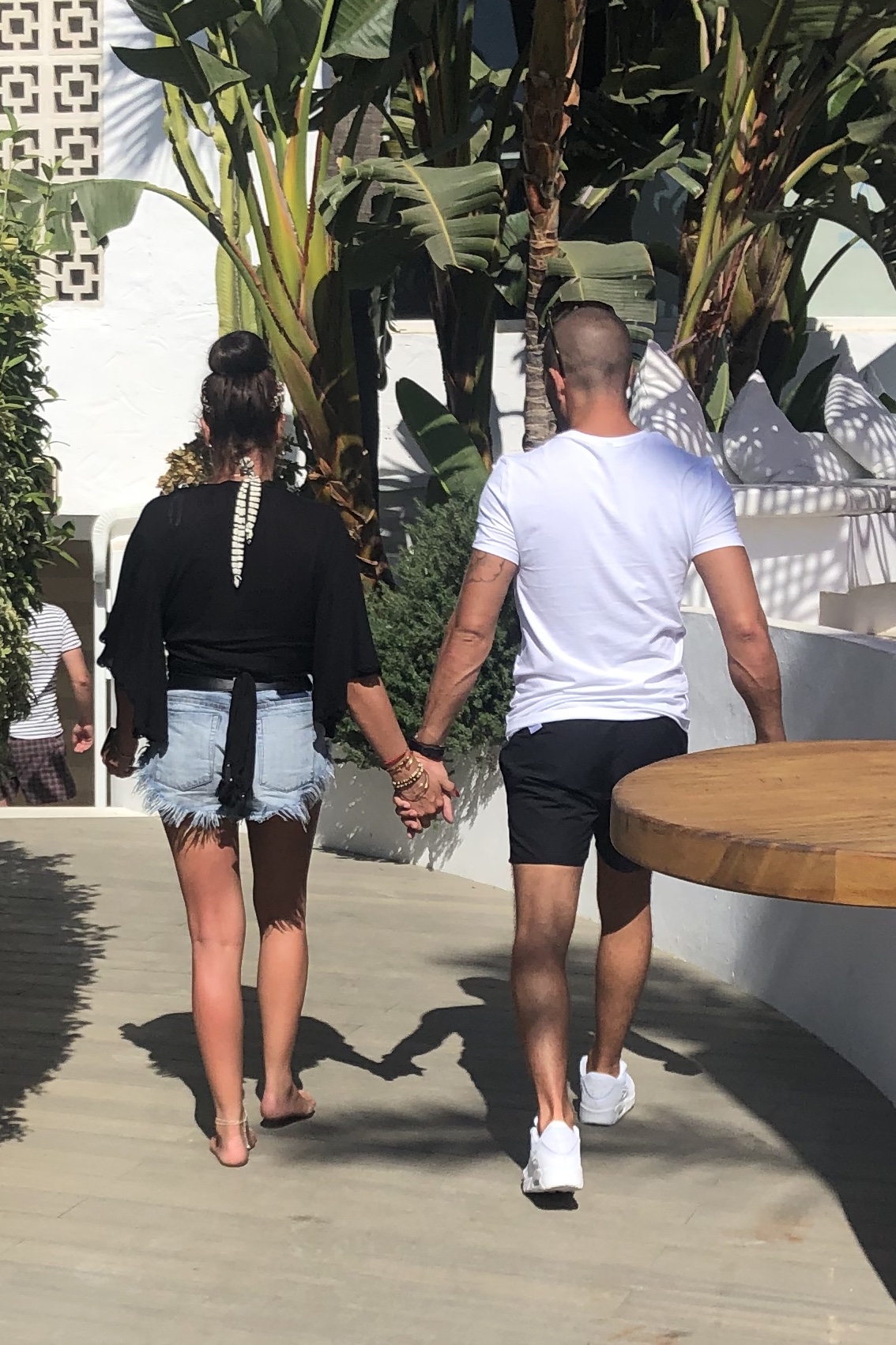 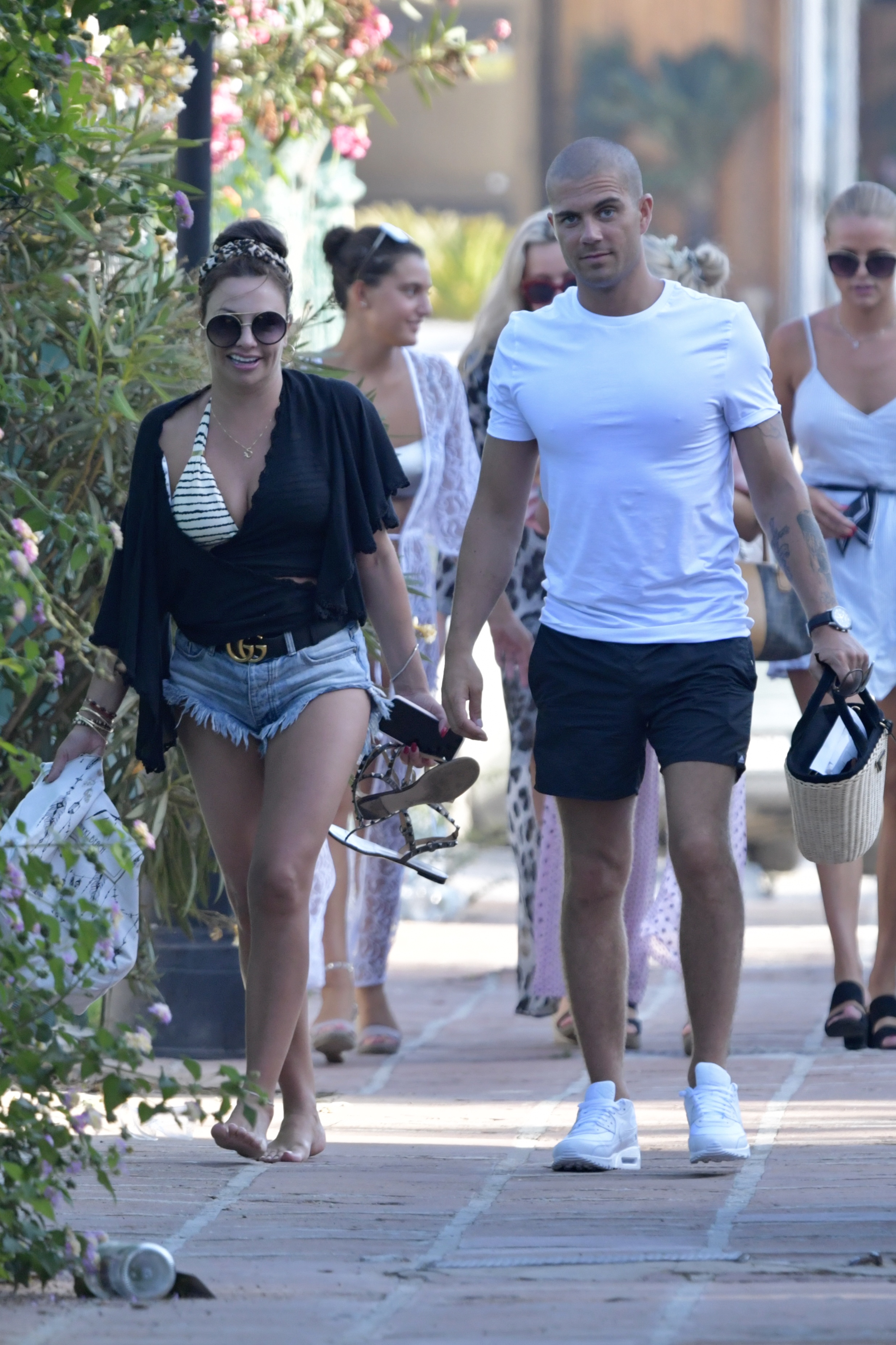 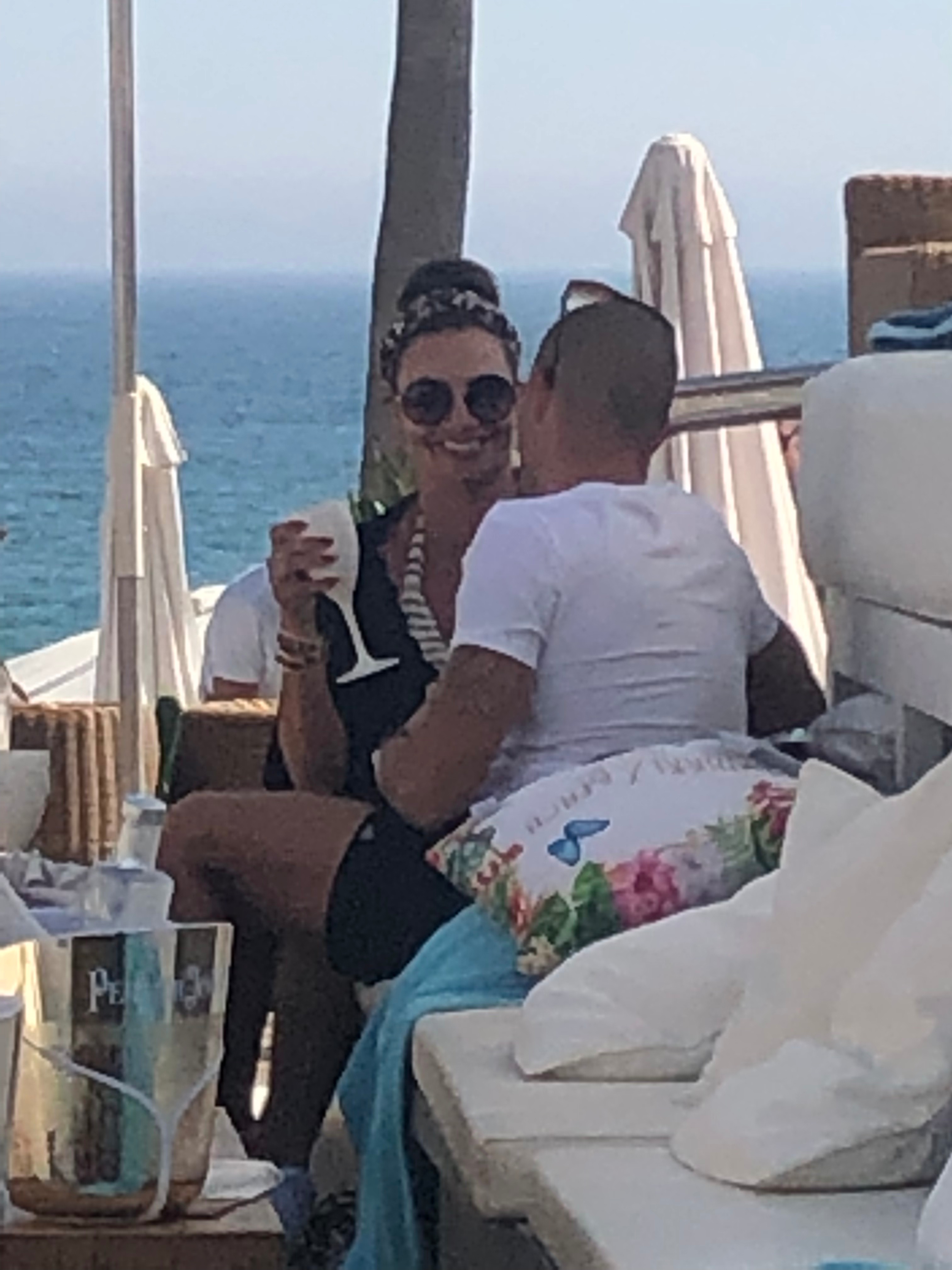 Meanwhile, Max proved himself to be a gentleman as he seemingly carried his girlfriend's straw handbag.

He was also dressed casually in a white T-Shirt that showed off his multiple tattoos and a pair of dark shorts.

While Stacey shunned footwear, Max finished his look with a pair of white trainers.

Max and Stacey confirmed their relationship back in May, sharing a sweet photo of themselves kissing in Ibiza to Instagram. 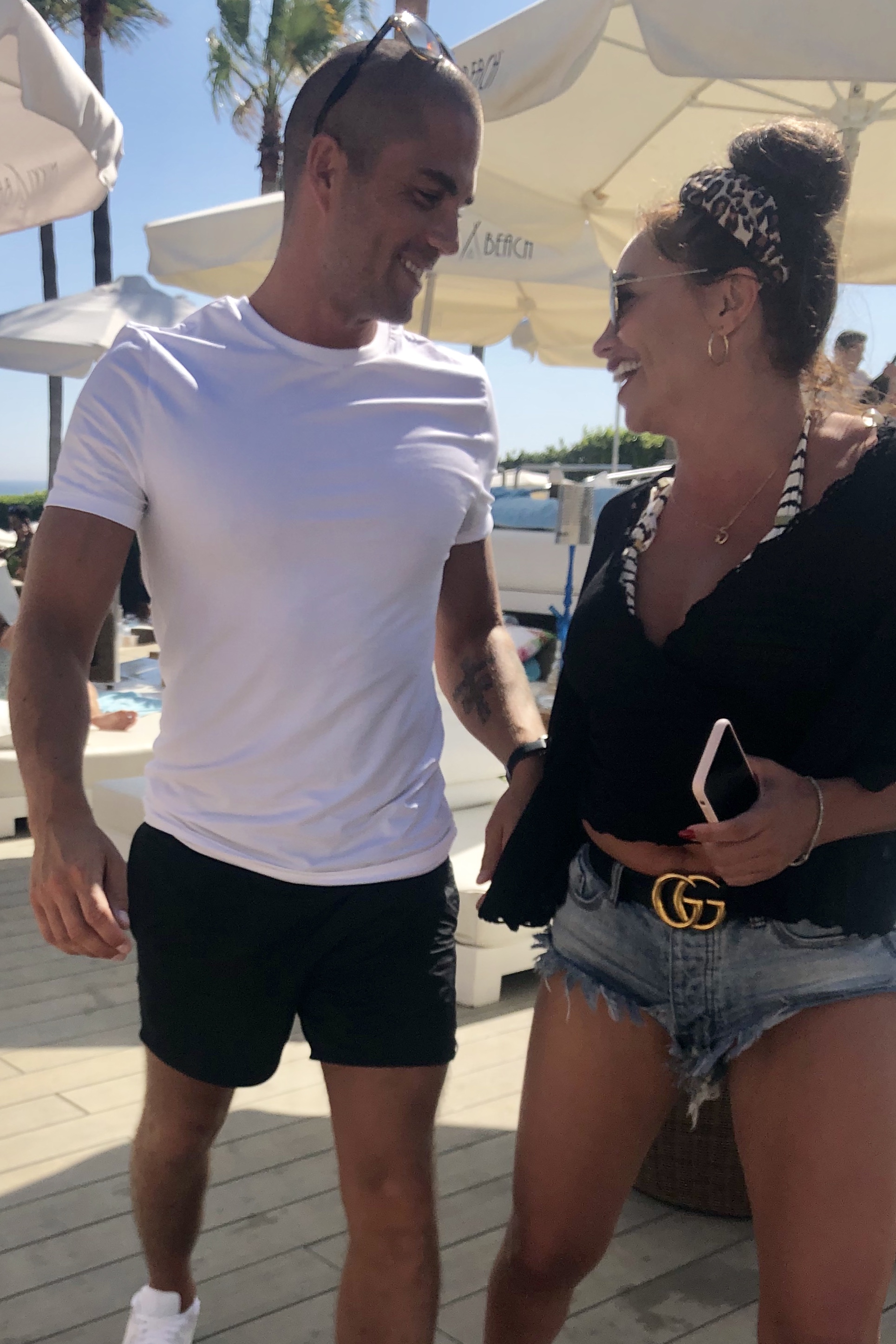 It came one month after The Sun Online revealed that the two had found love – three years after Stacey called time on her marriage to loverat Ryan Giggs.

She was married to the footballer for ten years, with Ryan cheating on her multiple times throughout their relationship.

The star had an eight-year affair with his brother Rhodri's wife Natasha Giggs and was linked to Big Brother star Imogen Thomas – taking a gagging order out on the latter to try and keep the scandal a secret.

Stacey's final straw came in 2016 when Ryan was linked to a PR executive – and she sought half of his £40million fortune in their divorce battle. 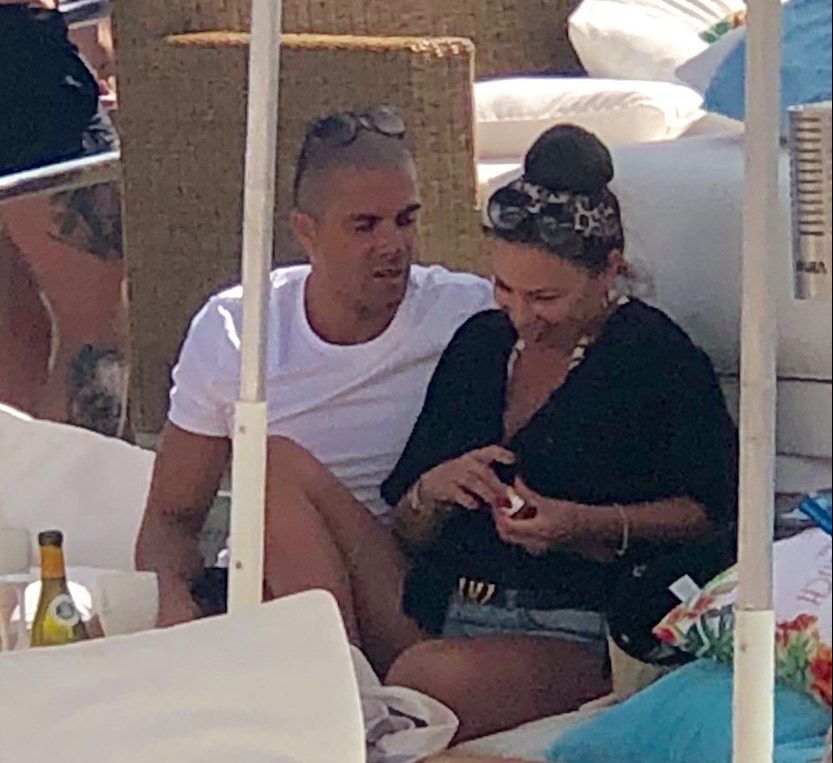 Max is the first person that Stacey has publicly dated since the split after they met at the John Gilbert pub in Worsley at the start of the year.

A source previously told The Sun's Bizarre column: "Stacey has always been a massive fan of The Wanted and hit it off with Max straight away when they were introduced at a local pub in Manchester.

"They haven’t been flaunting their romance like teenagers, but Max has been staying over at her house and the kids are cool with it.

"He’s a really friendly, down-to-earth guy and they get on great together." 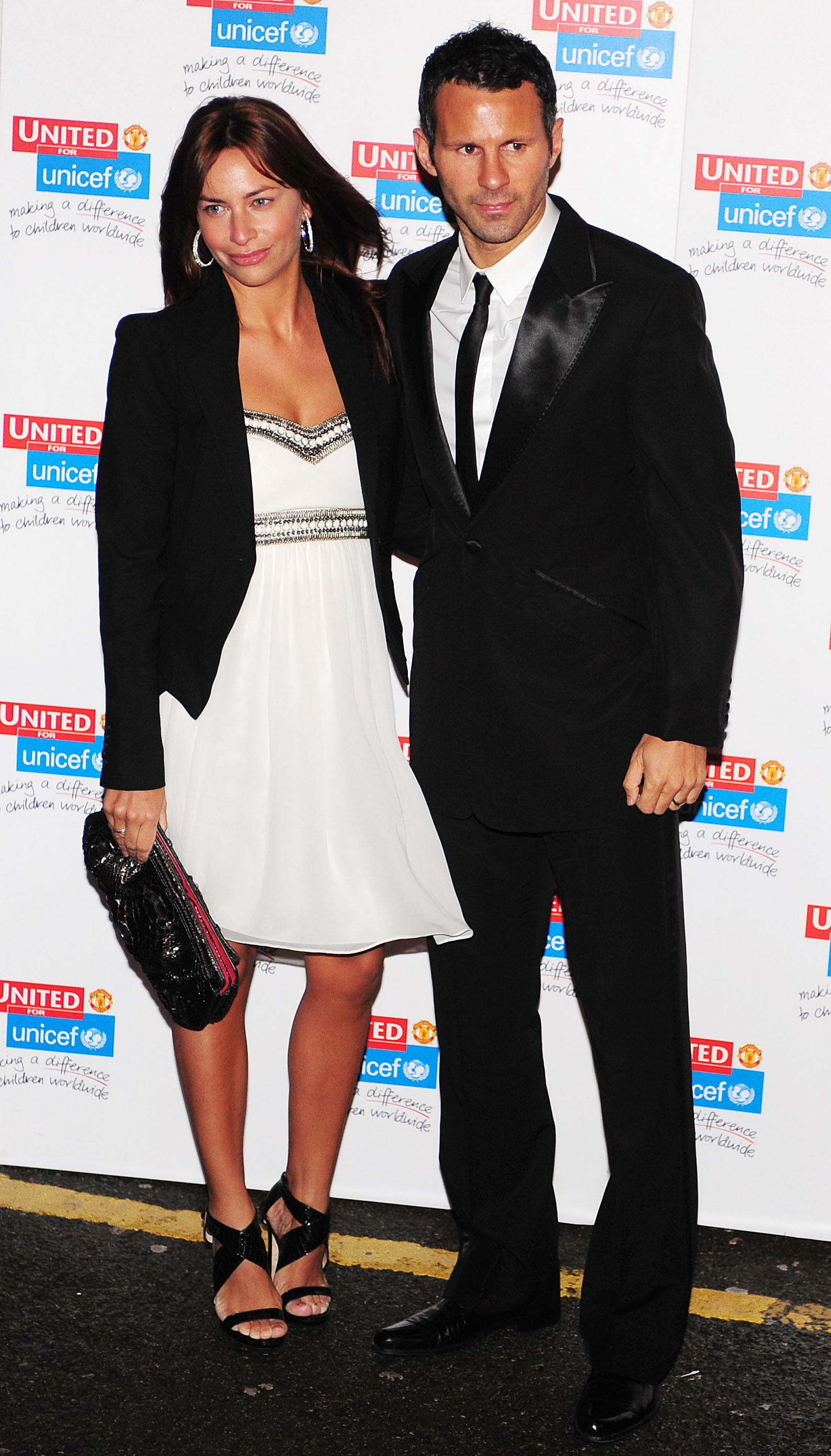 The insider went on to add that Ryan "totally humiliated" Stacey during their marriage, but she has now "moved on" and couldn't be happier.

Max was previously engaged to Michelle Keegan, who he split with in 2012.

He has also been linked to Sports Illustrated model Nina Agdal and actress Lindsay Lohan in the past.

Stacey has two children with her ex-husband, 16-year-old Liberty and 12-year-old Zachary.