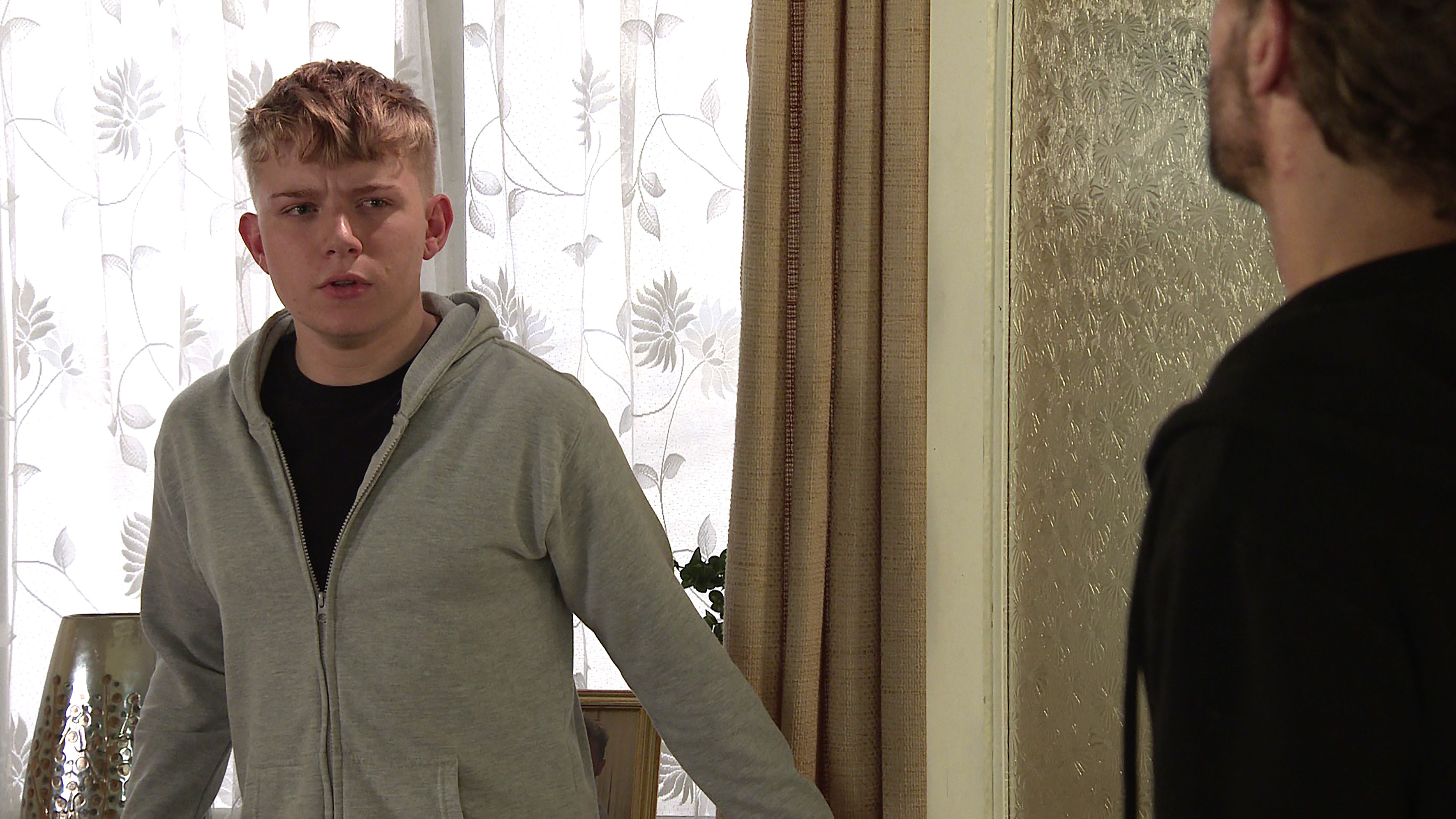 The Coronation Street storyline featuring Max Turner (Paddy Bever)’s indoctrination into an extremist gang takes a sickening turn in upcoming episodes when he gets a new role as the gang’s ‘official videographer.’

We’ve already seen that Max is a dab hand with video editing. When Griff (Michael Condron) addressed a meeting at the community centre, Roy (David Neilson) demolished all of his right-wing arguments with common sense and general knowledge – only for Max to edit the footage so it looked like Roy was backing up everything Griff had been saying.

In coming episodes, Max is once again instructed by Griff to ‘massage’ the truth by making a video that seems to show that Griff was attacked by a gang of Muslim lads, together with an incredibly racist commentary.

Griff has groomed Max by picking up on his vulnerability. Because of his troubled past, Max is susceptible to anyone who singles him out as special and gives him praise.

Although he’s occasionally seemed to be uncomfortable with the views of Griff and his gang, they’ve still managed to draw him into their world by treating him as an adult and including them in the gang, giving him a place where he feels more valued than he does at home.

Max feels even more special when Griff presents him with a top of the range video camera and tells him he’s now the group’s official videographer. he also gives him a new laptop to edit films on and tells him that he’s in charge of running the gang’s social media.

Can anyone stop Max from being dragged further into this murky world?