Michael Ball has urged people to ‘do their duty’ and get the coronavirus vaccine as he paid a moving tribute to Captain Sir Tom Moore.

Speaking on The One Show, the singer had a message to viewers after the much-loved veteran died at the age of 100.

Michael knew Sir Tom well, having recorded a charity version of You’ll Never Work Alone with him and members of the NHS last year. He revealed he had spoken to Sir Tom’s family on Tuesday.

‘The most important thing I think I found out about Tom was his sense of duty,’ speaking about Sir Tom on the show.

Urging viewers to get themselves vaccinated, Michael said: ‘If you’re thinking about it, don’t. Just have the vaccine. It’s kind of your duty. That’s what Captain Tom felt, that’s what I feel. That’s what most of us feel is the right thing to do.’ 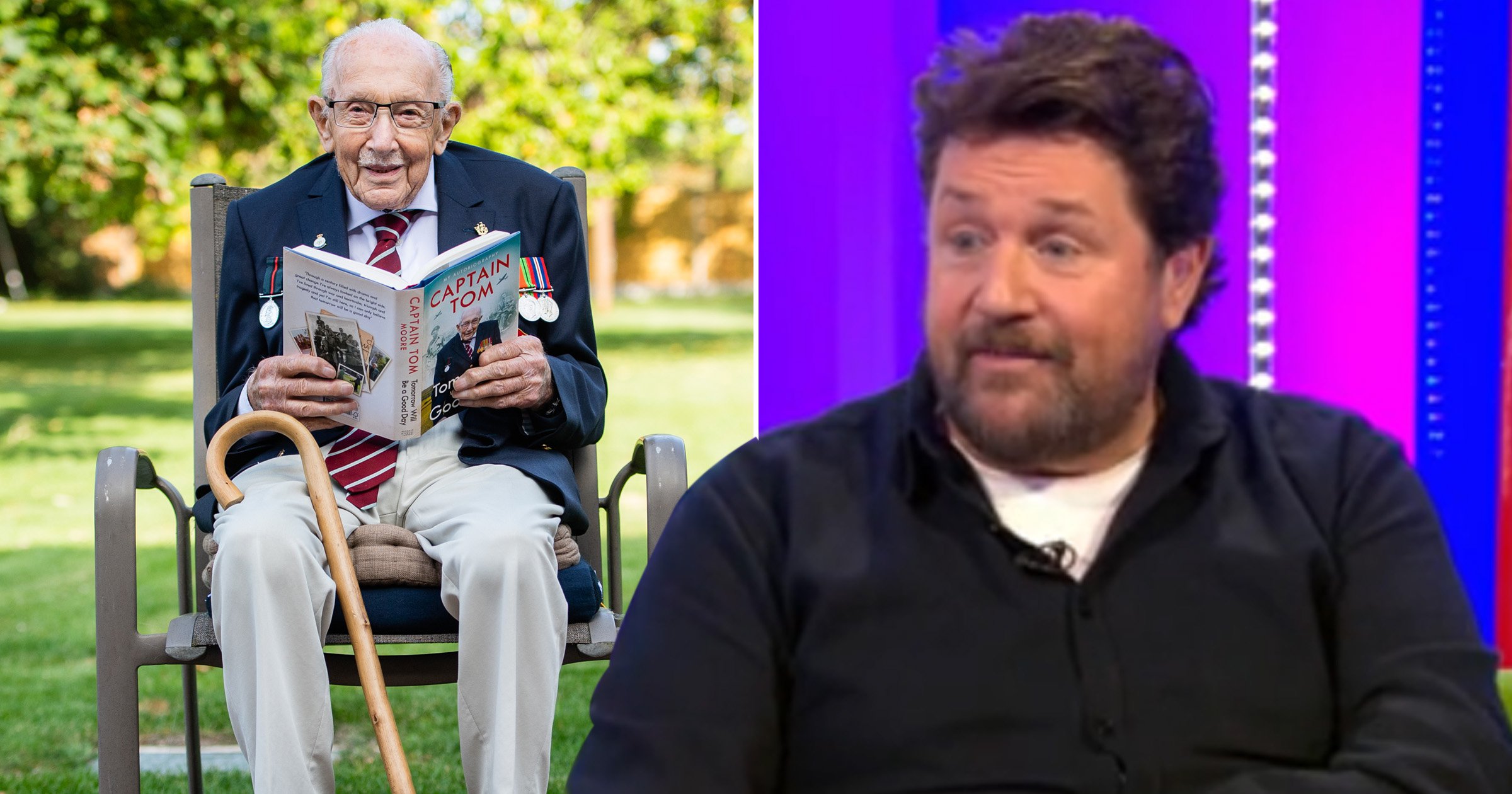 Speaking about Tom’s family, Michael said: ‘Obviously, they’re so sad and coming to terms with it. She described the last few days with him in the hospital… He was so proud and so content. He didn’t suffer.’

Michael also said that ‘getting knighted by the Queen was the proudest moment of his life.’

‘He’d understand that we’d be sad and that we’re feeling a loss. But he would absolutely want us to remember what has happened, what we did, how we all came together, how we united, how we found in him a beacon,’ Michael added.

Sir Tom raised more than £32million for the NHS after completing 100 laps of his garden in time for his centenary and helped to inspire the nation in lockdown.

Tributes have poured in for Sir Tom, including from the Queen, who knighted him at a special outdoor ceremony at Windsor Castle in July.

The army veteran had been suffering from pneumonia and Covid-19. He was admitted to Bedford Hospital on January 31.

The One Show airs on weekdays at 7pm on BBC One