The international hit from Netflix has finished filming and the anticipated conclusion to the Spanish heist crime series has finally announced the release date as September 3. An image of a new cast member played by José Manuel Seda has fans theorising what role the supposed villain will take in the upcoming season of Money Heist.

A recent photo of the series’ new villain has led to viewers taking to Reddit to discuss his role in the show.

Seda’s as yet unnamed character has been teased as the latest nemesis of the group in season five.

The photo shows Seda standing next to an army vehicle and dressed in a military uniform.

Though, fans have spotted the character has a gun holstered in exactly the same way Berlin (Pedro Alonso) did. 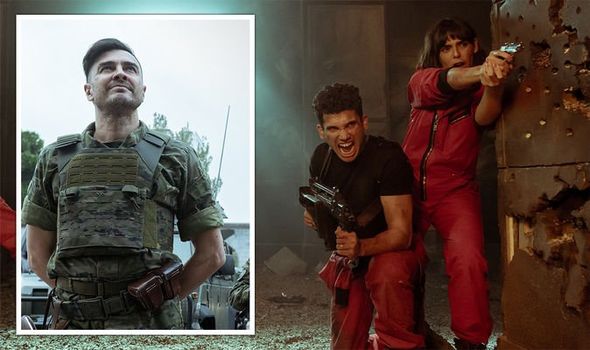 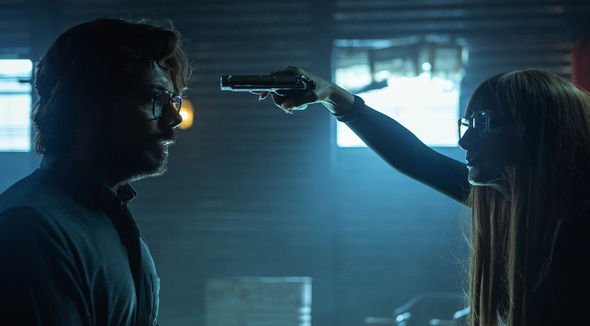 Could Seda’s character perhaps be helping the gang with their ambitious gang?

Fans certainly think so, with many taking to Reddit to discuss the new character.

One user wrote: “Considering he has guns in a holster like Berlin did, it’s instantly clear he has power.

“Along with the smile on his face, that just shows he’s either sick, wants revenge or wants to do his job like Gandia [José Manuel Poga] did,” they continued.

“Or maybe the smile is something related to him being on the gang’s side? Maybe he’s helping them…” 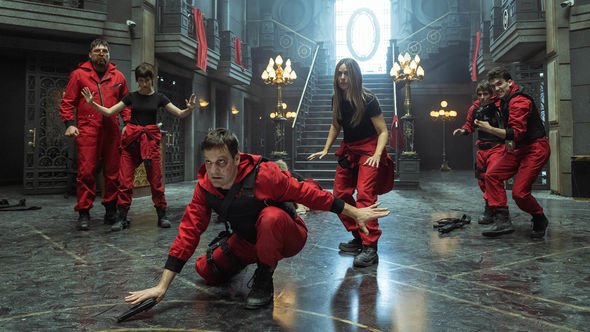 Other viewers noted the series has not had a compelling villain since season two, so Seda’s character would be a refreshing change.

“This show hasn’t had a single 3-dimensional “villain” since part 2, so this one will also be an absolute d*ck with no redeemable qualities,” another noted.

However, as tension mounts and stakes continually rise for the group of thieves, outside assistance would be of great value in season five.

Though, one fan appeared worried by his presence, saying: “I’m sure he’s going to kill everyone.”

The new images have certainly sparked curiosity, as well as concern, for the fates of the characters.

In the meantime, the cast have been posting on social media in the run up to season five’s release.

Teasing viewers even more, actor Miguel Herrán posted the latest character poster of Rio in action on Instagram, with the caption: “I’m looking forward to September 3.”

For a further tease for the future, series creator Álex Pina also recently hinted to Oprah Daily about the possibility for some spin-offs of the show.

He said: “We do have many possibilities for some spinoffs, yes, and I think that’s thanks to the strong and powerful identities of the characters.

“So I think almost every character of Money Heist has a duality that we would like to see in a spinoff,” Pina concluded.

Money Heist follows The Professor (played by Álvaro Morte) and his ambitious plan to escape the Royal Mint of Spain with €2.6billion.

The Bank of Spain later becomes a target in an increasingly dangerous second heist.

The non-English-language series and one of Netflix’s most watched of all time, Money Heist, was renewed by the streaming service in 2020.

The award-winning show is set in Madrid, Spain, and follows criminal mastermind The Professor as he exacts his plan with his team.

All seasons of Money Heist are currently available to stream on Netflix.