Money Heist brought fans to the edge of their seats in the latest season of the Netflix show as their ploy in the Royal Mint, once again, didn’t go as planned. The Professor (played by Álvaro Morte) has been a constant surge of support for his team, trying to give his team both the plans and the means to exact their robberies without fail.

Despite this, the team have always hit upon some drastic situations.

While this was not always The Professor’s fault, he has always been on the side of his team no matter what.

One major flaw in his plan, however, was when he started a romantic relationship with former inspector Raquel Murillo (Itziar Ituno) – otherwise known as Lisbon.

Although The Professor previously demanded the team keep all romantic and personal relationships at bay during their working together, he ended up going against his own advice. 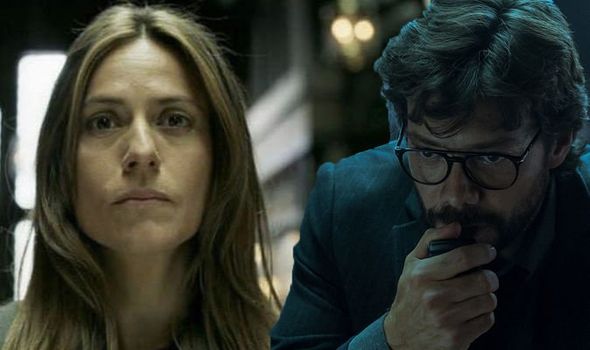 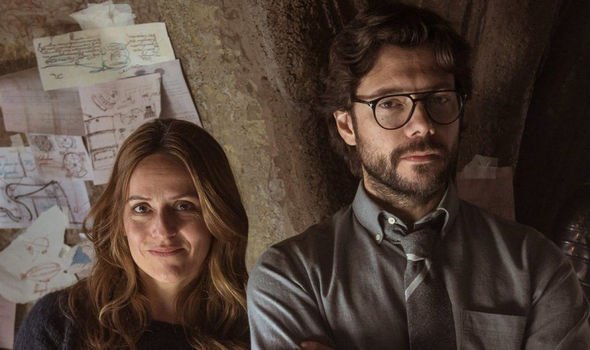 Now, fans of the show have been speaking out about how The Professor is going to conclude his story.

During this festival, the fan explained The Professor star Alvaro gave some details on how he thinks the character ought to end his journey.

The fan wrote: “He basically says that he sees the Professor go back to his former self. 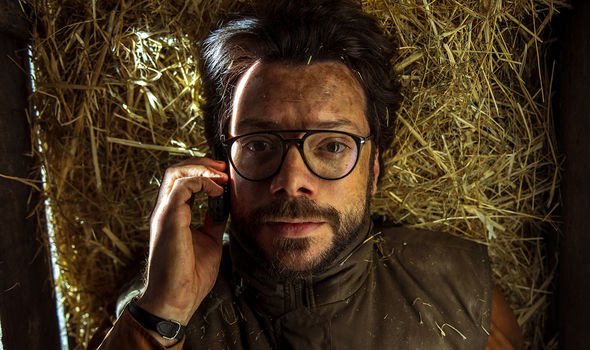 “The lonely person that he has always been before the heist and before he met Raquel or the band.

“He says that the heists were a very small part of Professor’s life and a very small period of time in his story, whereas he’s used to being solitary for a majority of it.”

If The Professor was keen to go back to his normal life after the heists were over, would he turn away from his new friends, and indeed his new lover Lisbon?

Lisbon would no doubt be devastated by this, as she changed a lot of aspects in her life just to follow The Professor into his next mission.

If The Professor did this, would Lisbon want to seek revenge from the mastermind?

During the interview in question, the star did explain how he would like to see his character going back on his original trajectory.

“The Professor was a very weird guy, a very lonely guy and what happened with the band and finding love, it really is a small chapter in his life.

“If we’re talking about the end of the character, I think at one point, I’d like to see him go back to that loneliness.

“That solitary life that he’s more used to and seems more comfortable in. So I hope you’ll respect that.”

Could Álvaro know more about the character’s conclusion than he is letting on?

Money Heist seasons 1-4 are available to stream on Netflix now.