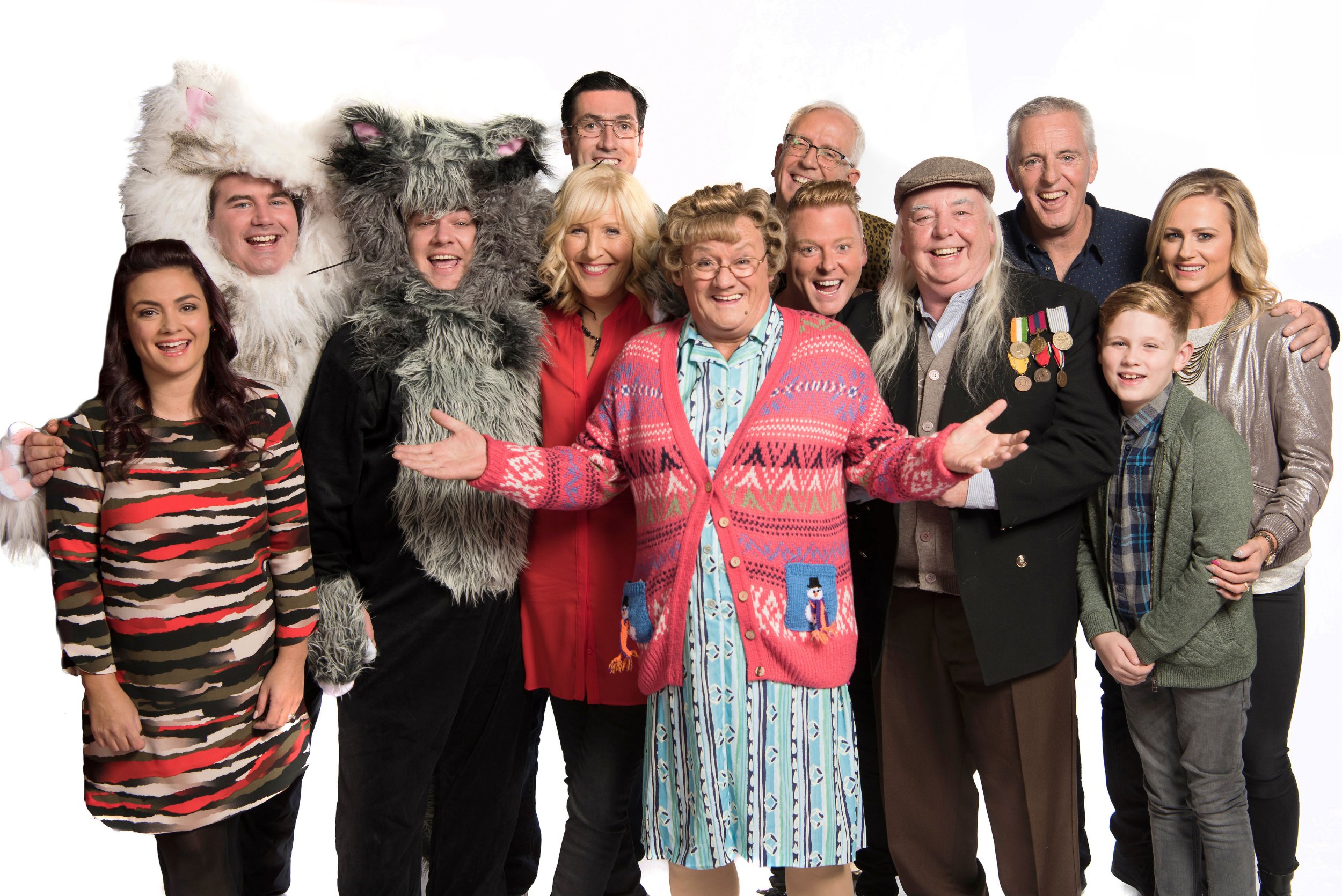 Fiona O’Carroll said her father Brendan has ‘always made it clear that they were replaceable’ on Mrs Brown’s Boys.

Fiona, who’s the real-life daughter of the sitcom creator Brendan O’Carroll, plays Maria Brown on the BBC comedy while Brendan stars as the witty Agnes Brown.

The sitcom is known for bringing in the laughs, however, the 41-year-old actress revealed the environment was a little tense behind the scenes.

‘Dad has always made it very clear that we’re replaceable. He’s a very shrewd businessman and wants 110 per cent from us and won’t tolerate less.’

‘He knows that people think we’re only there because of him, so he tells us that we need to work even harder,’ she added to the Sunday Times.

Brendan, 66, recently revealed he is releasing his first autobiography charting his time on Mrs Brown’s Boys and beyond.

It comes after it was revealed earlier in the year that Mrs Brown’s Boys is said to be returning for its first full series on the BBC in nine years.

A source told The Sun earlier in the year: ‘Everyone is very excited, it’s lovely to be working on another series. The cast can’t wait to see Brendan’s scripts.’

Another source added: ‘This is something that everyone wants to happen, and we are working out the schedule for 2022/23’.

In 2020, Brendan confirmed that Mrs Brown’s Boys will continue on the BBC until at least 2026 in a massive new deal.

He told The Irish Sun: ‘It’s incredible that the BBC have nailed down such a special slot for Mrs Brown.

‘We’ve been doing it for nine years already — which is six more than the Royle Family had and more than Morecambe and Wise.

‘This new deal we signed last week goes all the way to 2026, which means I will be able to grow into the part, and we’ve a clause in which guarantees Mrs Brown is aired at 10pm on Christmas night, or else we don’t have to make it.’