Dee (played by Madeleine West) was reunited with ex-husband Toadie Rebecchi (Ryan Maloney) on Neighbours last week, almost two decades after the Ramsay Street icon believed his wife had died in a horrific car crash on their wedding day.

The details around Dee’s mystery disappearance were linked to a case of mistaken identity as a notorious gang believed Toadie’s ex-wife had witnessed a crime before her wedding day, when in fact it was Andrea as she had been dating one of the gangsters.

Andrea tried to trick Toadie one more time into believing she was Dee after pushing his ex-wife off a cliff and leaving her for dead, only for the trickster’s mother Heather Schilling to save her daughter’s double, paving way for the “dead” character to return to Erinsborough.

Recent scenes on the Channel 5 soap have seen both Andrea and Heather put behind bars for their devious plans as well as wrecking havoc for the late Sonya Rebecchi (Eve Morey), but the truth about their connection to Dee is soon to be revealed.

Next week, Dee will come face-to-face with her doppelgänger once more in order to get to the bottom of why the pair look identical despite not being related.

After Andrea agrees to a DNA test, it will be explained Dee and her double are actually twins separated at birth after their mother Heather went through a harrowing ordeal and built herself a constructed false memory to escape the pain of what she went through.

Heather gave birth to her daughters in a shelter under immense stress with only a nun from a local convent helping her through the labour before Sister Grace handed over Dee to the Bliss family.

Speaking about the final twist in the Dee Bliss saga, Heather Schilling actress Kerry Armstrong has spoken out about the huge twist to conclude the 16 year plot.

“When they told me what the outcome was, I nearly died,” Kerry exclusively revealed to Express.co.uk.

“I remember I was about to go on holiday and the producer rang me and he said, ‘Kerry, I’m just going to talk through the storyline with you.’” 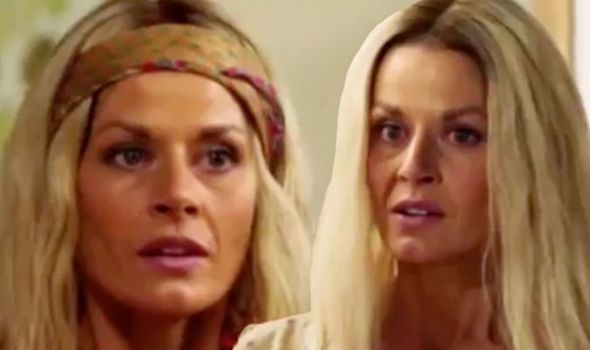 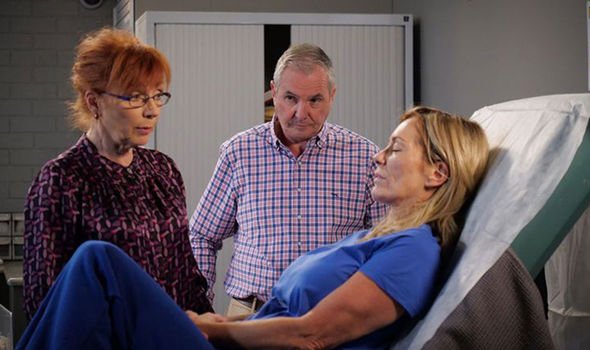 It’s so mythical the storyline

Actress Kerry continued: “Halfway through I said to him, ‘I’m just going to sit down because I can’t believe what you’re telling me.’ What I love is it’s so mythical the storyline.”

Speaking about the circumstances of Heather’s ordeal as a young woman, Kerry explained: “It’s so outrageously real and what’s extraordinary is in Australia, we’ve got a whole bunch of people from the stolen generation and they lost their families, they lost their lives.”

The stolen generation were children of Australian aboriginal descent who were forcibly removed from their families by state government agencies and church missions due to their ancestry.

“What you’re going to find out which is the brilliance of this storyline is that we’re talking about a woman, Heather, who was a victim of actually circumstance and that to me was the crux of the entire issue that she always, always knew she didn’t belong. 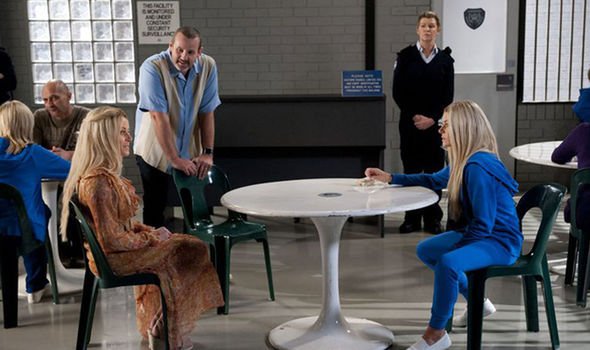 Speaking of the two year mystery surrounding Andrea’s presence on Ramsay Street and the reemergence of Dee, Kerry said: “It’s so Shakespearian the whole thing to me.

“The trust Neighbours has in their audience and the trust they’ve got in the cast to actually say, ‘The sky’s the limit. Don’t put any lids on it. Let’s actually go into territory that is so outrageous.’”

However, could love still be on the horizon for Dee and Toadie after the events of the past 16 years?

Dee confides in neighbour Susan Kennedy (Jackie Woodburne) she is starting to fall for her ex-husband all over again after reminiscing about their past.

Susan urges Dee to keep her feelings a secret, but how long can Toadie’s ex-wife be distant from her former lover?