Neighbours: Pierce and Dipi are confronted over their affair

Mackenzie (played by Georgie Stone) has been at the centre of some major high profile storylines since she arrived on Neighbours two years ago. At the moment, she is currently enjoying a romance with Hendrix Greyson (Benny Turland) but is struggling with the guilt she feels as her lover is the ex-boyfriend of her best friend, Harlow Robinson (Jemma Donovan). However, another challenge could come when her half-brother and half-sister turn up on Ramsay Street as her family history is explored a little further on the Channel 5 soap.

Last year, Mackenzie managed to rebuild bridges with her father Grant Hargreaves (Paul Mercurio) after he struggled to accept her gender transition.

Just when they were in a good place, the guest character dropped the bombshell he had two other children from his second marriage.

It came as a shock to the youngster as she felt she was all alone in the world and this led her to take a trip away from Erinsborough to meet her siblings.

The beloved character’s half-brother and half-sister have not been seen on-screen but this could be about to change.

Speaking to Express.co.uk, soap star Georgie explained she would love to see her character’s father and his other children rock up and turn her world upside down. 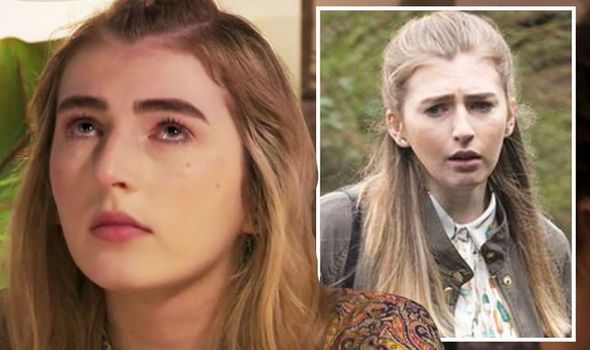 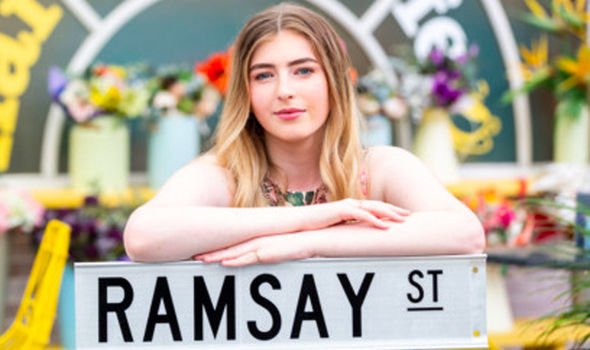 Asked if she would like to see her character’s sibling arrive, Georgie said: “Absolutely. As far as I know, she’s only met them once.

“So that would be amazing and I’d really love Paul Mercurio, who plays Grant, to come back because I love Paul.

“I would really, really love for Grant and the two half-siblings to come in, I think that would be a great way to continue to flesh out Mackenzie’s very complex history.

“I think that would be really interesting and I mean I love doing the dramatic stories and I like this comedy stuff, it’s been brilliant and I’ve been really loving it.” 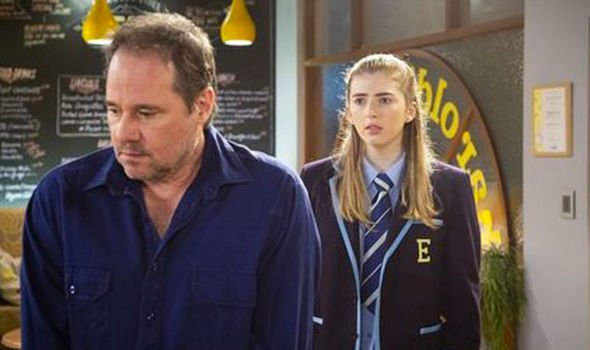 Mackenzie has a very complex history

“But, I would never say no to some complex, messy dramatic classic Neighbours messiness,” Georgie added.

With so many secrets already being spilled, there’s not much left for Mackenzie to uncover but as she spends more time with her siblings, she could become very suspicious.

Watching them with their father, the youngster could realise they look more like him than she ever has and this could put questions in her mind.

Looking back at photos of when she was their age with her mother, Mackenzie could realise she doesn’t look anything like her either.

As the penny begins to drop, the teenager might discover she is actually adopted and is not blood related to Grant. 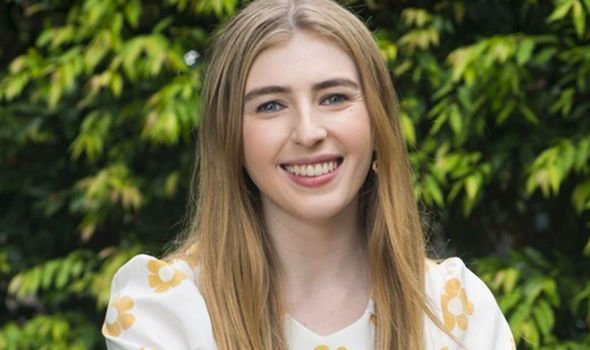 Grilling the man she believes to be her father, the beloved character could be left heartbroken if he confirms her concerns.

This would change Mackenzie’s life forever as she would feel her whole life has been a lie but it could also be a blessing in disguise.

Having felt like she never fit in with her family, it would give the youngster an understanding of herself a bit more.

This would then launch a new storyline on the soap where by the teenager goes on the search to find her birth family.

Mackenzie will surely have lots of questions as she would want to know why they gave her up and why they chose the Hargreaves’ to give her to.

Will she regret going to meet her family or will she get the acceptance she has always wanted from a family?

Taking to Twitter recently, fans have been enjoying seeing the character of Mackenzie in the latest romance storyline.

One viewer wrote: “Mackenzie needs to stop fretting over what Harlow thinks about her dating Hendrix #Neighbours.”

Another posted: “We need more of Mackenzie she doesn’t get much screen time #Neighbours,” with a third commenting: “Great seeing Mckenzie. she’s not in it enough #Neighbours

A fourth remarked: “Against my better judgment, I’m warming up to Hendrix and Mackenzie. It’s just so nice to see Mackenzie having some fun! They’re cute together #Neighbours.”

“I am shipping Mackenzie and Hendrix!! I’m down for seeing more of the fun side of Mackenzie #Neighbours,” a fifth shared.