It’s one of the most hotly debated music origin stories, pop’s equivalent to ‘Which came first – the chicken or the egg?’

And now the truth is finally going to come out 12 years after One Direction graced our screens – how was the chart-topping band formed and, most importantly, was it down to Liam Payne’s face?

To celebrate the What Makes You Beautiful group’s anniversary, The X Factor is releasing never-seen-before footage revealing how One Direction was created.

If the teaser trailer is anything to go by, the archive footage will clear up once and for all how the fivesome came to be.

The video will also hopefully answer the burning question of if One Direction was the result of, er, Liam’s face, as the 28-year-old sensationally claimed in Logan Paul’s podcast Impaulsive earlier this year. 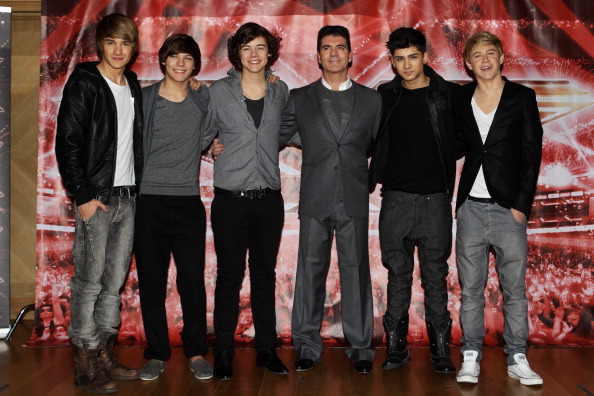 Clutching a picture of Niall Horan, Simon, 62, says: ‘He should be in the group.

Nicole, 44, replies: ‘Let’s do an imaginary boyband instead of just saying no.’

In Liam’s recent hour-long interview, he claimed he was essentially the first member of the Best Song Ever band and that X Factor bosses had ‘started with my face and worked around the rest’.

Fans were quick to mercilessly mock the singer’s comments, which went viral, including claims his debut solo single had outsold the rest of the former members’ debuts, which Harry Styles fans took particular exception with.

One Direction appeared on the seventh season of The X Factor, which aired on ITV at the end of 2010.

While Matt Cardle went on to win the singing competition, One Direction became one of the best-selling boy bands of all time, topping the charts worldwide.

Made up of Liam, Niall, Harry, Louis Tomlinson and Zayn Malik, 1D went on hiatus in 2015, with all members pursuing solo careers.