Charity Dingle (Emma Atkins) and Mackenzie Boyd’s (Lawrence Robb) lives are on the line in Emmerdale, as they sign up to take part in the survival challenge.

The above video, taken from next Friday’s (October 15) edition of the ITV soap, sees the pair discussing the pros and cons of the challenge, as Ben Tucker (Simon Lennon) looks for more participants.

Mack shows little to no interest in participating, much to Ben’s dismay. Charity reckons that he’s scared, but Mackenzie teases her, saying that he doesn’t see her signing up.

Charity rises to the challenge, as she tells Ben to put her name down to take part. Chas (Lucy Pargeter) can’t help but laugh, however, at the thought of Charity camping, and thus teases her also. 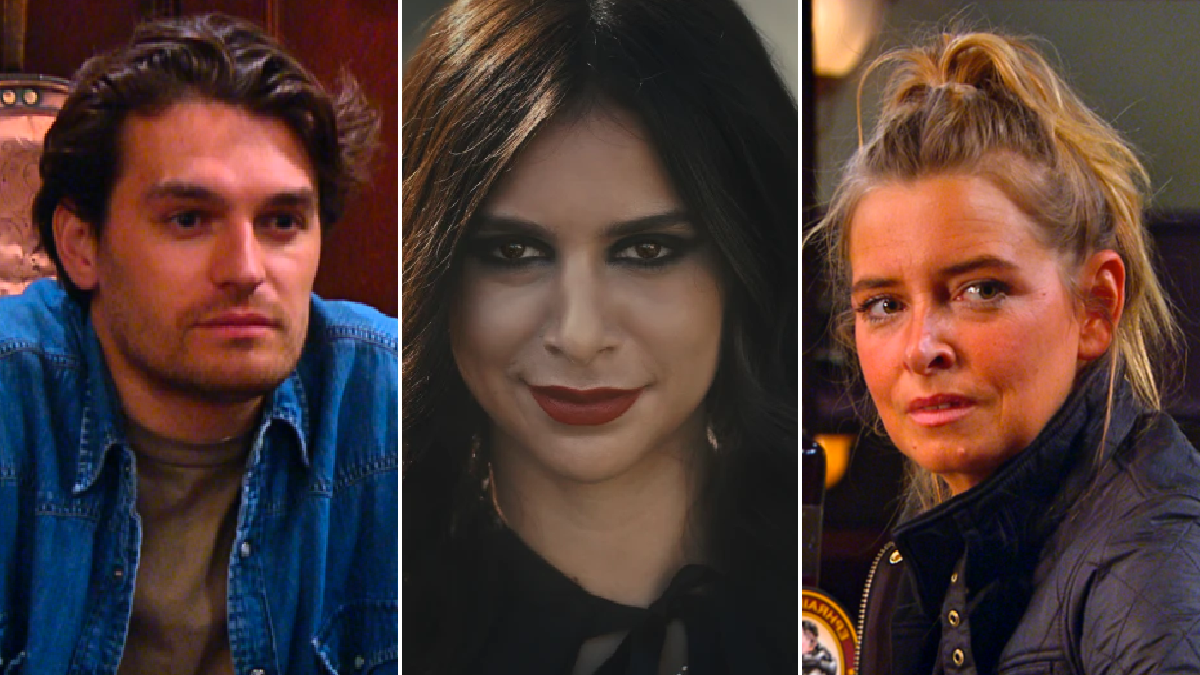 After giving it some more thought, Mackenzie tells Ben to sign him up to.

The survival challenge is thought to be the focus of the ITV serial drama’s Super Soap Week which commences on Monday October 18 – the episode which airs directly after this one.

It is known that Meena Jutla (Paige Sandhu) is set to claim another victim during the week in question, so with Charity and Mack having signed up for the challenge, it’s possible that they will meet a sticky end at the hands of the killer.

A teaser trailer for the epic week seemingly suggested that both character’s lives are on the line, after they were trapped in a maize maze with Meena.

But will Mack and Charity actually die? Or will Meena murder someone else?

You’ll just have to tune in to find out!