Richard, 66, was on hand to host Good Morning Britain with Charlotte Hawkins, 46, and the pair spoke heavily about the new update on the traffic light restrictions for international travel being issued today. With the Indian variant of coronavirus spreading rapidly across the UK and throughout Europe, the presenter wanted to ask Secretary of State for Safeguarding whether she could issue confirmation on what the Government would be saying. However, as she tried to dodge the question, the ITV star wasn’t going to give up and this led to an awkward exchange between the pair.

In the midst of the debate with the MP, Madeley said: “What’s the point of having a green light [system] if you can’t go through it?”

Atkins replied: “We’ve been clear throughout. Again, with international travel, we have to be very careful.

“If you’re booking your holiday, please make sure you’re able to cancel it at short notice or…” the politician went on to continue before she was interrupted.

The host remarked: “I’m sorry, but you’re not answering the question. You’re not and I’m asking what’s the point of having a green light if you’re told simultaneously to put the handbrake on.

“Why not put everything on amber?” he asked and the Government minister replicated her previous commentary.

“Because we very much want, as indeed the whole world wants, we want to try and return to normality but we have to in a way that is cautious and responsible.” 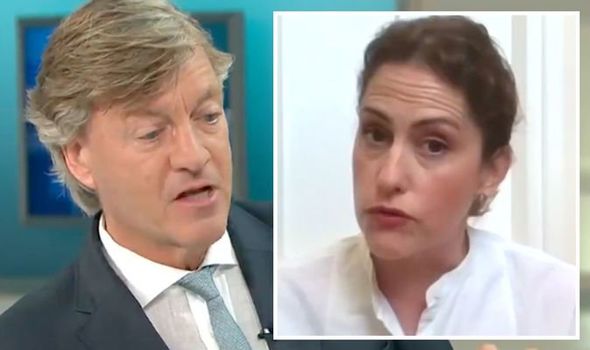 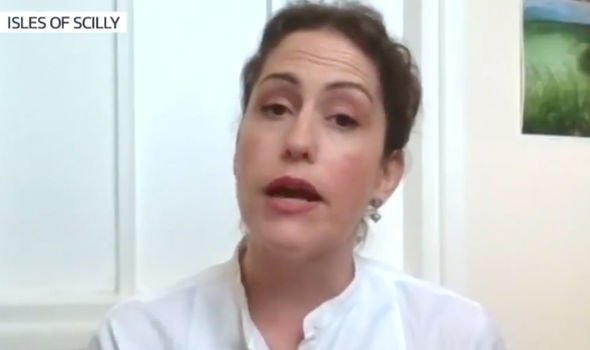 As the MP continued with her response, she was interrupted a second time when Madeley interjected to ask her the same question a third time.

“You’re not dealing with the simple question. It’s very straight forward so why have a green light system is you’re told simultaneously that you really shouldn’t go through it?

“Why not simply call everything amber or red?” he continued, to which Atkins replied: “Because we want people to use their common sense.”

With the politician refusing to give an sufficient answer the presenter was pleased with, the host and his co-star want to ask about the deadline for the end of the social distancing. 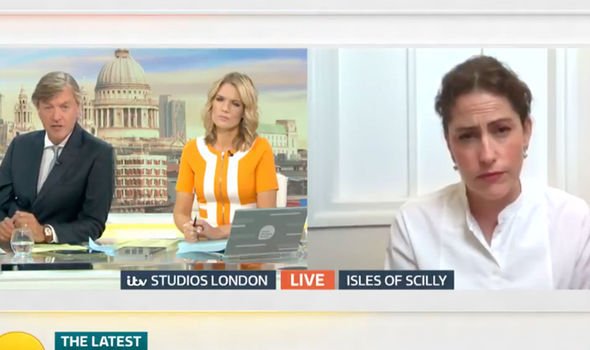 You’re not dealing with the simple question

It was announced by Prime Minister Boris Johnson, 56, earlier this year that on June 21, 2021, he wanted social distancing to come to an end.

However, with the Indian variant spreading rapidly in the weeks leading up to the deadline, there is uncertainty over whether it will go ahead.

Hawkins asked Atkins: “Do you think we will still have to wear masks? Still a level of social distancing because of the threat of new variants?

“With the roadmap, we’ve said we would make announcements on June 14, 2021. If you remember, the roadmap has been very careful calculated to allow enough time between each stage.”

“[This is} for us to look at the data, to make any changes with regards to hospitalisations and new variants,” the MP continued.

“So the next set of announcements will be made [in two weeks] but a single thing we can all do to help move us forward is to get the vaccine.

“When you get the call, please have the jab because that is how we protect ourselves against these new variants that are emerging.

“We know that over half the population have had both jabs, which is great news but we need adults to have both doses when they get the call because that is how we can ease out [of lockdown].”

Taking to Twitter, viewers shared their thoughts on the matter, with one writing: “Green means you can go but you are advised not to because it can change and you might get caught out having to quarantine, like you can smoke but are advised not to, it’s only hard to understand if you want it to be.”

Another posted: “Booked holiday to canaries well before pandemic but rolled it over to this year, I hope I can just get my money back this year because don’t know how long this is going to go on, even green list is uncertain now.”

Whilst a third remarked: “I agree with what Richard was asking. What’s the point of having a green light. The light system can change before we’ve unpacked our cases.”

“Good to see Richard Madeley putting the pressure on the squirming excuse of an MP,” a fourth viewer remarked.