Denis Villeneuve was not nominated for Best Director, but his sci-fi epic “Dune” swept the Oscars Sunday night with six wins — the most of any film. Most quick to point out this disparity were Villeneuve’s below-the-line collaborators, who headed backstage after accepting their trophies with a common refrain: It’s all thanks to Villeneuve.

“Denis is the man,” Best Cinematography winner Greig Fraser said. “Every article or everything that is written about ‘Dune’ must start with the words ‘Denis Villeneuve.’” During his televised acceptance speech, the Australian DP referred to Villeneuve as “Master Denis.”

“I was very confused when Denis was not nominated for directing. It’s as if the film directed itself and all of these craft categories magically did great work,” sound designer/supervising sound editor Theo Green said. “Seeing the sweep that ‘Dune’ is having tonight makes me very proud for Denis.”

Green and other below-the-line winners painted a production picture where Villeneuve orchestrated a kind of cross-department collaboration that allowed each craftsperson’s work to shine and work in concert with every other piece. Re-recording mixer Ron Bartlett said it all started with Villeneuve’s deep study of the book.

“It’s better than the sum of its parts,” Fraser said. “We are the culmination of Denis Villeneuve’s combined group effort to make a movie, and that’s what I’m most proud of.”

Several winners also called out editor Joe Walker as a key piece of the creation of “Dune.”

Denis is an amazing leader and incredibly skilled and trusted, he comes with tremendous specificity,” Walker said. “He comes along with such a plan. It’s a joy to interpret what his plan was, but also to say, ‘Hey, have you thought of doing this?’ Then he pays me the enormous compliment of loving what I do and it remaining in the film.” 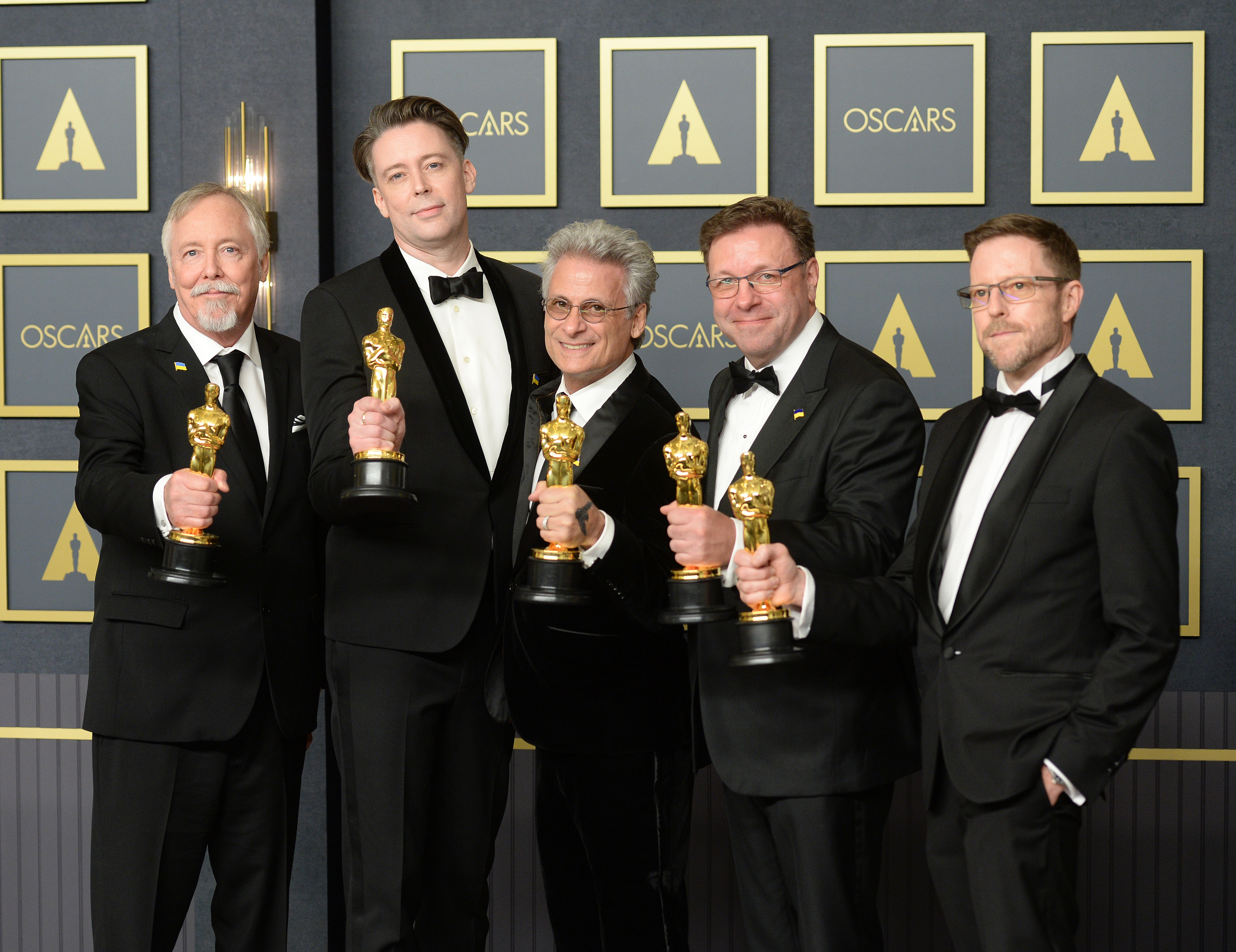 Supervising sound editor Mark Mangini said Villeneuve allowed sound to not be “reactive.” He and Green described just how progessive the “Dune” production was.

“We have a director who really believes in collaborative editing. I’m so happy to see Joe Walker win, because he’s one of the central figures that works with Denis to pass ideas between us in sound and VFX,” Green said. “He’s like the kind of the clearinghouse, as it were, for all of the ideas that we come up with, he and Denis sit there, we feed things into Joe Walker’s edit, he passes those to the VFX guys. And that’s how we’ve ended up having a really tight collaboration on this.”

Special effects supervisor Gerd Nefzer, who was cued off of the live broadcast as he tried to talk, told the press room what he wanted to say.

While Villenueve didn’t get a chance to respond to all the praise Sunday, Best Director winner Jane Campion did express gratitude for her collaborators. “It’s impossible to win an award like Best Director without having an extraordinary team behind you,” she said.