Claire (played by Caitriona Balfe) and Jamie Fraser (Sam Heughan)have been through their fair share of battles, most recently facing the Battle of Alamance. With the Revolutionary War fast approaching in the new season of Outlander, the pair will be preparing to deal with more conflict. However, it might not be the conflict fans of the Starz expect. Will Claire and Jamie’s relationship manage to survive another testing time?

Sharing details of the upcoming season, actor Sam revealed: “We are gearing up, ready to go.

“We have about half of the scripts now and are doing costume fittings.

“Everything is taking longer because of COVID, but we will be back to work very soon.”

Dropping the first big spoiler about season six, he added: “I don’t know if I can say this, but we may be dealing with those differences between Lowlander Scots and Highlanders in the states in the new season, so that should be interesting.” 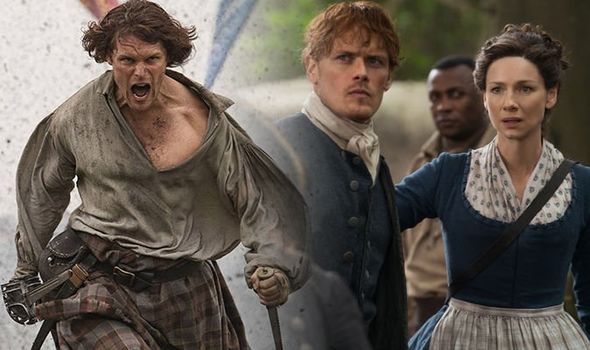 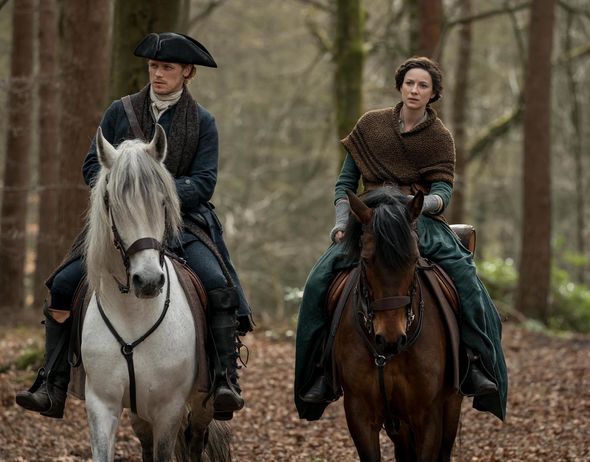 There has already been plenty of conflict between the Scottish and the British who have relocated to America.

With the Scots going to war with one another, how will Jamie and Claire cope?

It comes after Sam revealed author of the Outlander series, Diana Gabaldon, was unhappy with one character’s death – Dougal MacKenzie’s (Graham McTavish).

He told Town & Country: “Well, Claire is a healer, she has taken an oath, right? 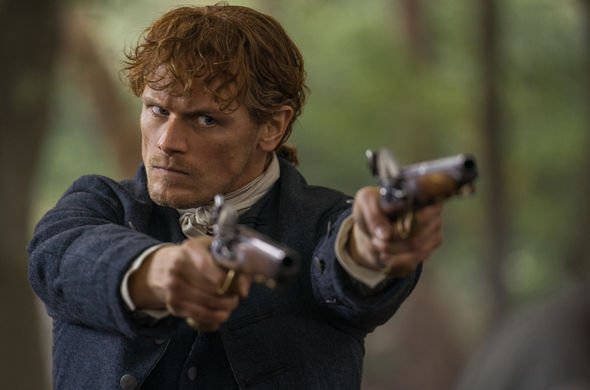 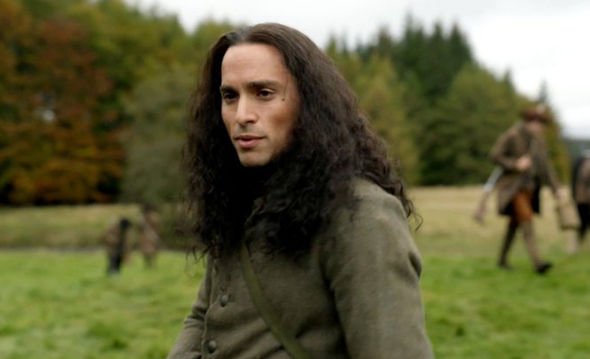 “She absolutely wouldn’t end a life even if she thought it was for the best.

“However, whilst shooting it she became unnecessary in the scene because it is just Jamie fighting Dougal.

“And we started discussing because would she really just be standing there watching?”

Claire was complicit in Dougal’s murder in the show, which didn’t sit too well with Diana.

In previous months, Sam has hinted Claire and Jamie could meet with more time travellers.

Wendigo Donner (Brennan Martin) popped up in the season five finale when Claire was abducted by Lionel Brown (Ned Dehenney) and his men.

Claire begged him to help her escape but the cowardly Wendigo was more worried about whether or not he’d be uncovered as a time traveller.

He eventually left the group leaving Claire to suffer at the hands of Lionel and his group.

When Jamie descended on the group and killed them all, he revealed to Claire that Wendigo was not present.

Could he make a return with more members of the Mohawk Five, who travelled back in time to prevent the genocide of Native Americans.

Sam teased: “We have seen there are other time travellers out there. It feels as though the universe is opening up a bit more for us to draw upon.”