Park Chan-wook Wanted More People to Appreciate His Films, So He Dropped the Sex and Violence

This question may sound radical to anyone familiar with the colorful violence and disturbing sexuality at the center of his work. Start with the “Vengeance Trilogy”: From the multiple suicides in “Sympathy for Mr. Vengeance” (2002) to the one-man army slaughtering a sea of henchmen in’s “Oldboy” (2003) all the way through a husband raping his wife at the dinner table in “Lady Vengeance” (2005), the South Korean auteur has built his own aesthetic out of dark, visceral material that intensifies his protagonists’ powerful desire to take control of their circumstances.

The same impulse reverberates through his bloody vampire drama “Thirst” and the twisted eroticism of “Stoker.” Even his 2006 romantic comedy “I’m a Cyborg, But That’s OK” includes a sequence in which an emaciated hospital patient hallucinates about going on a killing spree in the hospital ward.

Yet here comes “Decision to Leave,” a classy, elegant noir about a detective (Park Hae-il) investigating a mysterious widow (Tang Wei) who may or may not have something to do with her husband’s death. IndieWire’s David Ehrlich called it “the most romantic movie of the year” when the movie premiered at Cannes and won the Best Director prize for Park. A few months later, South Korea selected “Decision to Leave” as its official Oscar submission, a first for the director in his 30-year career. Suddenly, a filmmaker whose work inspires fervent fan-worship and repulsion alike has the potential to be embraced by the wider crowd he deserves.

At least, that’s the way Park sees it. “I have always considered that I have been making love stories,” he said through a translator, speaking at the Toronto International Film Festival, where “Decision to Leave” was making its North American premiere. “But I realized at one point that nobody has been saying that about my films. They even laugh when I make that kind of comment and take it as a joke. That got me into thinking about why. My assessment was that perhaps violence and nudity were really just at the forefront of everything. It was just too strong, too graphic. This time around, I really had to subdue these things to show something different.”

That’s not to say that “Decision to Leave” lacks bite. The central narrative has an aura of doom that gradually encompasses it as the pieces pile up, and the inciting death in question replays several times in the detective’s mind, though nothing in the movie rises above the level of PG-13 disturbances. “It’s important for me that teenagers can be able to watch this film,” Park said. “But what’s even more important for me is that the adult audience who refused to watch my films before because they thought they were gross or too gory — if they feel that they are invited to come to the cinema and watch my film, that means a lot to me.”

For years, Park’s work has been lumped in with other Asian “extreme cinema” alongside the likes of “Ring” and “Battle Royale.” Park resented that classification. Once an aspiring art critic, he has long said that his shift to filmmaking came after a screening of “Vertigo,” a movie to which “Decision to Leave” owes a debt. “I just made the films that I was passionate about,” he said. “We don’t need such categorization or sales branding for Asian films to be introduced to more audiences.”

Nevertheless, Park is wary of alienated fans who have invested in his earlier work. At TIFF, he beamed about an encounter with “a Caucasian woman who recognized me and she said she saw my first feature film, which is really rare even for Korean audiences. I was really happy to hear that.” 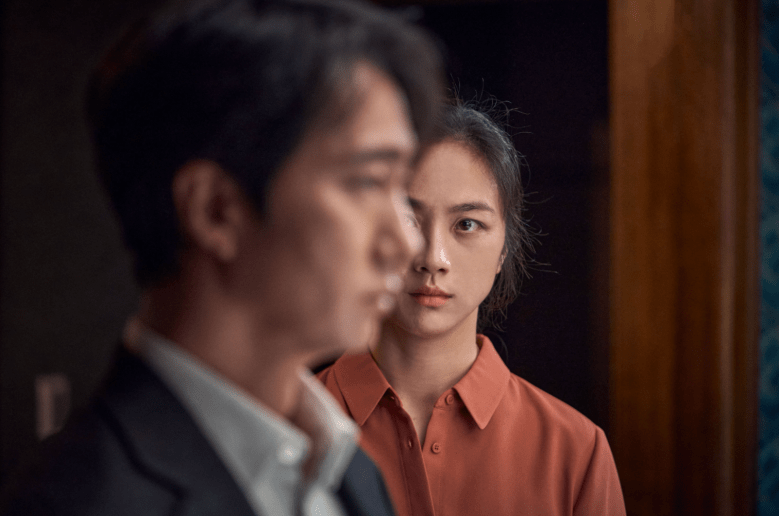 He hoped that even those diehards would appreciate his intricate storytelling in “Decision to Leave.” In all his movies, Park revels in slow builds and hidden information that informs later scenes. In this case, that process informs the forbidden romance between cop and suspect at the center of the story. “The process of solving the mystery is completely amalgamated with the process of these two protagonists falling in love,” he said. “That was the objective from the very beginning. I didn’t tackle the mystery part separate from any other storylines.”

In fact, “Decision to Leave” stands out for the way it treats that mystery as secondary to the dynamic between the would-be couple. The investigative layer is a Trojan Horse for more intimate developments in the final third. “My film starts out as a film noir and ends as a romance,” Park said. “Most film noirs are too obsessed with creating the ambience and focusing on the dark mood. They fail to bring out the multidimensional facets of life.”

Park singled out “Double Indemnity” as a key exception — another movie with DNA all over “Decision to Leave” — and also drew inspiration from Martin Beck’s 1960s Swedish detective novels. “I don’t think there are a great many films that have succeeded at translating that kind ambience and the mood, done so excellently done in the literature, onto the screen,” Park said.

Park wrote the movie with Jeong Seo-Gyeong, who collaborated with the director on much of his work going back to “Lady Vengeance.” The pair developed the story in short bursts over email. “There was no pre-planned concept in the beginning,” Park said. “I said, OK, I want this film to tell the story of a police detective who falls in love with the woman he encounters while investigating a homicide case. I want to tell both the investigative side and the romantic side all at the same time as if it’s one story.” Jeong suggested they make the widow a Chinese character so they could try to cast Wei, an actress Park had wanted to work with for years. “That was the first decision we made,” Park said. “From there — without any conclusion in mind — we started to write.”

The acclaim for “Decision to Leave” follows the global recognition of Park’s colleague Bong Joon-ho (Park produced Bong’s “Snowpiercer”). When Bong’s “Parasite” made Oscar history as the first non-English movie to win the Oscar for Best Picture, Park said, it “made what was impossible to imagine possible.” He called it “a monumental moment in the history of cinema.”

But he had his own ambitions for “Decision to Leave.” He lambasted the Academy for failing to nominate many non-English language performers over the years, noting that the cast of “Parasite” was snubbed, and added that his own stars deserved better. “It’s going to be another hurdle, an even bigger hurdle, for actors speaking in a different language to get recognized,” he said. “The Academy needs to be able to assess the acting capability beyond language. That would be something very special. Now that I am in a position that I can dream, I can imagine that my actors can win.”

Of course, the acting categories are especially competitive this year and much of the buzz around “Decision to Leave” centers on Park himself. But the director cautioned that there was no reason to assume his previous sensibilities had been sidelined by subtler approaches.

“I didn’t intend to make this film so that it would be the first film of the next chapter of my career,” he said. “My next film could very well be like my previous films.” By that point, he may have some new admirers along for the ride.