Peaky Blinders fans were sent into a frenzy last night when Director, Anthony Byrne confirmed series six of the hit BBC drama has officially gone into pre-production. Taking to his official Instagram account, Anthony shared an image of the front page of the production script, and it seems the date – which has been blurred out – is visible to some eagle eyes.

Anthony accompanied his post with the following caption: “We are in pre-production on Season 6. More to come. By Order of…” Which was followed by several of the cast members being tagged below.

The image dropped subtle revelations for fans to pour over, it was headed with the Peaky Blinders logo and Series VI episode one was written underneath, which was titled “Black Day”.

While many are speculating as to what “Black Day” could mean for the episode, others took a closer look at the page.

“Written by Steven Knight” is seen but slightly blurred, however it is the last few words which really hint at what’s to come – or more specifically when. 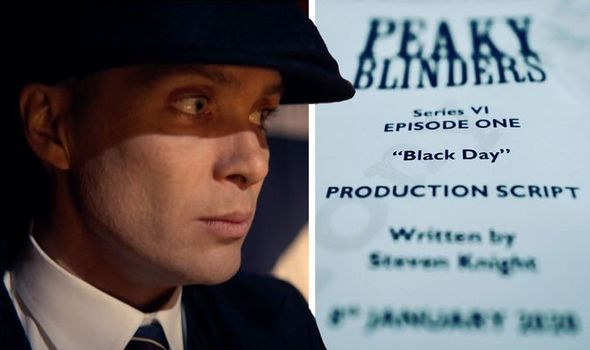 If fans squint hard enough, “8th January 2021” seems visible and many took to the comments section of the post to cast their thoughts.

Could this be the release date of the sixth series?

While nothing has been confirmed, January 2021 seems like a plausible date for the next series to be aired on television screens up and down the nation.

The first series hit BBC Two back in September 2013, with the second arriving the following October.

Season three made the transition from Autumn to Summer when it aired in May 2016, but the fourth instalment – which saw ratings jump from 2.85 million to 4.05 million was aired in November 2017.

The success then earned the show a spot on BBC One and last year, in August, series five aired to an average 7.2 million UK viewers.

So, there is no pattern to when the show airs, could January 8th 2021 – which is a Friday, be the day series six drops?

Meanwhile, many wrote remarks of excitement for a sixth instalment of the BBC drama on Anthony’s Anthony’s post. 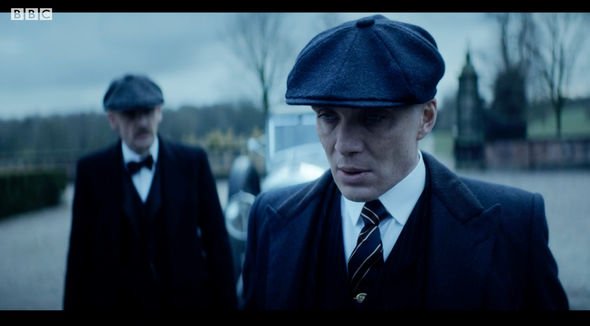 “Ahhh I’m so excited! I just watched all the series of peaky blinders over the last couple of weeks, first time! – I can’t believe what I’ve been missing! Excited to see what happens next, hope we don’t have to wait too long!! Amazing acting,” a fan said.

Another wrote: “Let’s hope season 6 will be better than 5…” While an alternative comment read: “Best news I’ve heard a week.”

As for what’s to come, series five finale ended with Tommy Shelby (Cillian Murphy) appearing to lose his mind and posted to kill himself.

It came after he was betrayed during his failed assassination attempt on Oswald Mosley (Sam Claflin).

It seems the two with spar once more after Anthony himself confirmed Oswald’s return for season six during an appearance on BBC Sounds’ Obsessed with Peaky Blinders podcast.

With such a bold cliffhanger, viewers are assuming season six will pick up where it left off.

But you can never be too sure with what the writers and producers have in store for the Peaky Blinders.

Peaky Blinders is available to catch up on the BBC iPlayer.