Peloton On Ad Backlash: 'Some Have Misinterpreted This Commercial' 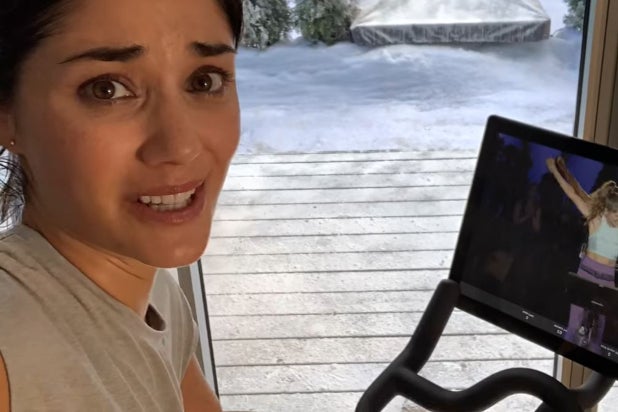 Peloton said Wednesday it is “disappointed” by the wildly negative response to a new holiday TV commercial for its exercise bikes that coincided with a 14% drop in the fledgling public company’s stock price since Monday.

“Our holiday spot was created to celebrate that fitness and wellness journey,” the company said in a statement. “While we’re disappointed in how some have misinterpreted this commercial, we are encouraged by — and grateful for — the outpouring of support we’ve received from those who understand what we were trying to communicate.”

The ad, which has gone viral for all the wrong reasons, features a woman who documents a year’s worth of using the equipment via selfie videos. At the end, she and her partner sit down on the couch view her entire selfie journey on TV, and then she thanks him for changing her life.

The spot, which had been running since early November, gained traction during the Thanksgiving holiday week, and led to the intense online backlash for what many called “cringeworthy” and sexist elements.

On Tuesday, the company’s stock fell nearly 10%, to $33.48, before rebounding somewhat. On Wednesday, the share price is down another 4%.

The complaints about the ad ranged from those who mocked it for being dystopian, sexist and classist (Peloton bikes cost more than $2,000). You can view the ad below: