THE SHOW | Peacock’s The Traitors

In the high stakes finale, the actor put his West End and Broadway skills to work, adding heaps of flair and delicate comedic timing to his role. Donned in the snazziest of Scottish fashion — which included traditional kilts, berets and more — Cumming puppet-mastered the game’s final roundtable and ceremonies like a modern-day Willy Wonka. Every line he uttered (Julius Caesar, anyone?) and gesture he proffered was over-the-top, welcoming camp and theatrics at every turn. From monologues delivered tongue fully in cheek to setting the stage for the game’s final, fire-lit eliminations, the actor turned heel from melodramatic flourishes to a gravely serious demeanor. After all, in the end, a quarter-million-dollar giveaway was no laughing matter to the show’s contestants.

The series could’ve hired anyone to emcee this Traitor-ous affair, but employing an actor of Cumming’s caliber was a bold choice that paid off in spades. Not only did he seemingly have a blast galavanting around the 19th-century castle that was his stage, but his energy was both riveting and contagious. And we certainly couldn’t say that about just any TV host. 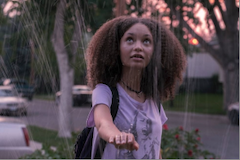 HONORABLE MENTION | In just roughly half an hour of screen time in The Last of Us’ premiere, Nico Parker thoroughly captured our hearts… and then broke them into smithereens. The young actress has admitted to feeling the stress of expectation while filming her part of the HBO series, which is understandable: Sarah, Joel’s doomed daughter, is beloved among those who’ve played the video game on which the show is based. But Parker needn’t have worried. In the space of a few scenes, she easily established Sarah as a sunny, self-reliant teen who deeply loved her dad. And when Outbreak Day hit, her wide-eyed stare and haltingly delivered dialogue made clear the character’s mounting fear and horror at everything that was unfolding (and exploding!) around her. By the time she clutched at co-star Pedro Pascal’s shirt, crying and howling in pain from Sarah’s fatal wound, it became official: Parker is a star in the making. 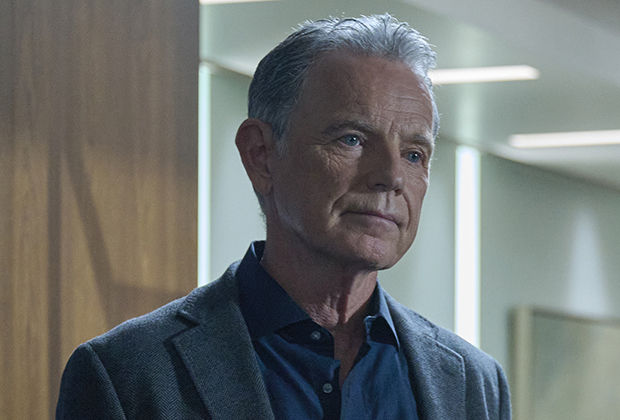 HONORABLE MENTION | It feels like a lifetime ago that Dr. Randolph Bell was The Resident‘s cocky, intimidating Big Bad — and yet, in the capable hands of Bruce Greenwood, this now-compassionate, tender version of the character remains every bit as compelling as he was during those villainous days. During Tuesday’s (series?) finale, Greenwood showed us quite a few different Bells: a distraught grandfather, terrified that his young granddaughter’s cancer had returned; a no-nonsense surgeon, furious to learn that a colleague has been operating while on drugs; and a cautiously optimistic multiple sclerosis patient, forced to contemplate the next stage of life with a chronic illness. Greenwood switched emotional gears with ease, allowing us to marvel once more at how far Bell has come, and how beautifully Greenwood has portrayed his redemption. 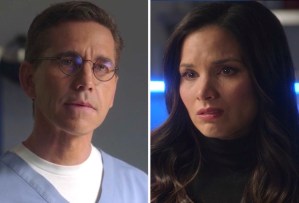 HONORABLE MENTION | Here’s the thing about Brian Dietzen and Katrina Law‘s big scene on NCIS: We all knew where it was going. An earlier exchange had made clear that Jimmy was quietly struggling with having Jess share a movie night with him and his daughter. And yet Dietzen and Law — who have imbued this relationship with so much sweetness and sincerity — took that rote material and elevated it, made it achingly real. Jess is so strong that when Law’s chin starts to quiver while broaching the “last bridge” widower Jimmy must cross, the one that will “hurt the most,” you knew acting magic was coming. Dietzen in turn did so much with Jimmy’s reactions, and maybe had you thinking he’d keep a good game face. But when Jimmy spoke, Dietzen’s voice breaking as he nodded “it’s just so hard,” all bets were off. And all the tears came.

Which performance(s) knocked your socks off this week? Tell us in Comments!