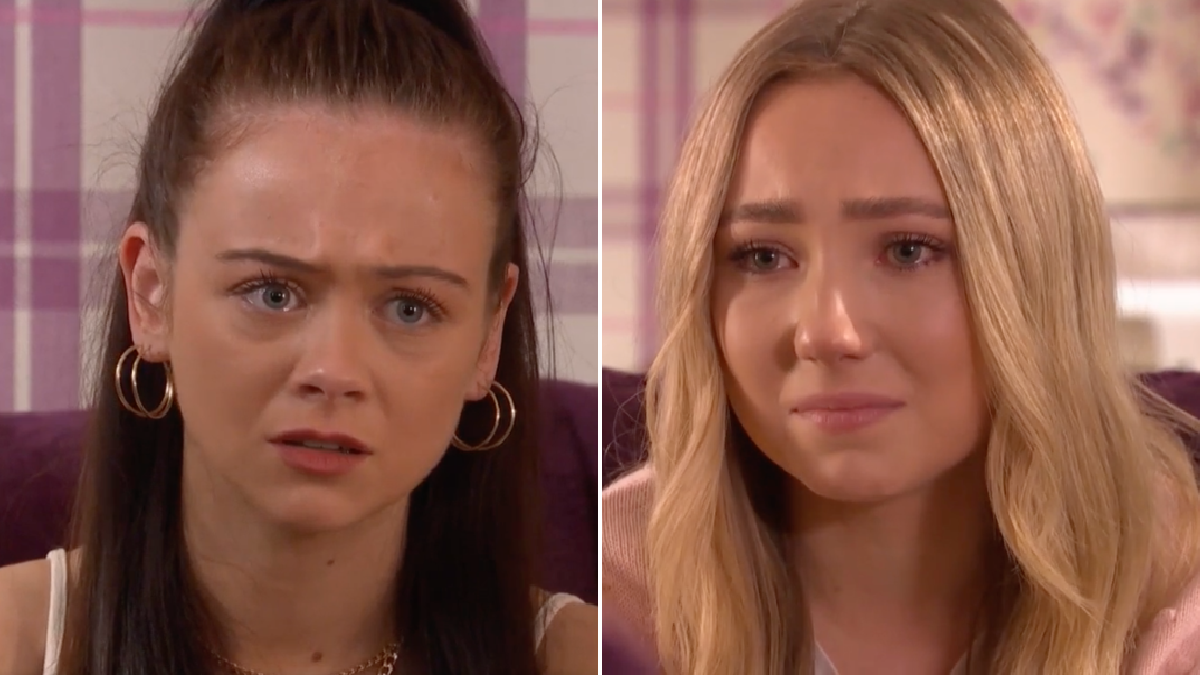 Peri Lomax (Ruby O’Donnell) is riddled with guilt in Hollyoaks over the way she treated Juliet Nightingale (Niamh Blackshaw), and thus made a decision following her ordeal at the hands of Timmy Simons (Sam Tutty).

Juliet, as fans know, came to believe that Peri was being stalked by Timmy, and thus relayed her suspicions. Peri, however, refused to believe her girlfriend’s claims, branding her paranoid.

But she soon discovered that Juliet’s theories were correct, after Timmy locked her in her house and revealed that he’d been spying on her via a series of hidden cameras.

Fergus, however, decided that action needed to be taken in the wake of Timmy’s revelations to Peri, and thus he shot the IT whizkid in the back of the head!

Warren Fox (Jamie Lomas) witnessed the murder, and proceeded to help Fergus bury the body in a remote location.

Peri and Juliet, meanwhile, have no idea that the stalker is dead, and therefore they’re understandably on tenterhooks, desperately hoping the police will catch him.

Peri apologised for failing to believe Juliet, but Jules wasn’t willing to forgive her just yet – that is, until James (Gregory Finnegan) offered her some advice, informing her to not leave it too long, as she might live to regret her decision!

Juliet thus set off to reunite with Peri.

Peri, however, refused to let her forgive her, informing her that she nearly died at Timmy’s hands, and therefore – while the stalker is still on the loose – they cannot be together, as it would put her in danger.

Given that Timmy is dead and likely never to be found, will Juliet and Peri ever reunite?