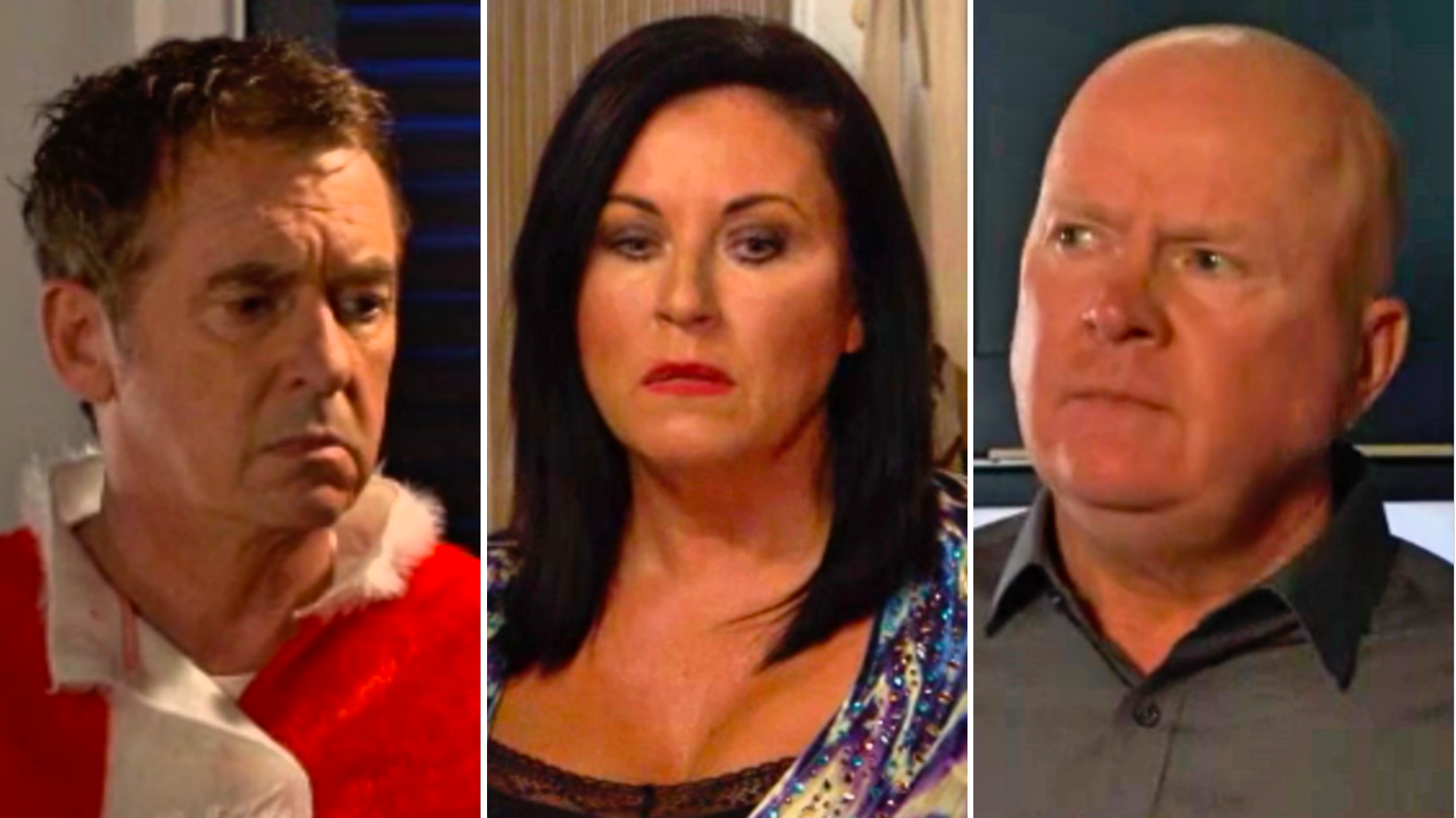 Kat Slater (Jessie Wallace) was given an ultimatum in EastEnders, as Phil Mitchell (Steve McFadden) told her to make a choice between him and Alfie Moon (Shane Richie).

The hard-man, as viewers know, returned to the Square earlier this week, and it was soon revealed that he was in cahoots with Keanu Taylor (Danny Walters) in a bid to take down DCI Keeble (Alison Newman).

But his attention was elsewhere on Christmas Day, as he discovered that Kat has been letting her ex Alfie stay at No. 55 Victoria Road in his absence!

To make matters worse, Phil left Alfie up on the roof, after he got stranded during a festive prank-gone-wrong, much to Kat’s horror, and thus she invited her former husband to spend the day with them.

Things became complicated, however, as Phil discovered the truth about the missing £30,000 from his safe, and he demanded answers.

Alfie admitted to opening his safe for an armed robber, which left Phil seething, and to rub further salt in the wound, Kat then confessed to kissing Alfie after the panto, which sent an already tense Phil over the edge!

Blimey, talk about a Christmas showdown.

The scorned Mitchell instantly resorted to violence as he decked Kat’s former lover, and we don’t mean in the same way you’d deck the halls.

Kat has quite the history with Alfie, having married him on several occasions and given birth to two of his children.

Since being with Phil, they’ve faced challenges of their own, with Phil’s ongoing feud with Keeble springing to mind.

With such a strong connection to both men, who will Kat choose?

EastEnders continues Boxing Day at 7:30pm on BBC One.