The Good Morning Britain host has been accused of “mocking Chinese language” after the show played a video clip of a Chinese TV advert for milk featuring Peter Phillips. ITV viewers quickly hit out at the presenter on Twitter and he incident has now received nearly 300 complaints to Ofcom in the 24 hours after the programme was broadcast.

The clip showed the Queen’s eldest grandchild – Peter Phillips – in an advertisement for a Chinese milk brand.

Piers then started mimicking the brand name, leading to a huge reaction from fans who were left upset by his “mocking” of the Chinese language.

Piers turned to colleague Susanna Reid and said: “I don’t know the Chinese for ‘I only drink…,’ what’s it called?”

The host asked for the video to be shown again on screen with Piers attempting to imitate the brand’s name, which angered viewers of the morning programme. 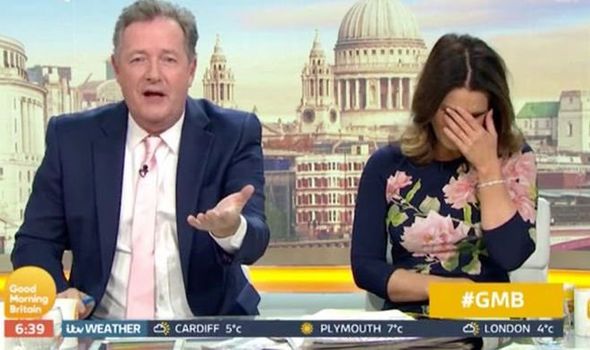 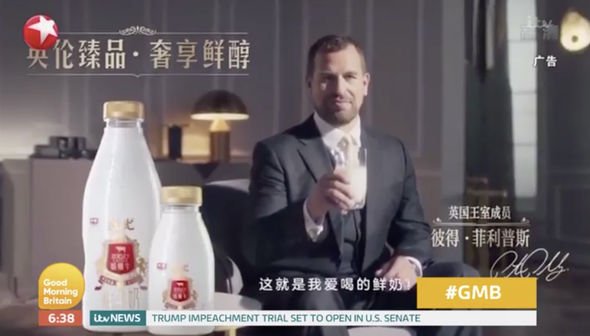 A frustrated sounding Susanna told him: “You can’t say that… taking the mickey out of foreign languages is pretty 1970s.”

Piers stated: “Surely you can take the mickey out of it! He’s using ‘ching chang chong’ milk from the Chinese state – that’s what they said in the advert.”

“You can’t! No, they’re speaking Chinese!” Susanna replied as she covered her face with her hand.

“I can’t repeat what they’re saying in the advert… I’m trying to mimic the wording of that advertisement,” Piers insisted, however viewers quickly disagreed with the host.

It has since sparked huge backlash from viewers of the breakfast show, leading to 297 complains to regulator Ofcom in 24 hours. 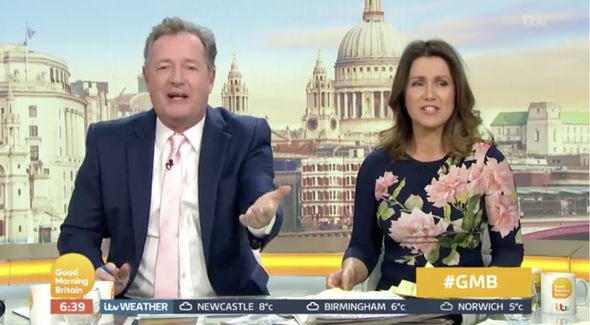 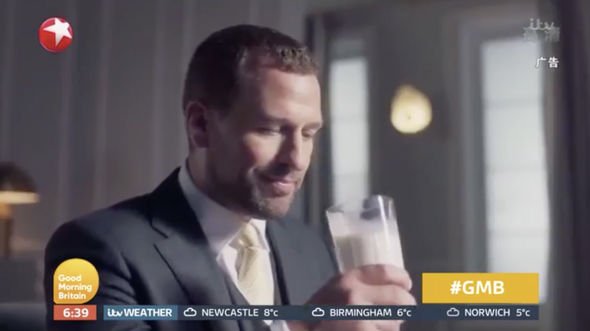 Viewers took to Twitter to express their outrage at his comments.

One said: “I’m Chinese and had this type of language growing up in school. I was offended then and very much offended now.”

“@piersmorgan You realise putting on a Chinese accent is casual racism? I’m not woke at all, but as British Chinese, I am disappointed in you for adding to the Chinese stereotype. Please learn the language properly if you want to attempt it. Any dialect is fine,” echoed another.

A third wrote: “@piersmorgan I have lost all respect for you. Mocking the Chinese language in the way you did was unnecessary, distasteful and racist. And yet I have not seen a single apology which goes to show the bubble you live in.  #piersmorgan #piersracist.”

Hitting back at the claims, Piers took to the social media platform himself to defend himself.

He told his followers: “I was mocking a member of the British royal family appearing in an advert for Chinese state milk, not Chinese people.”

His comments came in response to an open letter from Labour MP Holly Lynch signed by multiple other MPs showing support for Meghan against intrusive press coverage.

“I thought that letter was ridiculous, I thought it didn’t bear any relation to the reality, Meghan Markle’s had exactly the same level of treatment as someone like Kate Middleton, good and bad in equal measures,“ Piers ranted.

However, Lisa quickly contested his comments: “Well if you don’t mind me saying, how on earth do you know as somebody who’s never had to deal with ingrained prejudice?

“You’re not in a position to understand people who have.”

Good Morning Britain airs weekday mornings from 6am on ITV