Piers Morgan, 55, wanted to quiz Kate Green, 60, over the fact it took her five days to apologise for stating the Labour Party “should not let a good crisis go to waste”. The MP made the comments at the Labour Connected event last Sunday and used her appearance on Good Morning Britain on Monday to apologise to those who deemed her words as “offensive and hurtful”. However, the ITV presenter was not going to let the matter drop as a debate about coronavirus turned heated.

How is Boris Johnson handling the coronavirus crisis? Vote in our poll

On the show to discuss the current crisis being faced by university students as thousands have to be isolated in their accommodation, the MP was ambushed by the host.

After reiterating the comments she made and referring back to them, Morgan asked his guest: “What’s good about this crisis?”

“Nothing is good about this crisis. What I should have said – and I regret I didn’t say properly and appropriately – was we need to learn from this crisis and I hope that we will,” Ms Green replied.

Pressing her a little further after the public apology she made last week, the presenter enquired: “Why did you not apologise for five days?”

“Well, I’m really sorry. It’s great to get the opportunity to do it on somewhere like Good Morning Britain which means I will reach many, many people who will know I am offering this apology,” she said. 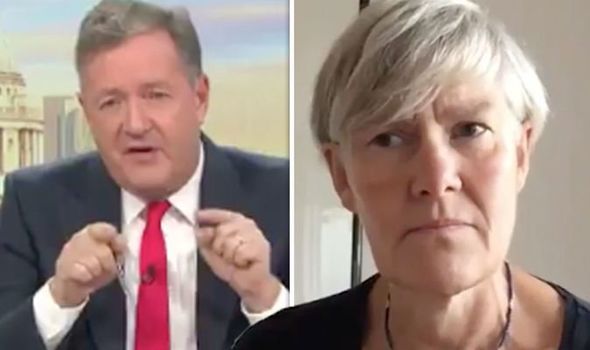 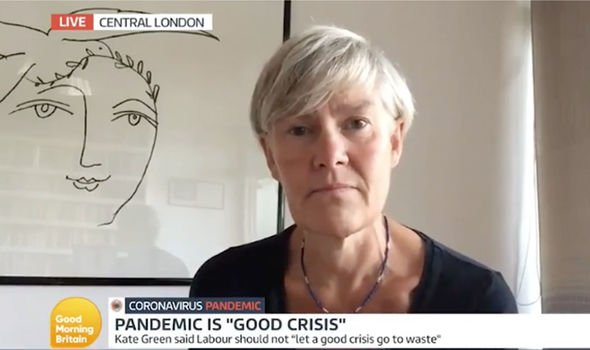 Not letting the matter drop, the host asked again: “No explanation for why it took you five days, then?”

“Well, I’ve been expressing my regret as often as I can whenever I’ve been asked to Piers,” Ms Green hit back.

“You are asked about it immediately and it took you five days – that’s not true?” the outspoken host asked again.

“I don’t remember being asked immediately,” the politician recalled, to which the presenter said: “You had the media asking for a reaction and you didn’t apologise for five days.” 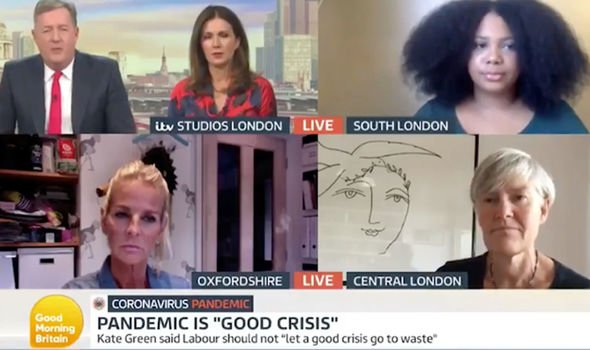 “I can’t recall that, Piers, but I just want to say again I’m very sorry for what I said,” the Labour MP continued.

“You didn’t get a single media enquiry for five days about what you said?” Morgan asked as he wanted a straight answer.

“I remember one and I remember we responded and I’m sorry if you thought that was inadequate,” she replied, before adding: “I just want to say again.

“I really regret what I said, I really regret the pain and offence it’s called, it was the wrong thing to say and I want to apologise to everyone who feels particularly that it was offensive and hurtful.”

Taking to Twitter, those watching at home commented on the host’s acquisition of the Labour politician as he tried to understand why it took so long for her to apologise.

One viewer wrote on the social media platform: “At least she did apologise, unlike some other politicians. Better late than never!”

Another added: “I usually like Piers but even when she apologised he has to have a go at her about taking five days! At least she apologised and came on your show, unlike some other politicians!”

Whilst a third commented: “Her apology should have been accepted the first time, just rude how they talk to guests. Piers needs to apologise back, not for the question but for the way he rants on and on at her.”

Ms Green had made the comments in relation to urging the Conservatives to rethink their stance on the education system.

The Labour MP said: “I think there’s obviously a real immediate pressure to address these funding needs for the crisis.

“And I think that particularly for those of us in Labour, let’s be talking now about what this has really exposed, about the way in which we’ve undervalued our whole education system.”

END_OF_DOCUMENT_TOKEN_TO_BE_REPLACED

END_OF_DOCUMENT_TOKEN_TO_BE_REPLACED
We and our partners use cookies on this site to improve our service, perform analytics, personalize advertising, measure advertising performance, and remember website preferences.Ok