Pretty Sure Kaitlyn Bristowe Is the Richest Person in Bachelor Nation

Not to be dramatic, but I’m 10/10 sure Kaitlyn Bristowe is the richest person lurking around the rose-infested and most certainly haunted halls of Bachelor Nation. Kaitlyn has made a ton of money since she joined this franchise, and has been extremely smart about her various income streams—choosing to both parter with brands and start multiple successful businesses herself, all while co-hosting The Bachelorette and enjoying her Dancing with the Stars winnings. So let’s get into it, because Kaitlyn’s total net worth is genuinely impressive to the point where I’m thinking of a career change.

Kaitlyn Made About $100,000 from The Bachelorette

Kaitlyn started her Bachelor Nation journey by competing on The Bachelor, where she got paid literally nothing, lol. In fact, she probably lost money considering contestants have to pay for all their own clothes, hair, and makeup. We know this because former contestant Jillian Harris wrote a whole not-at-all extra blog post in which she revealed she re-mortgaged her home to fund her time on the show. Help.

But things changed when Kaitlyn was cast on The Bachelorette. Meaning, she got way more than zero dollars. Author Amy Kaufman, who wrote a whole book on the show, explains that it’s “incredibly rare for someone to make less than six figures,” so let’s assume Kaitlyn earned around that (though it could have been even higher). 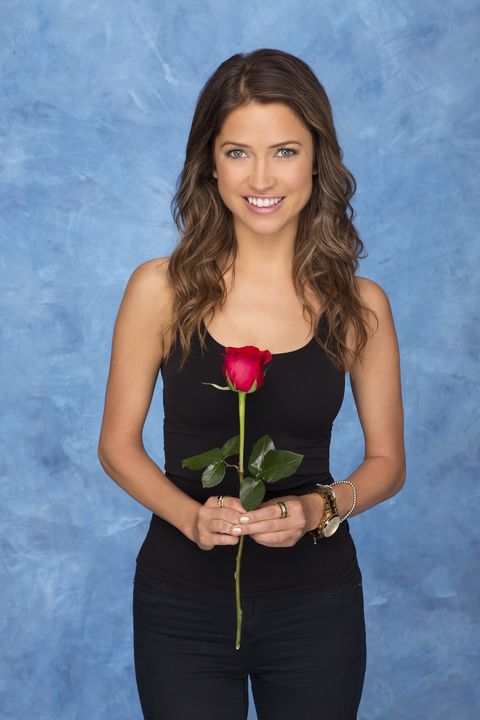 All contestants on Dancing with the Stars take home some amount of money, but Kaitlyn legit won the entire competition, so she took home the jackpot. How much, precisely? Allllll the way back in 2010, Gawker (via Variety) reported that contestants make $125,000 for signing up, and $345,000 if they win. 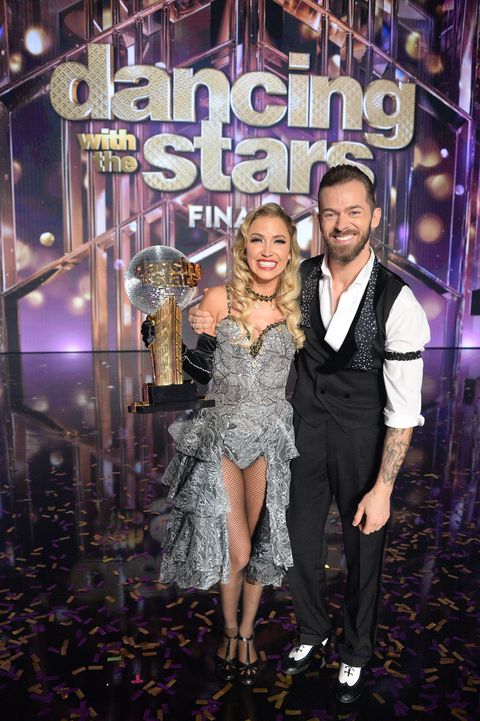 ^ The face of someone who knows she just won hundreds of thousands of dollars.

Kaitlyn co-hosted Katie Thurston’s season of The Bachelorette with Tayshia Adams, and is currently in the process of co-hosting Michelle Young’s season. While we don’t know either of their exact salaries, we do have info that can help us make an educated guess.

In! Conclusion! Both Katie and Tayshia are probably making a lot, and potentially over $1 million. 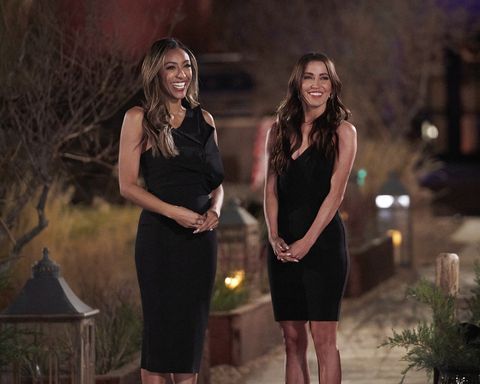 Kaitlyn does a ton in the way of sponsored content and endorsements over on ye olde Insta. Behold:

We don’t know exactly how much she makes because literally why would she ever disclose that, but according to speakrj, which breaks down Instagram influencer statistics, she can likely demand around $4,000 per sponsored post based on her following. That said, Sarah Boyd of Simply told Refinery29 back in 2018 that 1 million followers equates to rates starting at $10,000, and Kaitlyn has 1.9 million followers as of writing this, so…

Anyway, on top of sponsored posts, Kaitlyn also makes money through her podcast Off the Vine with Kaitlyn Bristowe, which gets one million downloads per episode:

Business number one? Dew Edit, which sells scrunchies and hair accessories, and does bonkers well. Entrepreneur reports that Kaitlyn has “put out a total of 100 products and nine collections, some of which have sold out in minutes.”

Multiple outlets report that it’s somewhere around $3.5 million, though honestly it wouldn’t be a huge surprise if it was higher—especially in light of her new Bachelorette hosting gig. Congrats to Kaitlyn for being a business genius, now please gimme all your tips. 😉