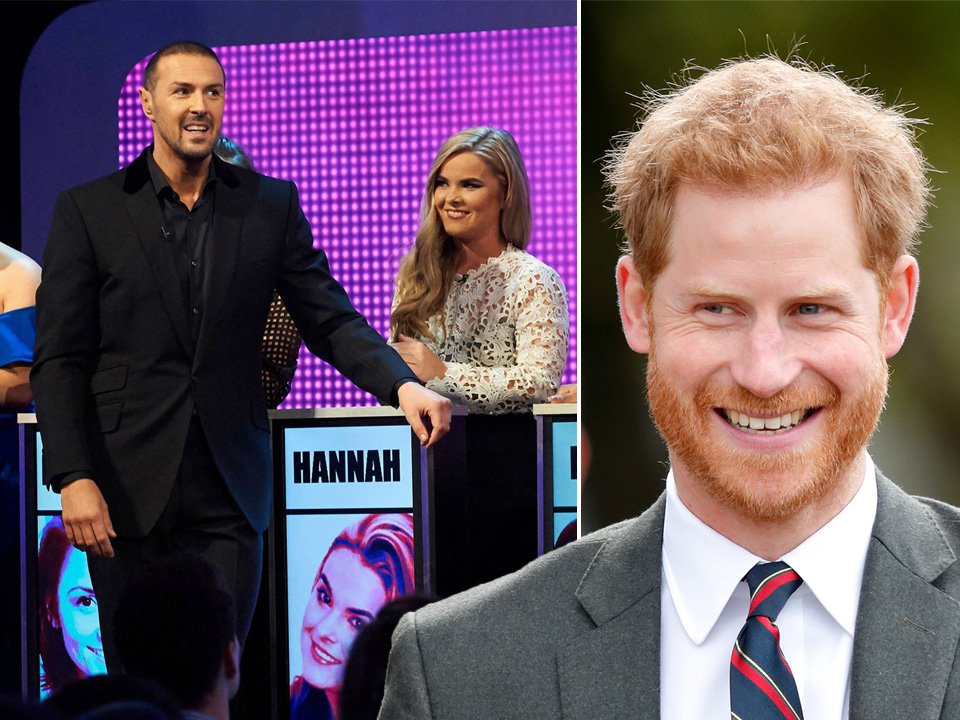 Prince Harry once asked Paddy McGuinness to take him to the fictional Take Me Out ‘romantic’ getaway Fernando’s.

The popular dating show was axed in 2020, and clearly Harry was a huge fan, desperate to have short getaway at the island where couples who matched would enjoy their first date.

When Harry met Paddy at Soccer Aid in 2016, the pair enjoyed a boozy night out, locking lips and taking their tops off when the royal made the wild request.

‘To say we were dancing close was an understatement,’ Paddy wrote in his autobiography My Lifey, according to The Sun. ‘Our chests were touching.

‘He asked me again if I could send him to Fernando’s.

‘He then proceeded to take my shirt off. So now I’m topless, a bottle of beer in each hand, dancing with Prince Harry.’

After Harry returned to Paddy with a round of Jagerbombs, Paddy said ‘while everyone was cheering, we embraced and he gave me a smacker on the lips’.

That very same year Harry went on to meet rising star Meghan Markle, with whom he now shares two children, Archie, 2, and Lillibet.

Sadly, Harry never made it to Fernando’s and unless the show gets picked up again, he never will.