'Q: Into the Storm': Here's Who Director Cullen Hoback Thinks Q Really Is 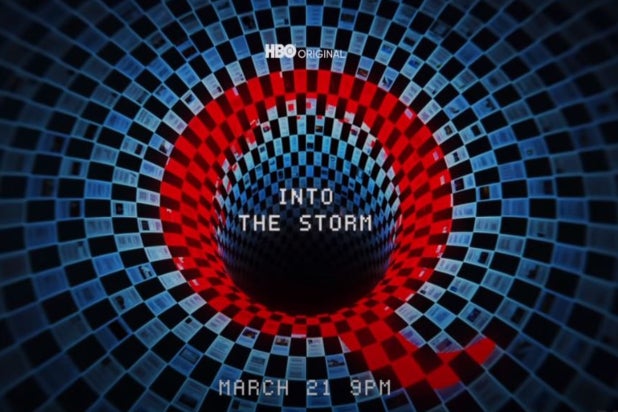 HBO’s documentary series “Q: Into the Storm” drops its final two episodes this Sunday. Like the rest of the series, the finale’s two episodes are heavily focused on figuring out who is Q, the person behind the QAnon conspiracy theory that motivated so many of Donald Trump’s most fanatical followers.

Flynn’s family actually filed a $75 million lawsuit against CNN last week for reporting his involvement spreading QAnon conspiracies. Flynn’s attorneys argue that Flynn never associated with or took “an oath of allegiance” to QAnon, despite the fact that Flynn has both cheered on and promoted QAnon’s theories — which include the belief that a satan-worshipping, pedophilic cabal of Democratic politicians are controlling the world and the media, and former President Trump was the only one who could stop it.

“Q: Into the Storm” director Cullen Hoback believes that he’s figured out who the real Q is, but since no one will actually admit to it, it’s hard to tell if he’s right. Still, Hoback produces some compelling evidence in the series arguing that it could be 8Kun/8Chan administrator Ron Watkins, with help from his dad, Jim Watkins, a conservative who owns the 8Chan and 8Kun sites.

“I think we made a very strong case in the series for Ron being the linchpin in QAnon, and having been that linchpin since late 2017 or early 2018,” Hoback told the Los Angeles Times. “That’s not to say that there aren’t people working with Ron. We paint a picture of the bigger network (in the series).”

Hoback makes a compelling argument that Ron Watkins is behind the QAnon movement in “Into the Storm” — and in the final episode, he almost gets Ron to admit it. Speaking to Hoback in a video call, Ron says that his Twitter feed (which has since been banned for promoting QAnon) is full of “research” he’s been doing that’s now public.

“I’ve spent the last, what, almost 10 years doing this kind of research anonymously,” Ron tells Hoback. “Now I’m doing it publicly, that’s the only difference…. don’t think for a second that half the threads on /pol/ (the political page of 8Chan) weren’t like, me digging.”

Hoback argues that Ron was leading the message board /QResearch/ on 8Chan, even though Ron always said he wasn’t very involved in posting there. In part six of “Q: Into the Storm,” Hoback nearly catches Ron slipping up in one of their final conversations.

“So thinking back on it, like it was basically three years of intelligence training teaching normies how to do intelligence work,” Ron said. “It’s basically what I was doing anonymously before… but never as Q.”

Hoback breaks out laughing as Ron quickly backpedals — “Never as Q, I promise. Because I am not Q and I never was,” Ron said.

Hoback makes the case in the series that Ron might not have started out as Q, but could have taken over the growing QAnon following by simply taking over the account, then creating a “fake digital forensics trail” by rerouting an IP address to lead to the houses of Bannon and other Trump operatives. “Into the Storm” notes that there were QAnon followers who began to believe the account was compromised or taken over shortly in 2018.

“Q only works with Ron,” Hoback noted. “When you see all of the things that he was covering up, the ways he changes his story and covers up his own fascination with all of the theories and ideas that he had; all of that, he had everything. He has the motive, he has the technical skills. … So yes, I do think Ron is Q.”