Did ‘CBS This Morning’ Close Ratings Gap With ‘GMA,’ ‘Today’ Under Anthony Mason?

The “Field of Dreams Game” had a dream ending for Chicago White Sox fans, and its ratings were a dream for Fox.

Thursday was a busy one on broadcast. In addition to Fox’s “Field of Dreams Game,” NBC brought back “Brooklyn Nine-Nine” for one final run. CBS aired “Big Brother.”

The “Field of Dreams Game,” based on the 1989 Kevin Costner movie, had a final scene fit for Hollywood. Trailing for most of the game, the New York Yankees took the lead in the top of the 9th inning after scoring four runs on the Chicago closer — a tall order against the first-place team in the A.L. Central. 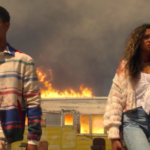 But in the bottom half of the inning, Tim Anderson’s two-run homer into the cornfield ended the game, 9-8. Cue fireworks above the Iowa stalks.

Fox was first in ratings with a 1.5 rating in the advertiser-coveted 18-49 demographic and in total viewers with an average of 5.9 million, according to preliminary numbers. Those numbers were made up by the “Field of Dreams Game,” which aired throughout primetime.

CBS was second in ratings with a 0.7 and in viewers with 2.5 million.

ABC was third in ratings with a 0.4 and in viewers with 2 million.

NBC was fourth in ratings with a 0.3 and in viewers with 1.3 million.