The Real Housewives of Cheshire star Dawn Ward headed out in Manchester last night for a pal’s party.

But rather than getting all dolled up in a flowing gown and glistening jewels, there was a different strict dress code – fetish.

The blonde bombshell squeezed her assets into a completely frontless catsuit, that left her cleavage completely on display.

Unable to wear a bra in the ensemble, Dawn’s chest took centre stage – though she made sure to wear another form of underwear.

Rather than wearing the garment as intended, the mum-of-four slipped on a pair of shorts so she didn’t reveal a little bit too much.

The criss-cross pattern that ran down Dawn’s chest also ran right down her legs, meaning she was showcasing a huge amount of her golden skin. 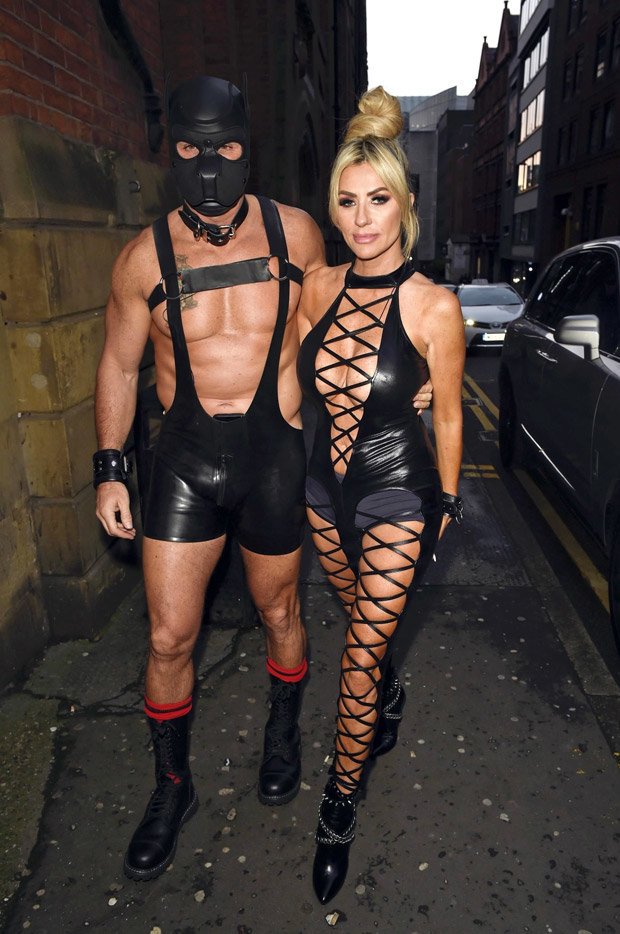 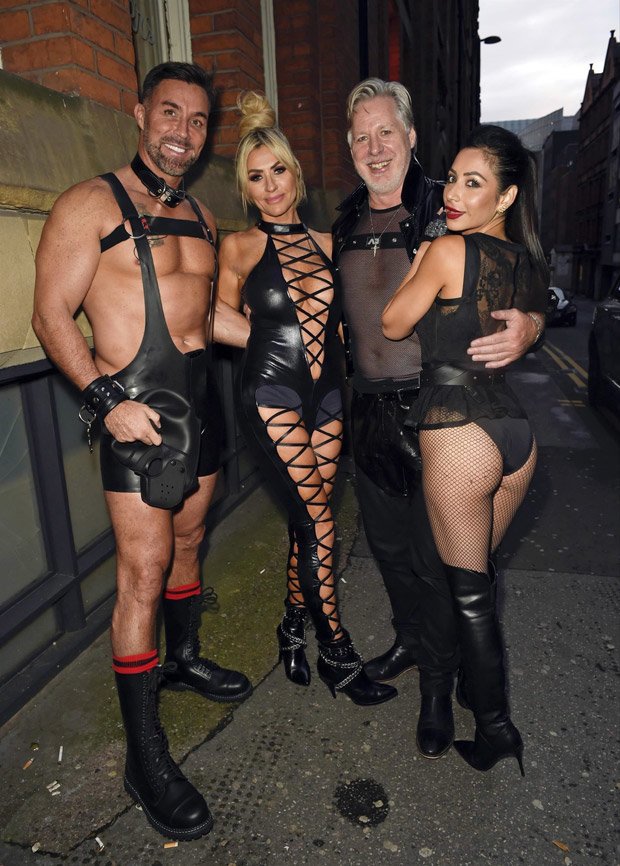 Meanwhile, husband Ashley wore a harness across his chest, a collar around his neck and a dog-styled gimp mask over his face.

His minuscule outfit must not have had any pockets, as the sportsman was forced to stuff his phone down his crotch.

Plenty of Dawn’s Real Housewives co-stars were also in attendance, including Colombian beauty Perla Navia and her husband Jonathan Barton. 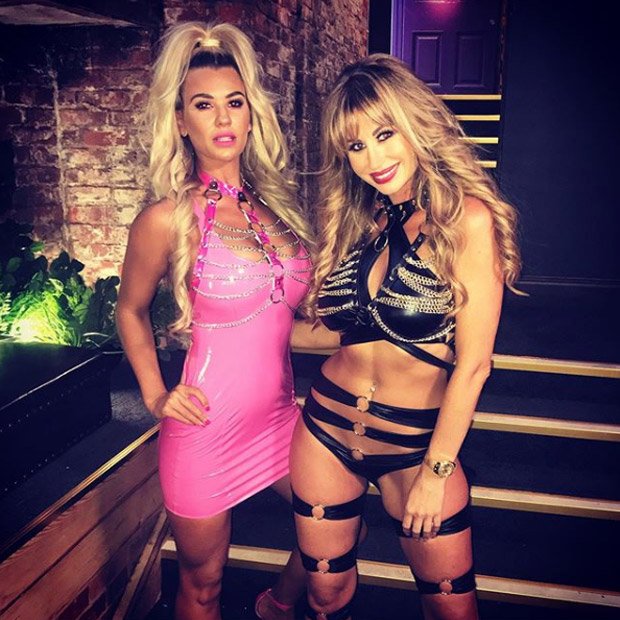 Jonathan didn’t flash quite as much flesh as Ashley, but was in-keeping with the theme in a mesh top and leather everything else.

Also at the event were Ester Dee, who went seriously bondage, and Christine McGuinness who added a feminine spin by making her fetish outfit a Barbie pink.

The night was filmed for the upcoming series of The Real Housewives of Cheshire, expected to air later this year.