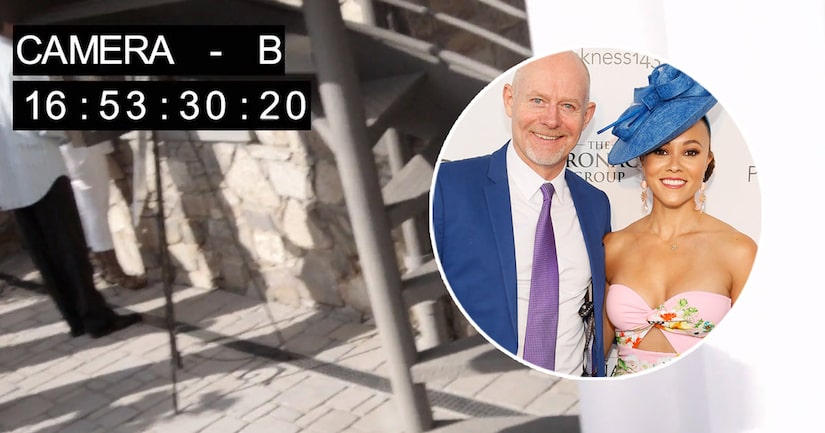 “It shows the level people will stoop to in order to get ratings,” Ashley Darby’s husband says after Sunday’s episode.

Michael Darby has responded after "Real Housewives of Potomac" aired footage from Monique Samuels’ rainbow baby shower, where he had been accused of sexually assaulting cameraman Orville Palmer.

In September of last year, Orville accused Michael of "grabbing and groping" his butt while filming at Monique’s baby shower. He was charged with felony assault and misdemeanor improper sexual conduct, but due to insufficient evidence, the charges were dismissed a month later.

However, the Bravo show did air footage from that party on Sunday’s episode, which appeared to show the events directly following the alleged assault.

"On one hand, I was amused by the production company’s amateurish attempt to affect the viewers opinion by first showing video that clearly does not show any improper action by me and then try to couple that with another video which was taken 4 hours later by a different cameraman of a conversation with a cousin of a cast member — not the cameraman — who whenever I see him refers to a well-documented, harmless event that occurred in season one," Michael, husband of Ashley Darby, told People after the episode aired. "On the other hand it shows the level people will stoop to in order to get ratings."

"This was a serious situation where an employee of the production company tried to take advantage of my wife and I by making up a story to try to profit from it," he added. "The fact that the production company appears to endorse his actions by splicing together disconnected and unrelated events in order to also profit is really scary for people in my position."

A representative for Truly Original, the production company that handles "RHOP," responded to Michael’s claims on Monday.

"Pertaining to Michael Darby’s scenes in last night’s Real Housewives of Potomac, there was no manipulation of audio or video; the footage that aired in last night’s episode depicted events exactly as they occurred," the rep told TooFab.

Bravo, which airs "RHOP," had no additional comment when contacted by TooFab.

As stated previously, Orville accused Michael of "grabbing and groping" his butt while filming at Monique’s baby shower last year — however all charges were dropped soon after the alleged incident.

While Sunday’s previously unseen footage did not capture any physical contact between Orville and Michael, viewers got to hear Orville speaking to Michael.

"Hey, bud, how are you?" Michael was heard saying, giggling as he passed the crew member.

"Please don’t do that," Orville was heard responding.

"Don’t do that," Orville reiterated.

"Fine, no problem," Michael said, before walking over to where his wife was standing to grab the drink she was holding for him.

"Good, honey, how are you?" she asked while he took a sip from his drink.

According to more previously unseen footage of the shower, an unidentified man was heard confronting Michael inside Monique’s home, where several people were gathered. The memo on the screen said the confrontation took place "three hours later."

"No!" someone shouted, before Michael said, "Come on. I’ll get a beer."

The very end of that encounter caught a glimpse of Michael heading toward the door.

Both Michael and Ashley have denied the claims, with Michael explaining days after the alleged incident on FOX D.C. that he "did bump into the cameraman" on his way out of Monique’s basement and into her backyard, where the shower was being held.

END_OF_DOCUMENT_TOKEN_TO_BE_REPLACED

END_OF_DOCUMENT_TOKEN_TO_BE_REPLACED
We and our partners use cookies on this site to improve our service, perform analytics, personalize advertising, measure advertising performance, and remember website preferences.Ok