Fans of both Riverdale and Chilling Adventures of Sabrina have been treated to multiple nods at a crossover, from costume hints to location clues fans have been sent into a frenzy at the prospects of a crossover episode. Now Veronica Lodge star Camila Mendes has spoken out about the prospect.

The CW and Netflix teen drama Riverdale returned last week with the tenth episode of the season titled Varsity Blues.

The episode saw yet more mysteries and challenges for Archie Andrews (played by KJ Apa) and the gang as Stonewall Prep once again proved they weren’t willing to play fair.

Fellow Netflix series Chilling Adventures of Sabrina recently finished airing its third season of the show, and fans were delighted to see one star has now appeared in both shows.

With Sabrina’s town of Greendale situated just the other side of Sweet Water River, fans think there’s a good chance there could be more crossovers to come. 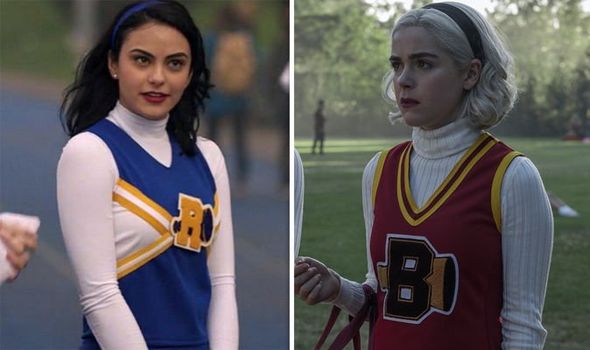 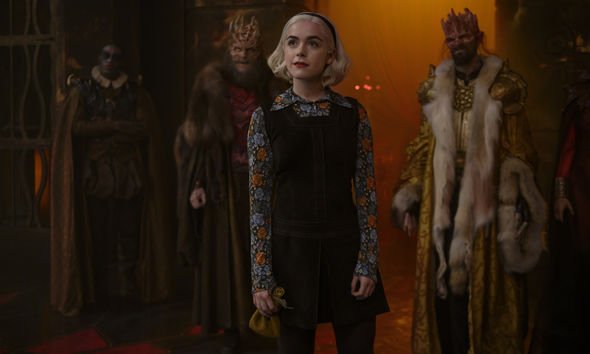 There have already been a number of crossovers since the series began.

When Hilda (Lucy Davis) was a spider she was seen eating someone who was wearing a Southside Serpent jacket.

Perhaps one of the biggest crossovers so far was when Penelope Blossom (Nathalie Boltt) made a cameo in Chilling Adventures of Sabrina, playing witch Prudence Blackwood (Tati Gabrielle) in disguise. 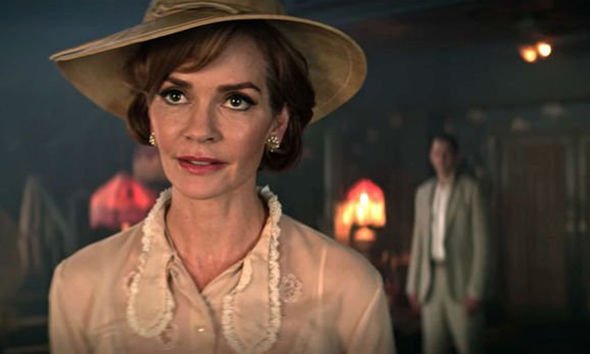 However, Veronica star Camila seems doubtful there will be any bigger crossovers.

Speaking at the IMDb studio during the 2020 Sundance Film Festival on Saturday, Camila said: “If they were on CW I think we totally would,

“But I think we will crossover with Katy Keene, which is coming out soon.”

Despite her doubts about the Sabrina crossover, it seems Katy Keene could be getting a little more than a mention in upcoming episodes.

Reddit user Dreamlacer said: “It occurs to me that Archie, Veronica and Cheryl together actually exhibit more of typical serial killer behaviours than Betty.

“Archie is aggressive and angry. Veronica is calculating and conniving. Cheryl is crazy.

“Yes, Betty may have put her cat out of its misery (after it was run over by a car). It certainly wasn’t out of some fascination for killing, like serial killers would have.”

The fan went on to point out Chery Blossom’s (Madelaine Petsch) fascination for dead bodies and the fact that not one, but both her parents were cold blooded killers.

They explained: “Archie, with his fists in the ring. Yeah, I know the guy was on Jungle Jangle, but Archie’s fists still helped him to the other realm. Veronica killed a serial killer and went about life like it never happened. Cold as ice.”

Was Jughead killed by another member of the core four?