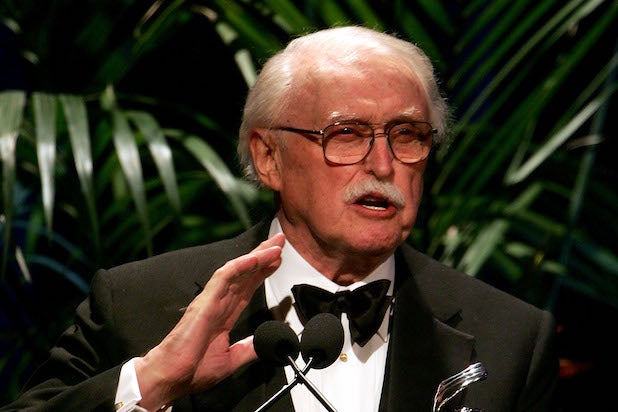 Robert Fletcher, a prolific costume designer who worked on the original four “Star Trek” films and had a long career in theater, has died. He was 98.

Fletcher died peacefully in Kansas City, Missouri on April 5. No cause of death was provided.

Robert “Bob” Fletcher worked as a costume designer for over six decades, crafting the iconic look of the Klingons and the Vulcans in the original “Star Trek” movies starting with “Star Trek: The Motion Picture” in 1979. His last feature film would be “Star Trek IV: The Voyage Home” in 1986, and he’s credited with imagining the “monster maroon” Star Fleet uniforms worn by William Shatner and company.

Fletcher also had an extensive career in theater, working as a costume designer on the original Broadway productions of the musicals “How to Succeed in Business Without Really Trying” and “Walking Happy.” He also worked alongside Orson Welles as an actor in a 1956 production of Shakespeare’s “King Lear” at New York City Center. Some of his other costume and set design work included for Lincoln Kirstein’s ballet and opera projects and as a producer on Noel Coward’s “High Spirits” and “Best Foot Forward” with a young Liza Minnelli.

He received a Drama Desk Award nomination for Outstanding Costume Design for “Othello” in 1982 starring James Earl Jones, Christopher Plummer and Dianne Wiest. He was nominated for three Saturn Awards and in 1987 won the Saturn for “Star Trek IV.” In 2005 Fletcher was awarded the Career Achievement Award from the Costume Designers Guild and in 2008, received a Theatre Development Fund / Irene Sharaff Lifetime Achievement Award for his set design.

Fletcher was married for 65 years to the late Jack Kauflin, who was an original member of the New York City Ballet, a singer, and a Broadway dancer.