Ryan and Alya reunite in Coronation Street after love declaration? 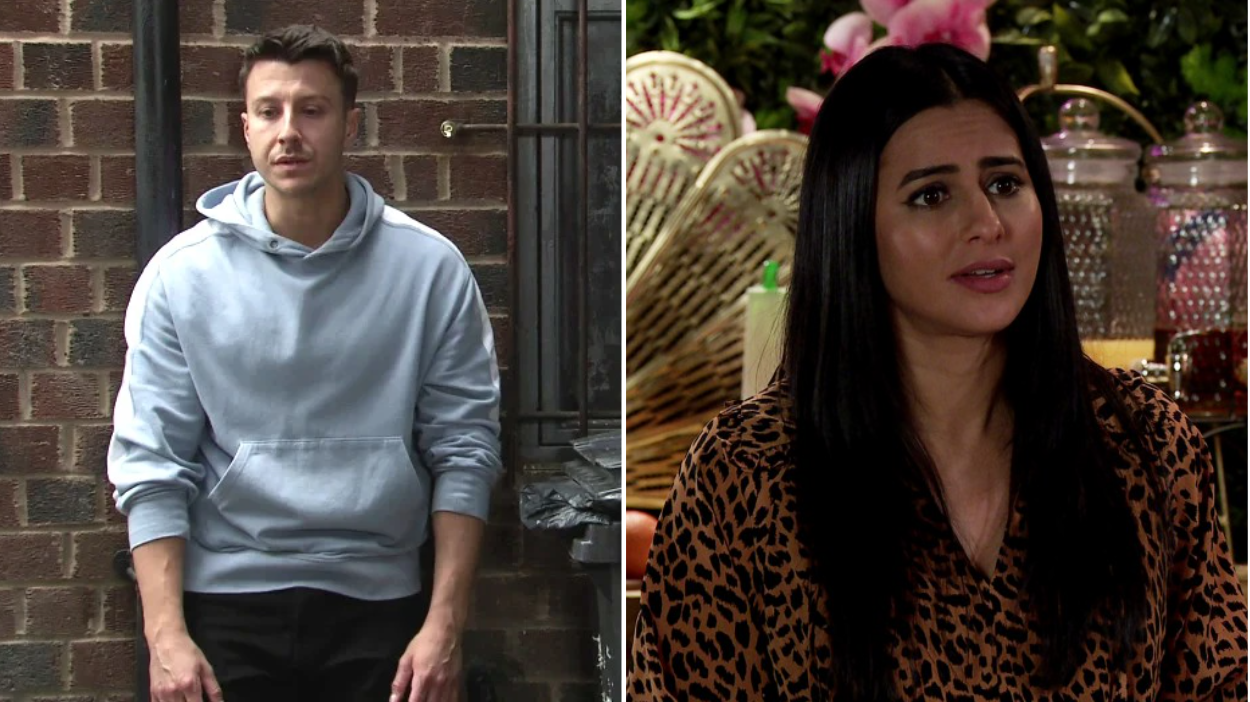 Ryan Connor (Ryan Prescott) is clearly still harbouring a lot of affection for former love Alya Nazir (Sair Khan) in Coronation Street – and he decides he has to tell her how he feels in upcoming episodes.

Ryan and Alya’s relationship was previously destroyed when Daisy (Charlotte Jordan) set her sights on Ryan and he was tempted away from Alya.

Recently he got into a huge amount of trouble when he agreed to Debbie’s reckless scheme to stage a robbery at the Bistro.

Narrowly avoiding a prison sentence following that escapade, Ryan has clearly been jolted into having a serious think about the direction his life has taken.

And when he sees Alya enjoying a lunch date with another man, Ryan realises that he wants his future to be with her.

Ronnie (Vinta Morgan) encourages him to tell her how he feels, so Ryan braces himself and has an honest conversation with Alya, telling her how much she means to him.

He says he’s truly sorry for taking the money from the Bistro and that he wishes the two of them could get back together.

Will Alya give him another chance?