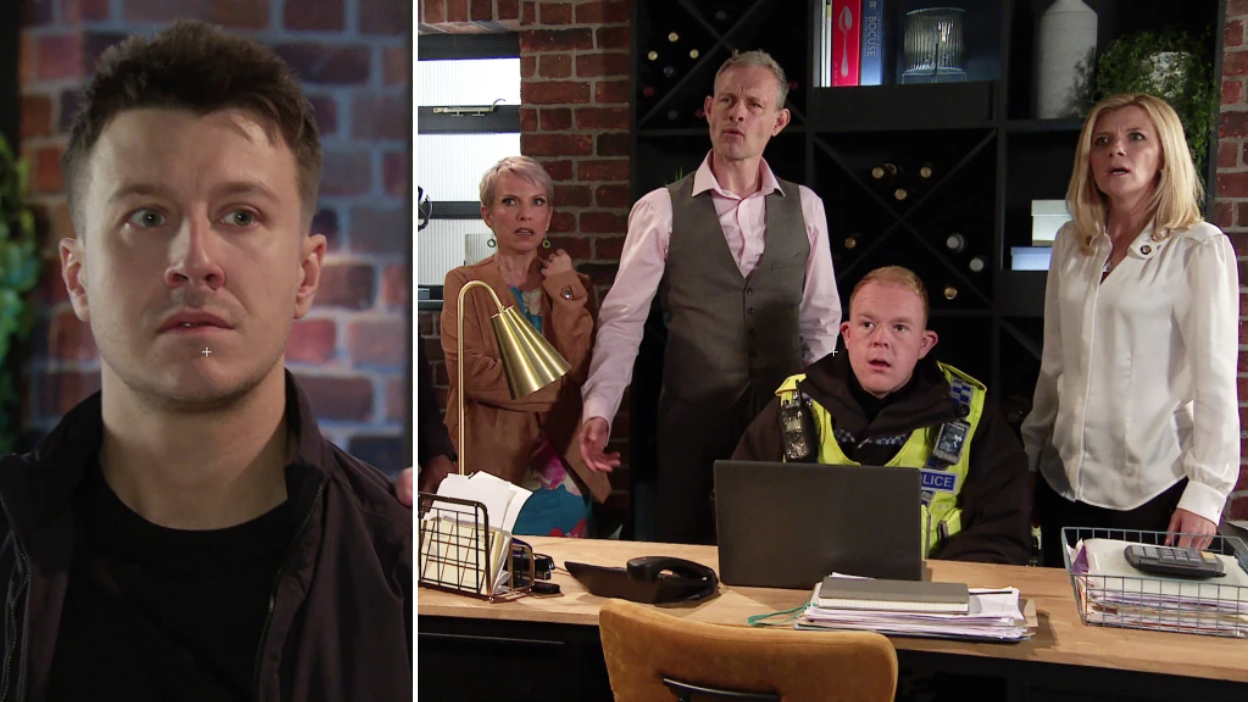 Last year, his relationship with Alya (Sair Khan) broke down after Daisy (Charlotte Jordan) meddled and stole him from her.

Now though, Ryan is desperately trying to get his life back on track – but that’s all set to go horribly wrong.

In the Bistro, Debbie (Sue Devaney) is continuing to have money problems and decides faking a break-in and then claiming on the insurance is good way of getting her hands on some cash.

She enlists the help of Ryan to stage the robbery, but when Debbie changes her mind and tells her the plan is cancelled – Ryan is furious.

With the Casino Night underway, Ryan tells Debbie that he’s going to fuse the electrics and grab the cash from the safe.

As the Bistro gets plunged into darkness, Debbie helps Ryan with the plan and the customers file into the pub.

Just as Ryan stuffs the cash into a bag, Leanne (Jane Danson) arrives, forcing him to hide.

Clutching the bag, Ryan comes out of his hiding place and makes out to Leanne that he’s just arrived.

As Ryan assures Debbie the cash is in his bedroom, Leanne is horrified to see all the money from the safe has disappeared.

With the plan seemingly a success, Debbie orders Ryan to call the police – but is this doomed to fail?