SAG Awards Omit Delroy Lindo, Amanda Seyfried, and More: What That Means for the Oscar Race

While “The Irishman” and “Once Upon a Time in Hollywood” scored key Screen Actors Guild Awards nominations last year, the one that mattered was the first-ever inclusion of Bong Joon Ho’s “Parasite,” a foreign-language film, in the Cast in a Motion Picture category. That meant the movie was mainstream enough to not only win the SAG Award (which it did) but also to win the Best Picture Oscar. Unlike critics’ group prizes (including the Golden Globes), the SAG Awards nominations (selected by a new nominations committee of 2,500 every year) actually are predictive of where the dominant Academy actors branch will go.

But Netflix also scored acting slots for the respected (and long overdue) stars Amy Adams (lead) and Glenn Close (supporting) for Ron Howard’s “Hillbilly Elegy.” Also in the leading role category are Globe nominees Davis, Kirby, McDormand, and Mulligan. That leaves out Globe nominee Andra Day, who plays the title role in late-breaking “United States vs. Billie Holiday.” Also not saved by SAG are Zendaya (Netflix’s “Malcolm & Marie”) whose Oscar chances are slimming, along with “Ammonite” (Neon) star Kate Winslet, who gave a remarkable performance in a dour movie nobody saw.

Also included in the pivotal ensemble race was Lee Isaac Chung’s Sundance 2020 breakout “Minari” (A24) also a Korean-language film, about a family trying to thrive in the American heartland. Actors clearly respond to the heart-tugger, as they also nominated Steven Yeun, who now enters the Best Actor Oscar race, as well as Korean star Youn Yuh-jung, who steals the movie as the wily grandmother. After playing a virtual Film at Lincoln Center run, “Minari” opens in a limited number of theaters and on the A24 Screening Room platform beginning Feb. 12, followed by a VOD release February 26, at the height of awards season. This is A24’s third Cast nomination after “Lady Bird” and “Moonlight,” which went on to a Best Picture win. And while Bill Murray landed a Globe nod for in Sofia Coppola’s “On the Rocks,” SAG was a no go. 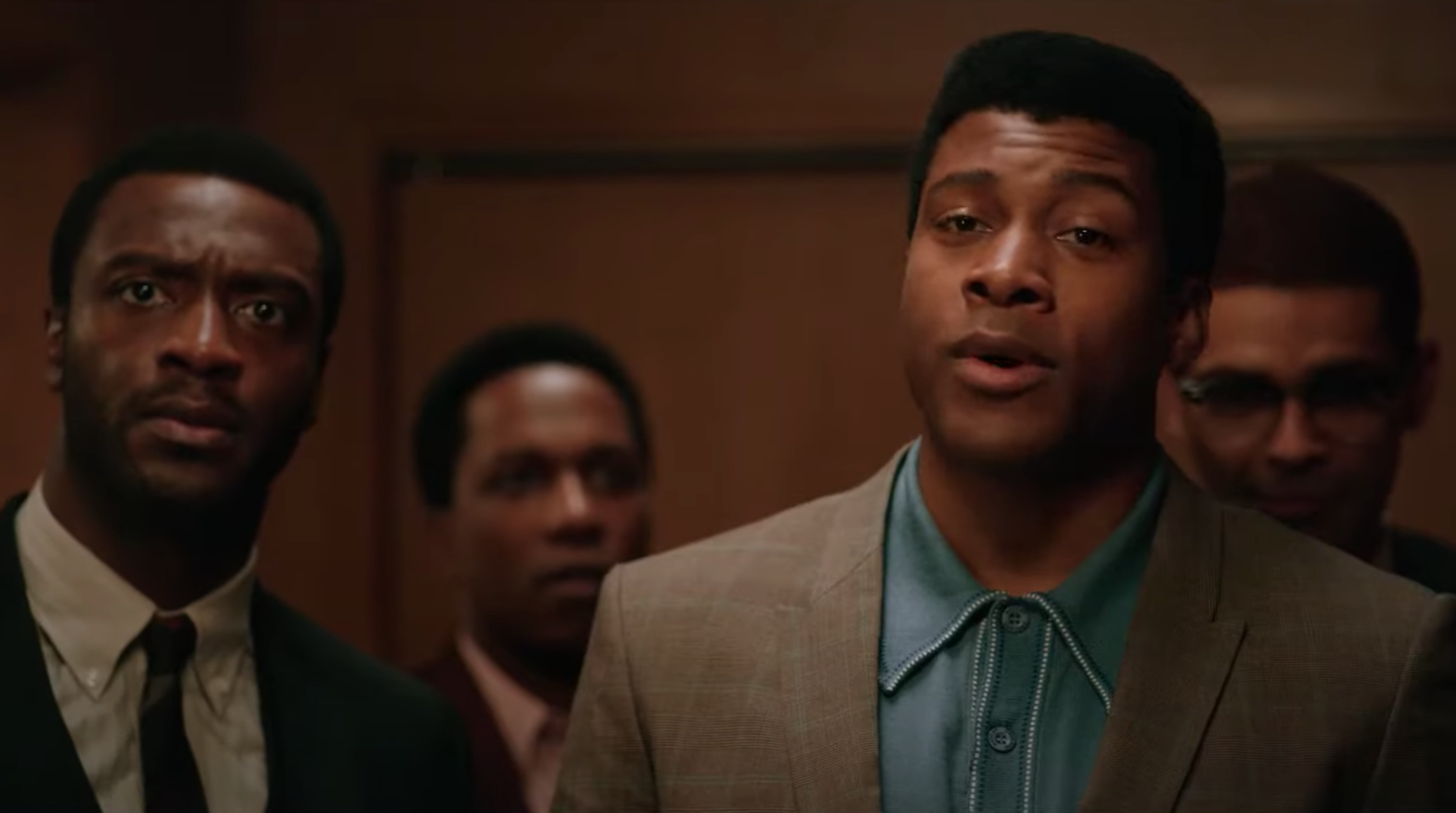 “One Night in Miami”

Amazon Studios has mounted effective campaigns for Ensemble nominee “One Night in Miami,” which added a SAG nod to its Golden Globe nomination for breakout “Hamilton” musical star Leslie Odom, Jr. He could win the Oscar. He has to prevail over the late Chadwick Boseman (“Da 5 Bloods”), who is likely to win in lead for “Ma Rainey’s Black Bottom,” along with fellow-Globe nominees Sacha Baron Cohen (“The Trial of the Chicago 7”), and two actors in late-breaking Warner Bros. movies, Daniel Kaluuya (“Judas and the Black Messiah”) and Jared Leto (“The Little Things”). Kaluuya follows up his nomination for “Get Out,” while Leto hasn’t been in the awards zone since he won the Oscar for “Dallas Buyers Club.”

Also steady as it goes is Amazon’s “Sound of Metal,” which added a SAG nod to its Globe nomination for lead Riz Ahmed. So far supporting actor Paul Raci is not registering, but he could still turn up on Oscar nominations morning March 15.

Not making the Ensemble cut does not spell the end of “Nomadland” (Searchlight) as the frontrunner in the Oscar race. The movie is an anomaly: produced by McDormand, who hired Chloé Zhao to write and direct, “Nomadland” is an innovative mix of cinema vérité and fiction elements, with pros like McDormand and costar David Strathairn acting opposite non-pros. “Nomadland” was always an unlikely ensemble play. It is not essential to land an Ensemble nod in order to proceed to a Best Picture win, but it is statistically rare: Guillermo del Toro’s “The Shape of Water” was the first to pull off that feat since Mel Gibson’s “Braveheart” in 1995. 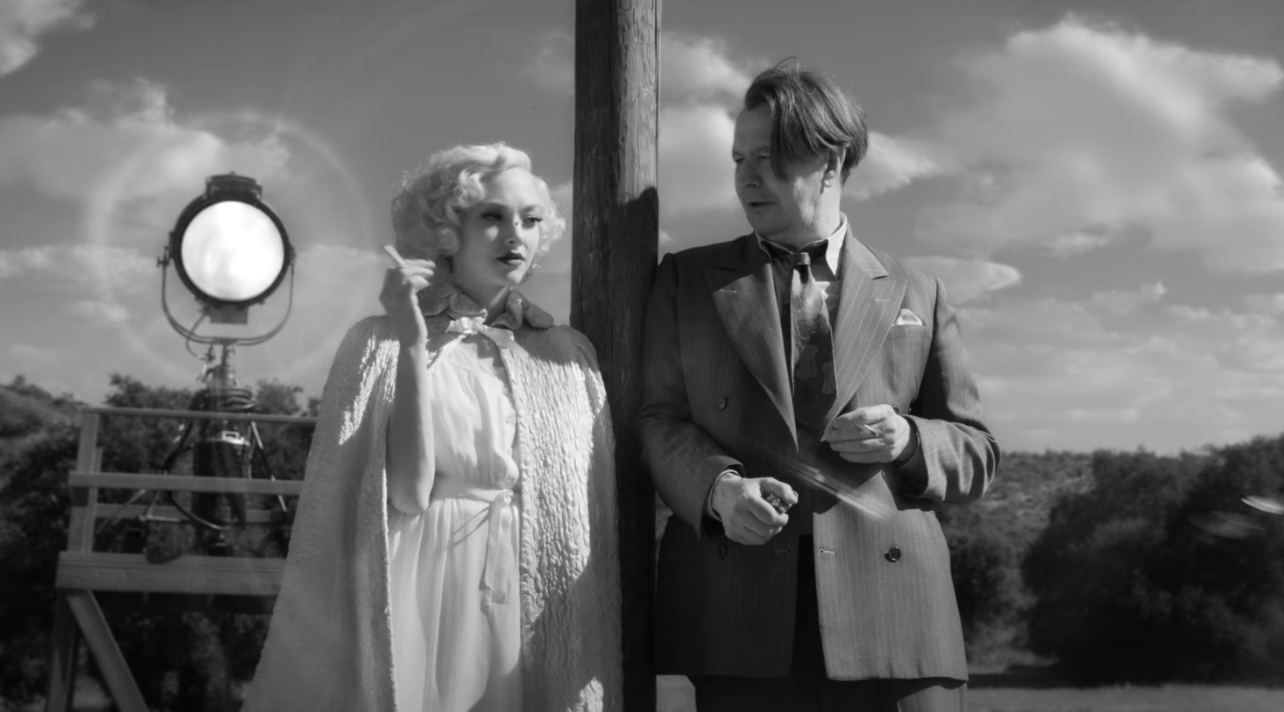 “Nomadland,” for all its idiosyncrasies, is a strong Oscar contender; David Fincher’s “Mank” is another matter. Despite its sprawling cast, it’s essentially a two-hander between Gary Oldman (as witty alcoholic screenwriter Herman J. Mankiewicz) and Amanda Seyfried (as San Simeon’s movie-star hostess Marion Davies). Oldman landed his expected nod, but Seyfried, delivering the performance of her career, did not. All is not lost for her. Regina King, for one, missed SAG and went on to win the Oscar for “If Beale Street Could Talk.”

As a whole, these 2,500 SAG voters are more mainstream and less sophisticated than their less-numerous Academy counterparts. There may be more Oscar support for the cinephile pleasures of Fincher’s old Hollywood, certainly on the craft side, in a year that offers few movies of any scale. But this SAG snub suggests that the rank and file Academy voters may not go for “Mank.”

While landing ensemble was a huge win for Spike Lee’s “Da 5 Bloods,” the omission of lead Delroy Lindo is a sign of weakness for the movie, which was snubbed by the Golden Globes. It’s possible that his raging, damaged Vietnam vet is off-putting to some, but it’s just the kind of masterful, big performance that actors often embrace. Academy actors could rally to the veteran actor’s cause, but he’s up against five SAG nominees who are all in Oscar contention. We find out who the SAG Awards go to April 4.