MANCHESTER United star Chris Smalling featured in a hilarious prank on his bride-to-be’s hen party – after her Page 3 pals partied wearing masks of his FACE.

Blonde stunner Sam Cooke, 30, and her hens donned the cardboard cutouts on a night out while 8,300 miles away in Barbados. 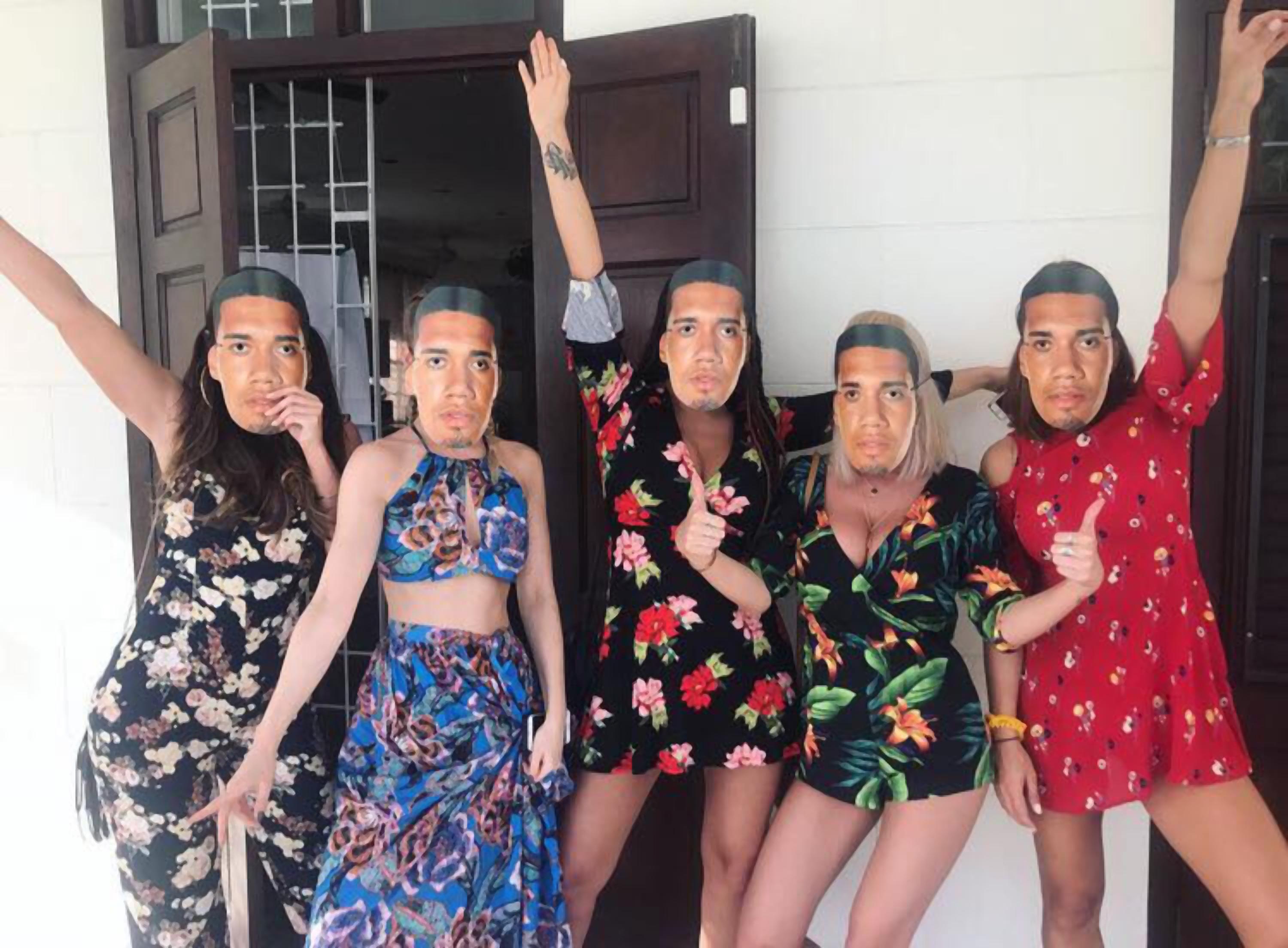 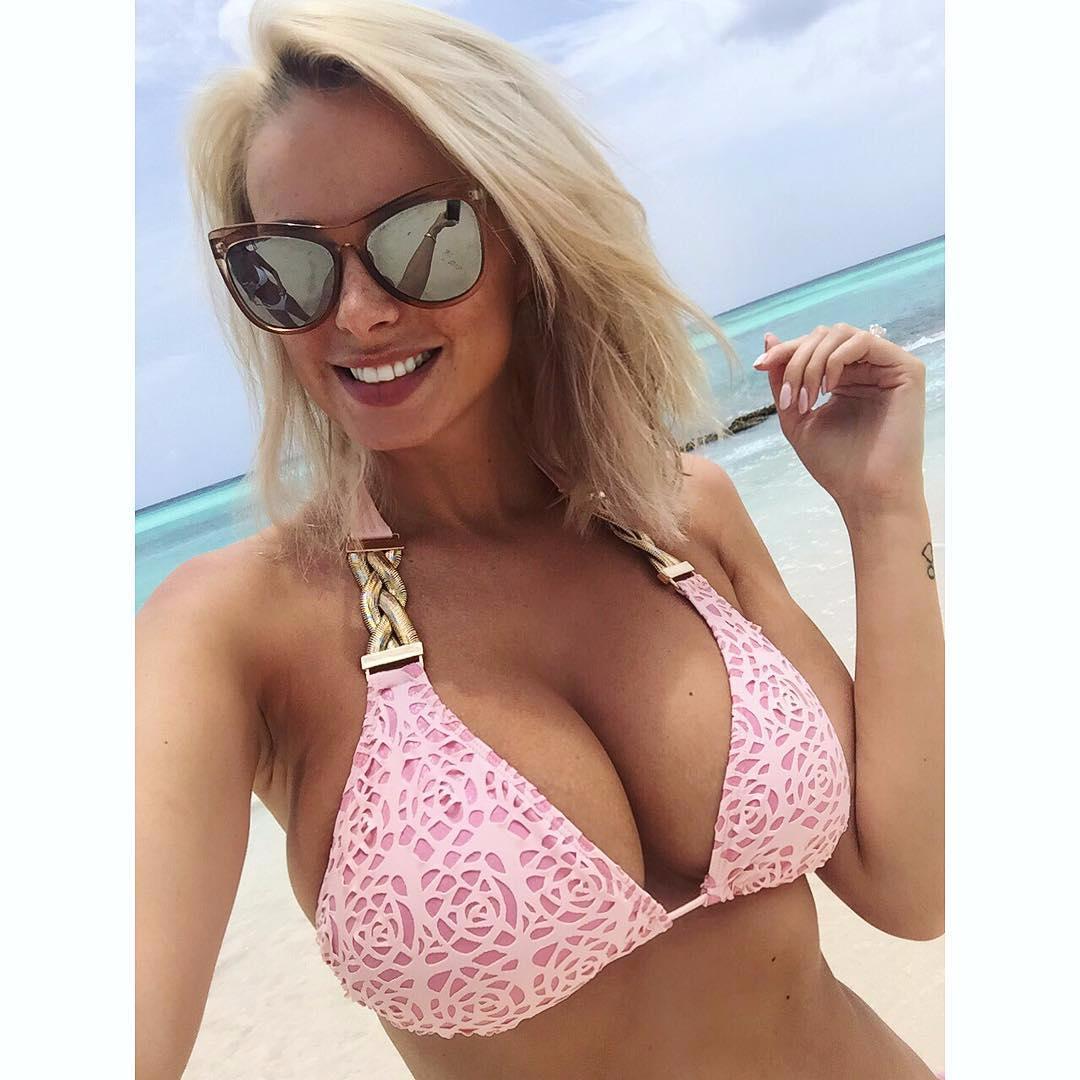 Rhian Sugden poses up a storm in a pink bikini

The models turned heads on the Caribbean island as they wore jaw-dropping outfits – complete with face masks of the England defender.

The hens also enjoyed a day on a luxury yacht – where Sam was pictured wearing a white bikini with “bride to be” splashed across her bottom while her pals wore matching black ones printed with “bride squad”. 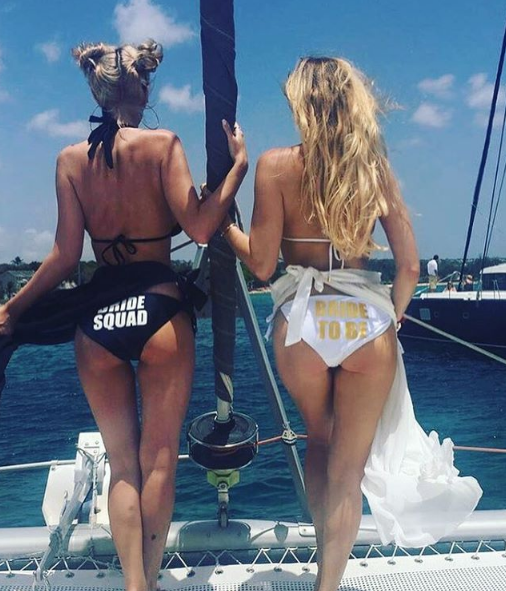 Rhian, left, and Sam wear cheeky cossies on the hen do 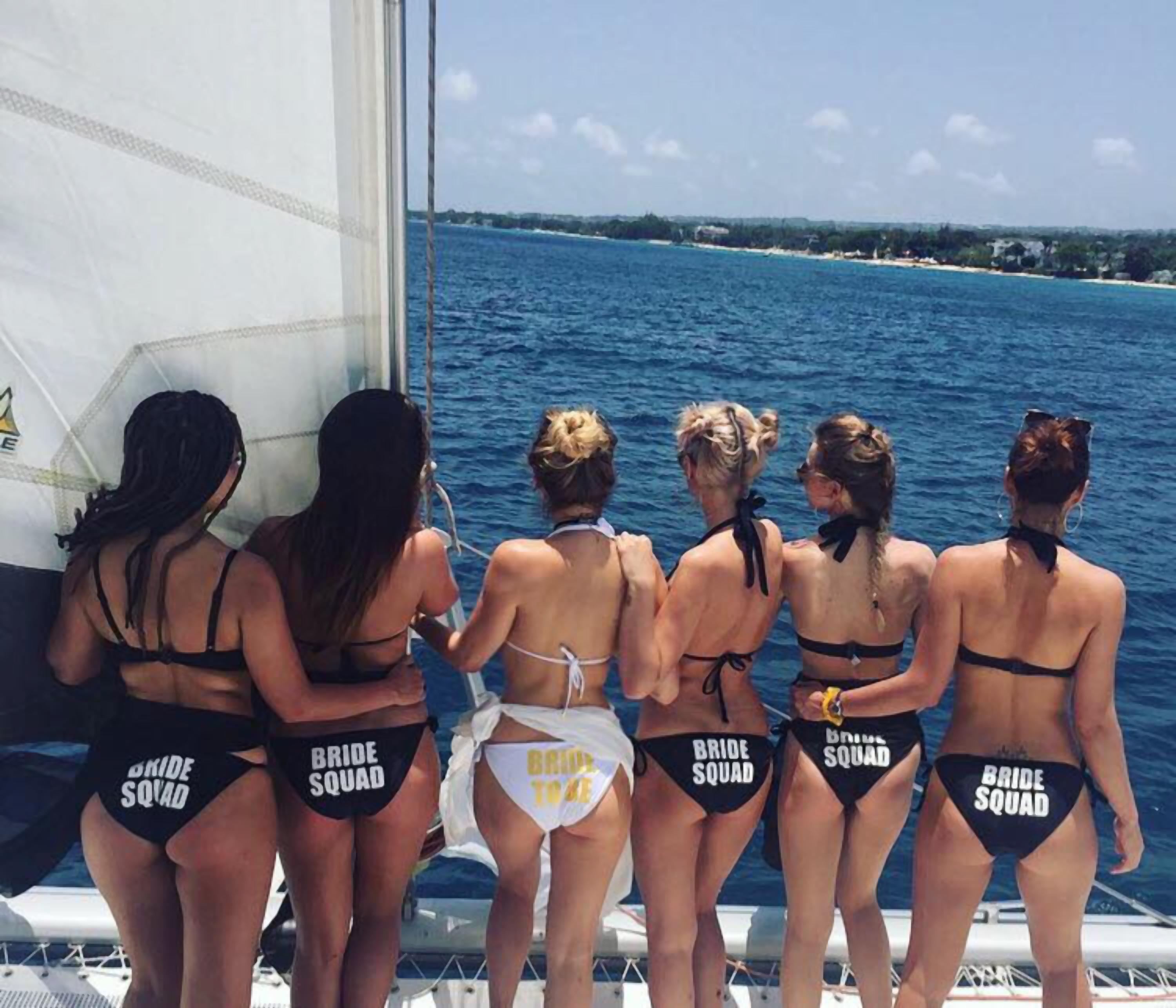 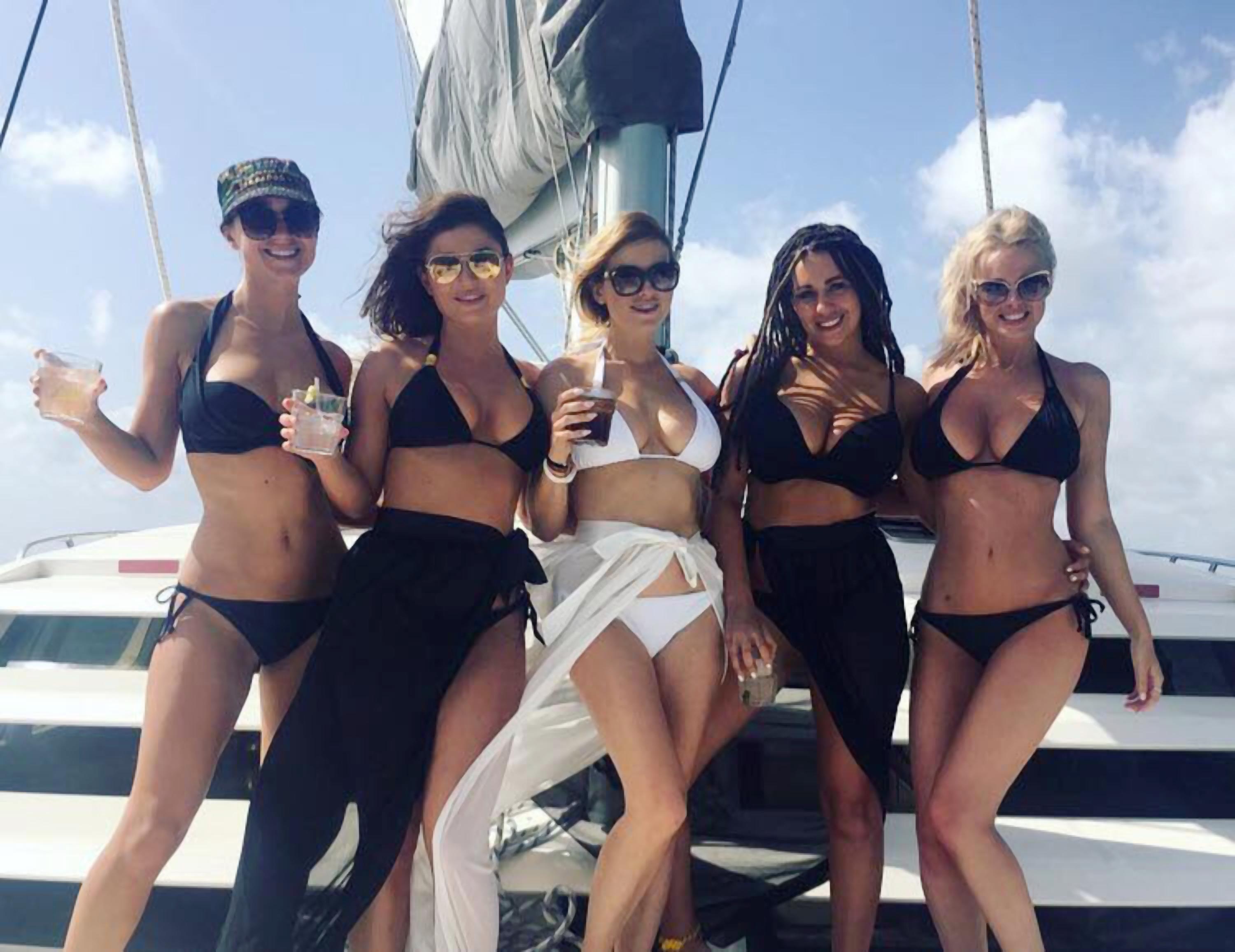 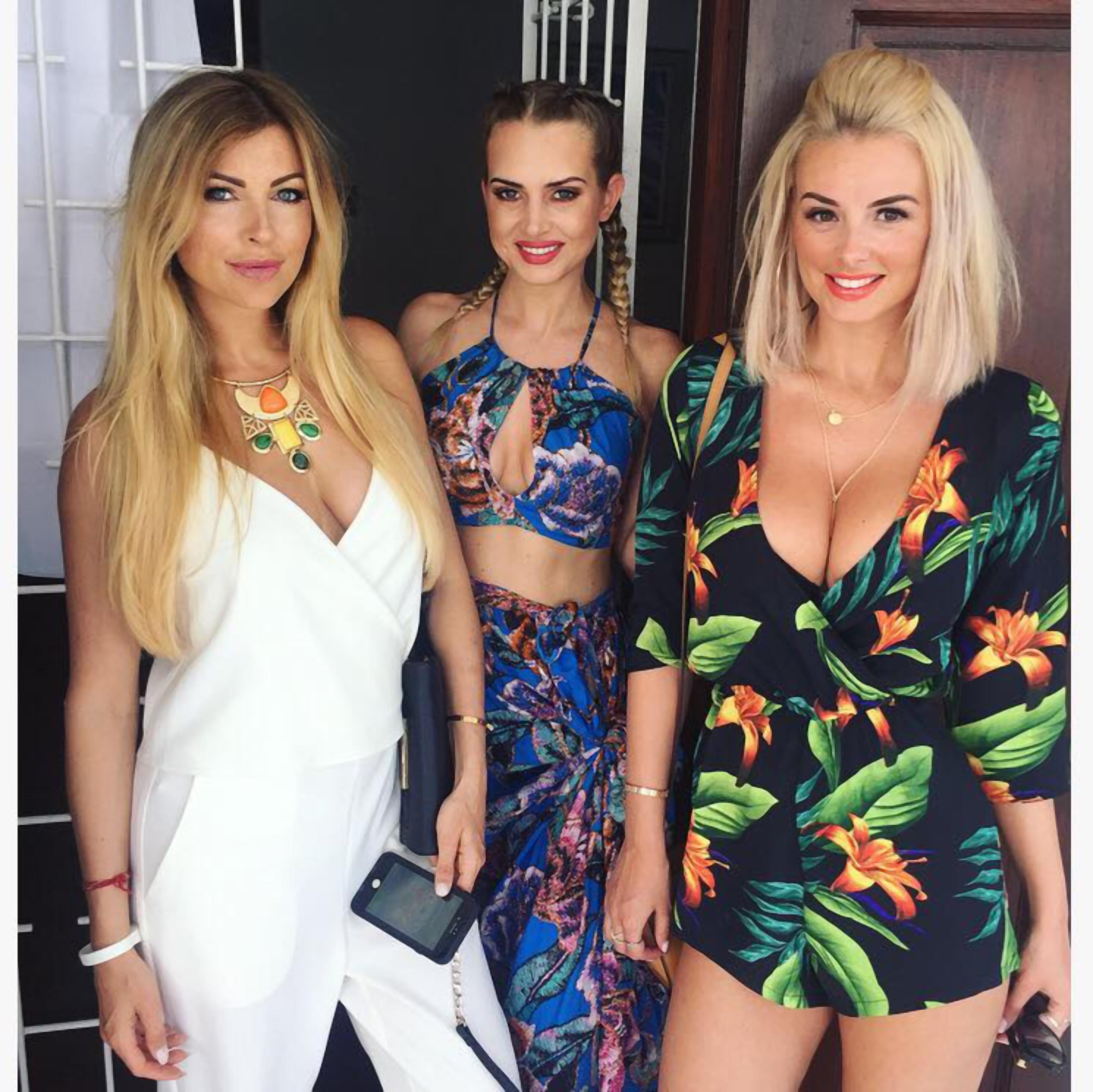 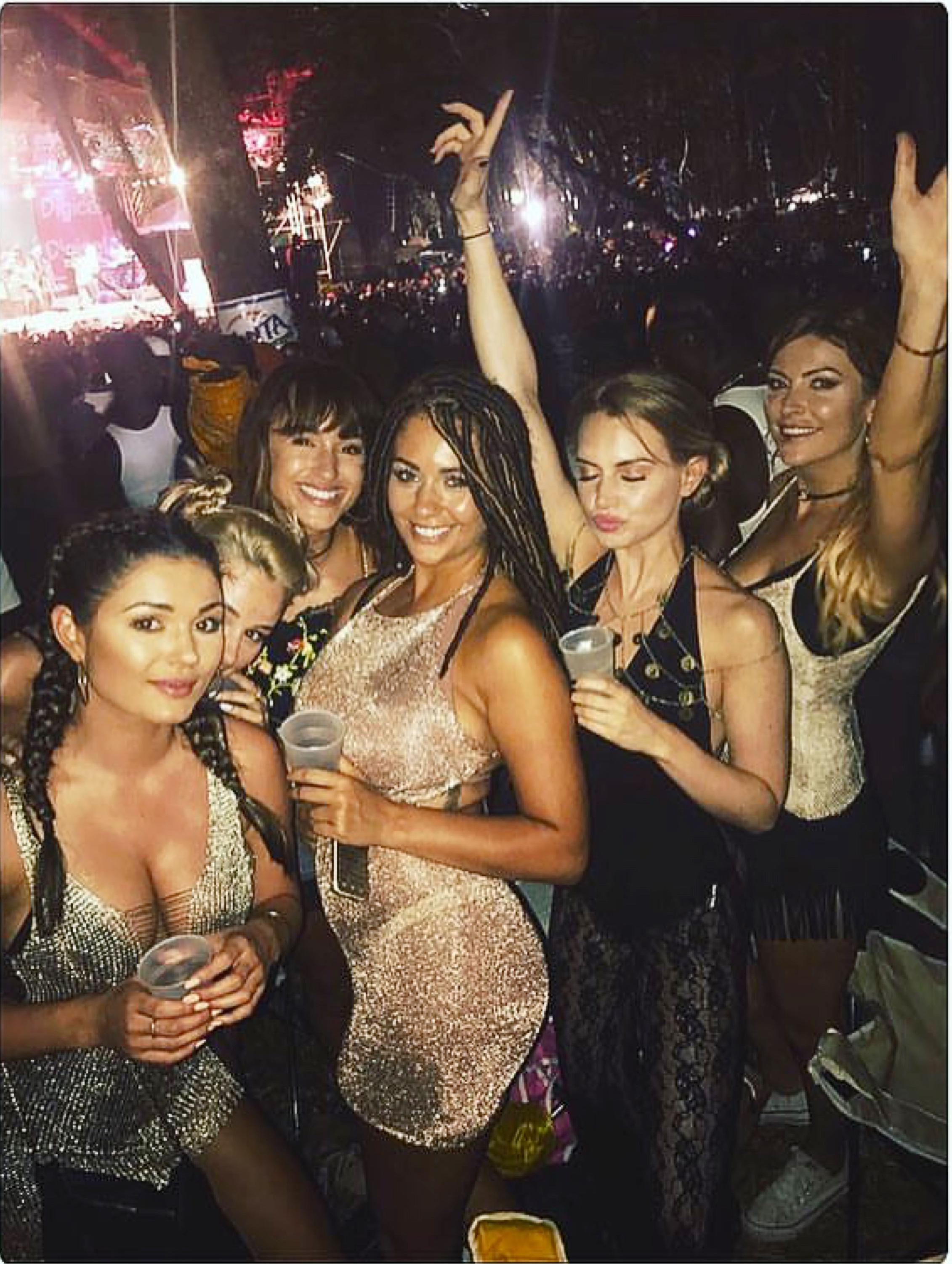 The pals – wearing low-cut Rastafarian vests of red, black, green and yellow – had clearly hit the local souvenir shops where they bought the colourful keepsakes.

The group also enjoyed a spin on a jet ski during the week-long trip – followed by glamorous nights out where they knocked back beers and cocktails.

After touching down at Manchester Airport on Tuesday, Sam posted on Facebook: "Had the BEST time xxxxx thanks for sharing it with me and making it great with your lovely if not occasionally anxious ways." 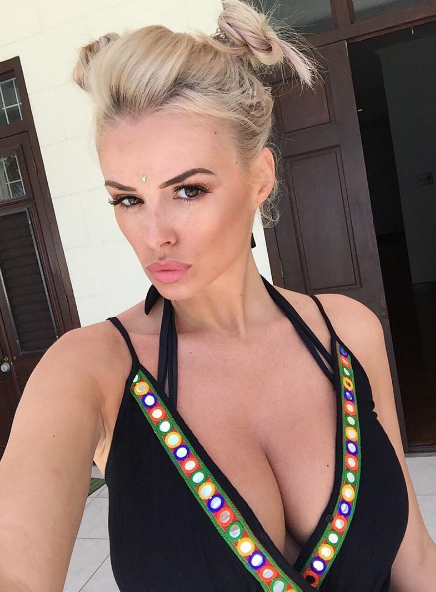 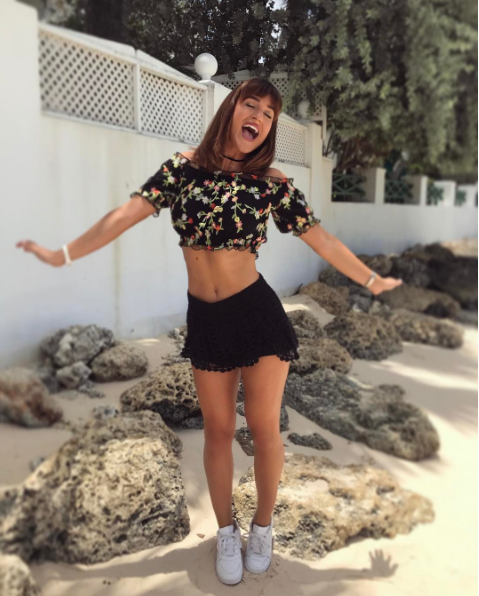 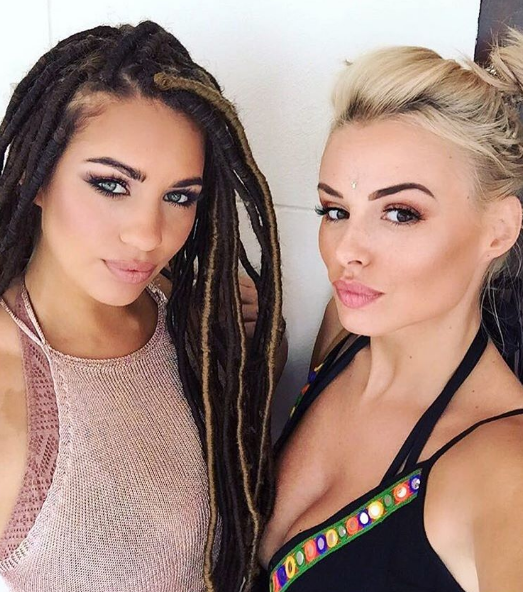 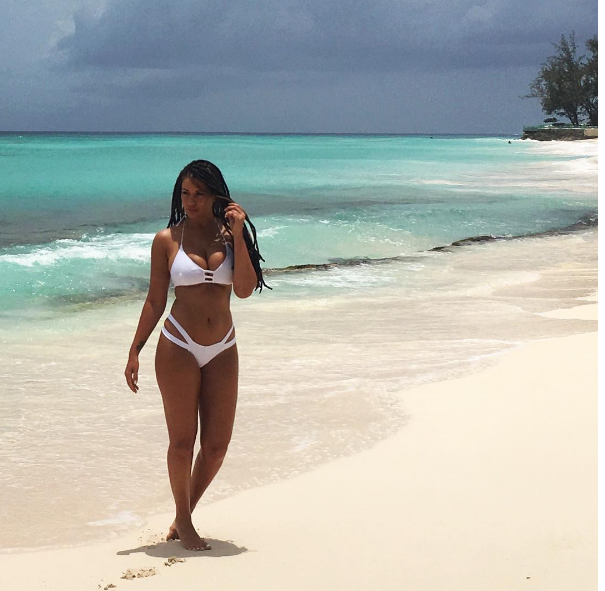 Rhian commented: "Been an absolute pleasure being a part of Sam Cooke's hen do in Barbados! Had the best time! You are going to make the most beautiful bride! Thank you for the memories!"

Smalling, 27, popped the question to Sam during a trip to Bali last summer and he will make a 10,000 mile-round trip for his stag do in Las Vegas in June.

The pair will tie the knot in Italy’s tranquil paradise Lake Como in July – one year after they got engaged. 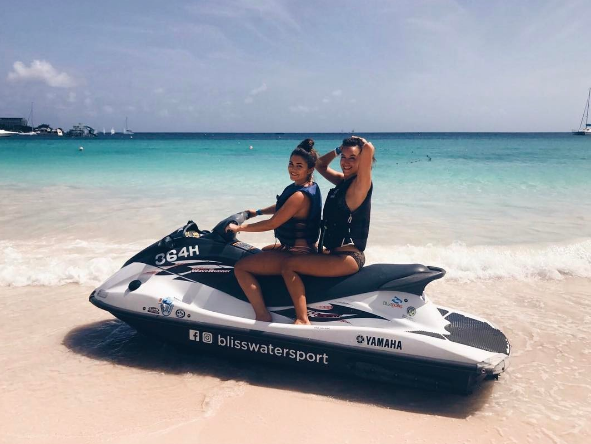 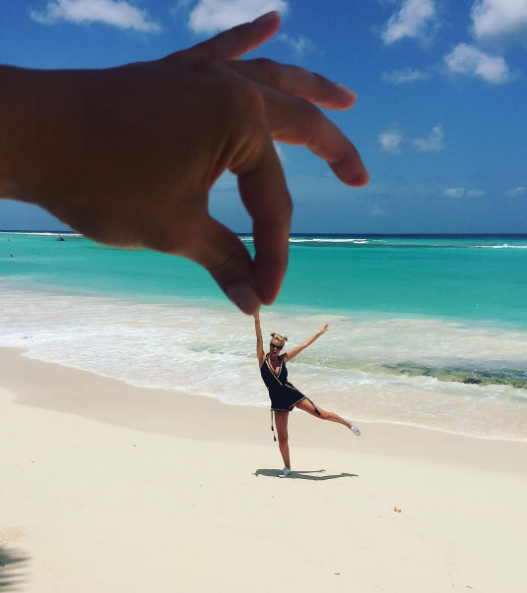 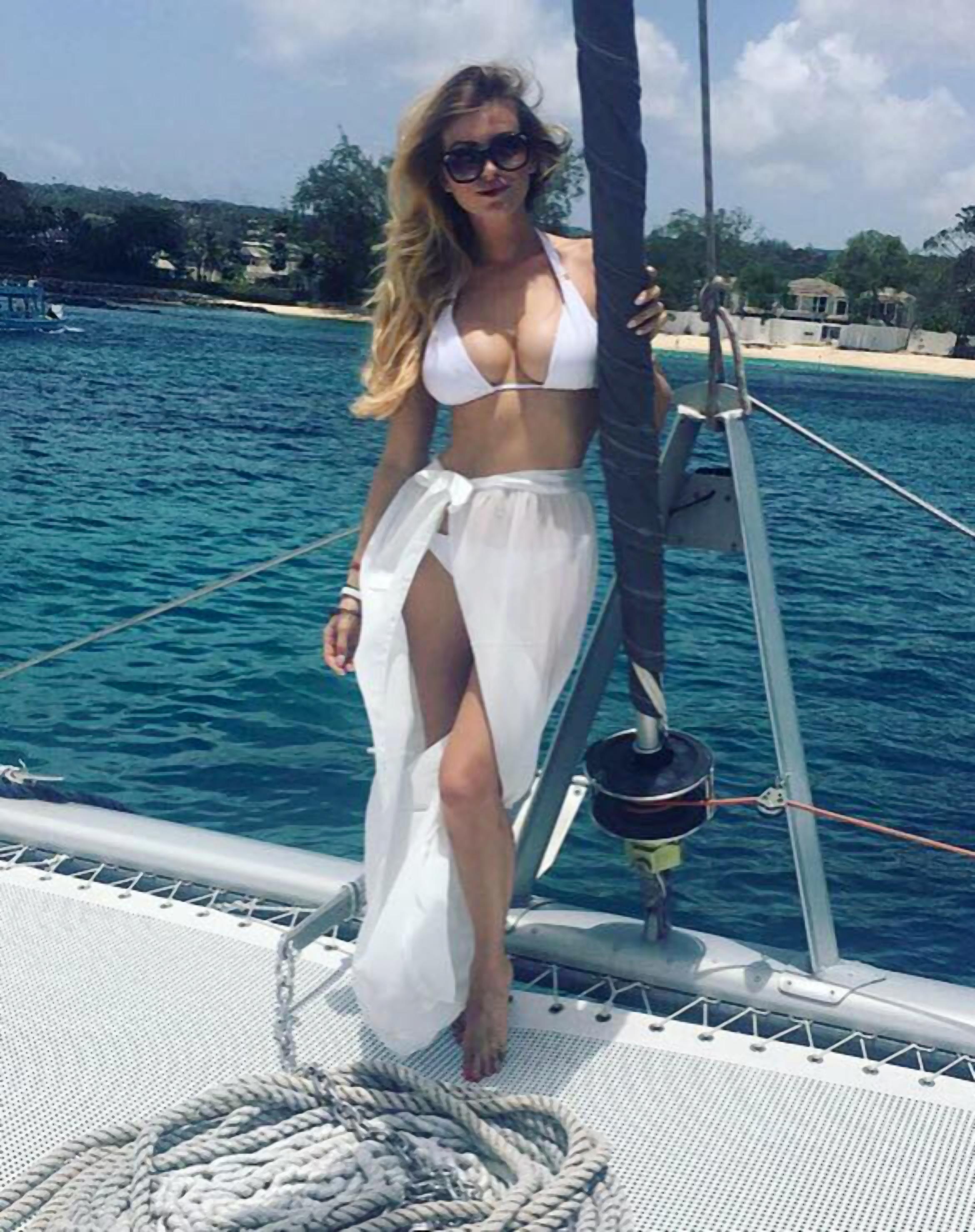 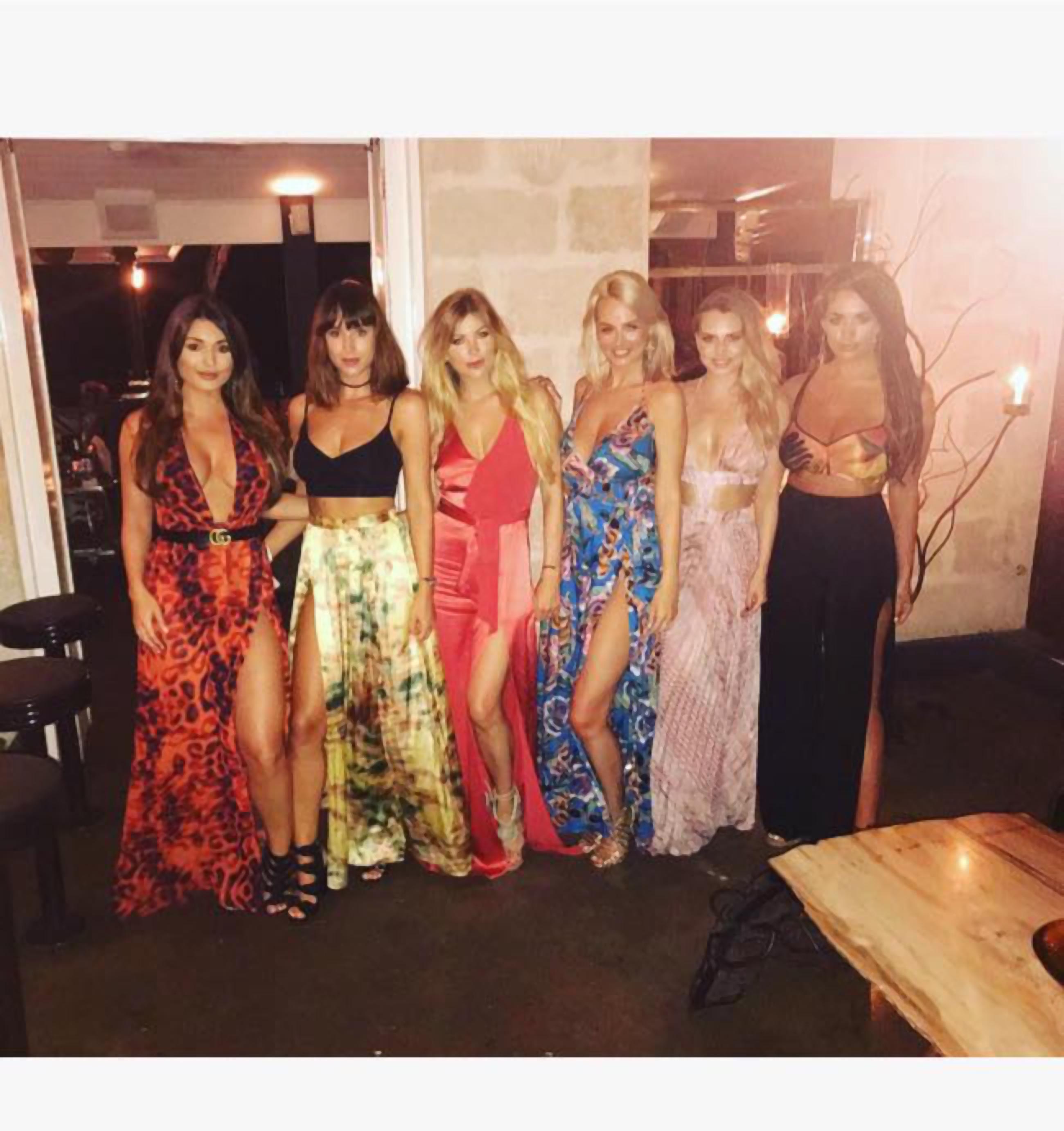 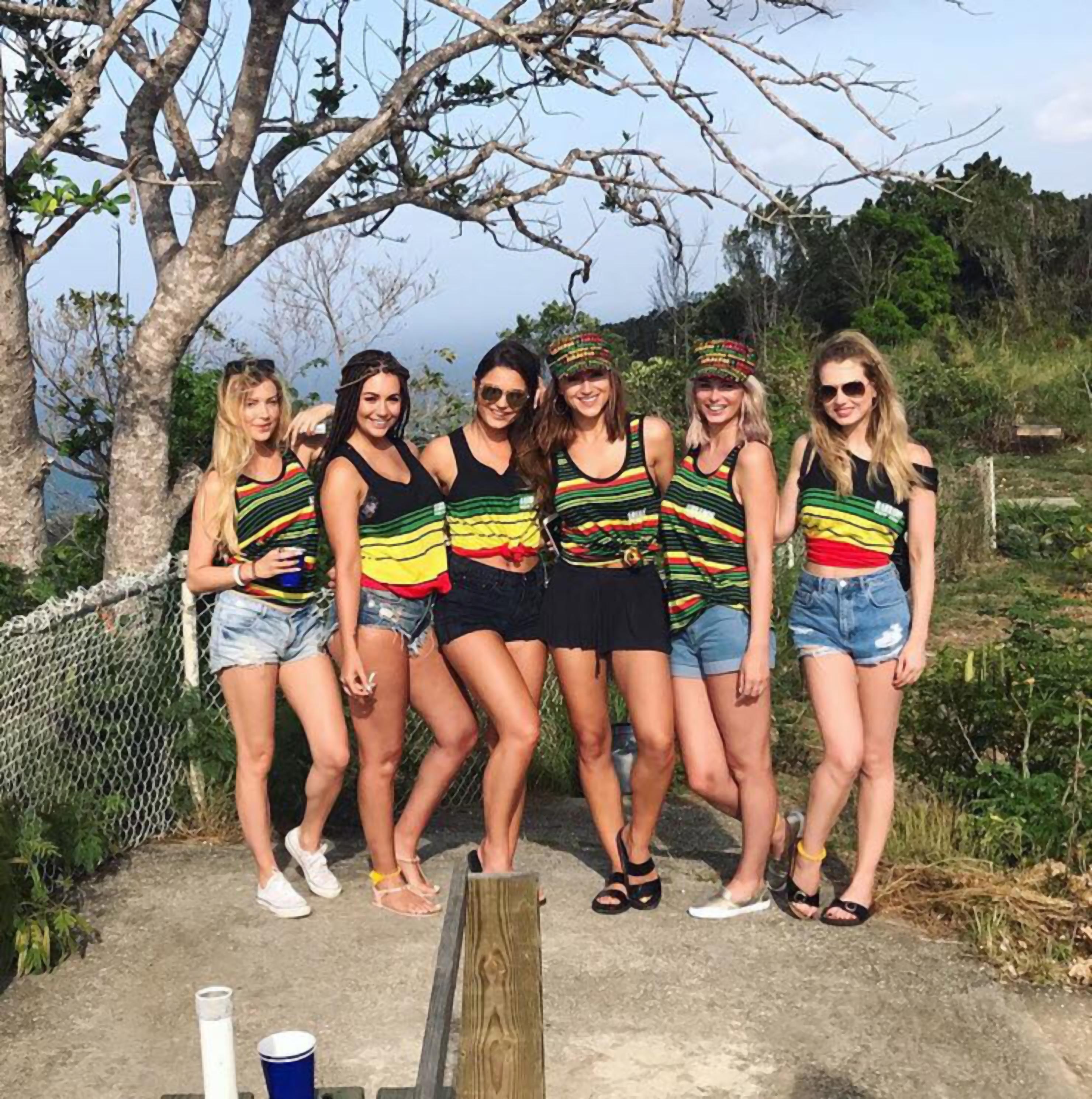 The Alpine beauty spot is best known as a hideaway for Hollywood superstars George Clooney and Brad Pitt as well as pop megastar Madonna.

And to cap off their no-expense-spared celebrations, the happy couple will fly to the white sandy shores of the Seychelles for their honeymoon.

Over the course of the trips, together they will clock up a mammoth 30,800 miles.