Former EastEnders star Samantha Womack wouldn’t rule out the opportunity to reprise her role as Ronnie Mitchell – despite her character being killed off in 2017.

After saying ‘I do’ to Jack Branning (Scott Maslen) Ronnie died alongside her sister Roxy (Rita Simons) on her wedding day as they both drowned in a swimming pool.

Although it’s been five years since her memorable exit, the 49-year-old actress wouldn’t say no to a surprise visit to Albert Square.

During Monday’s Loose Women, she told presenters Brenda Edwards, Katie Piper, Nadia Sawalha and Charlene White: ‘You get old enough you say never to anything don’t you.

‘You never have an opinion on anything because you’re always proved wrong at some stage.’

She added: ‘It was an amazing time, she was an amazing character, great storylines. Some of the best work I think I did back in the early days, the baby swap and working with Barbara Windsor and Larry Lamb. 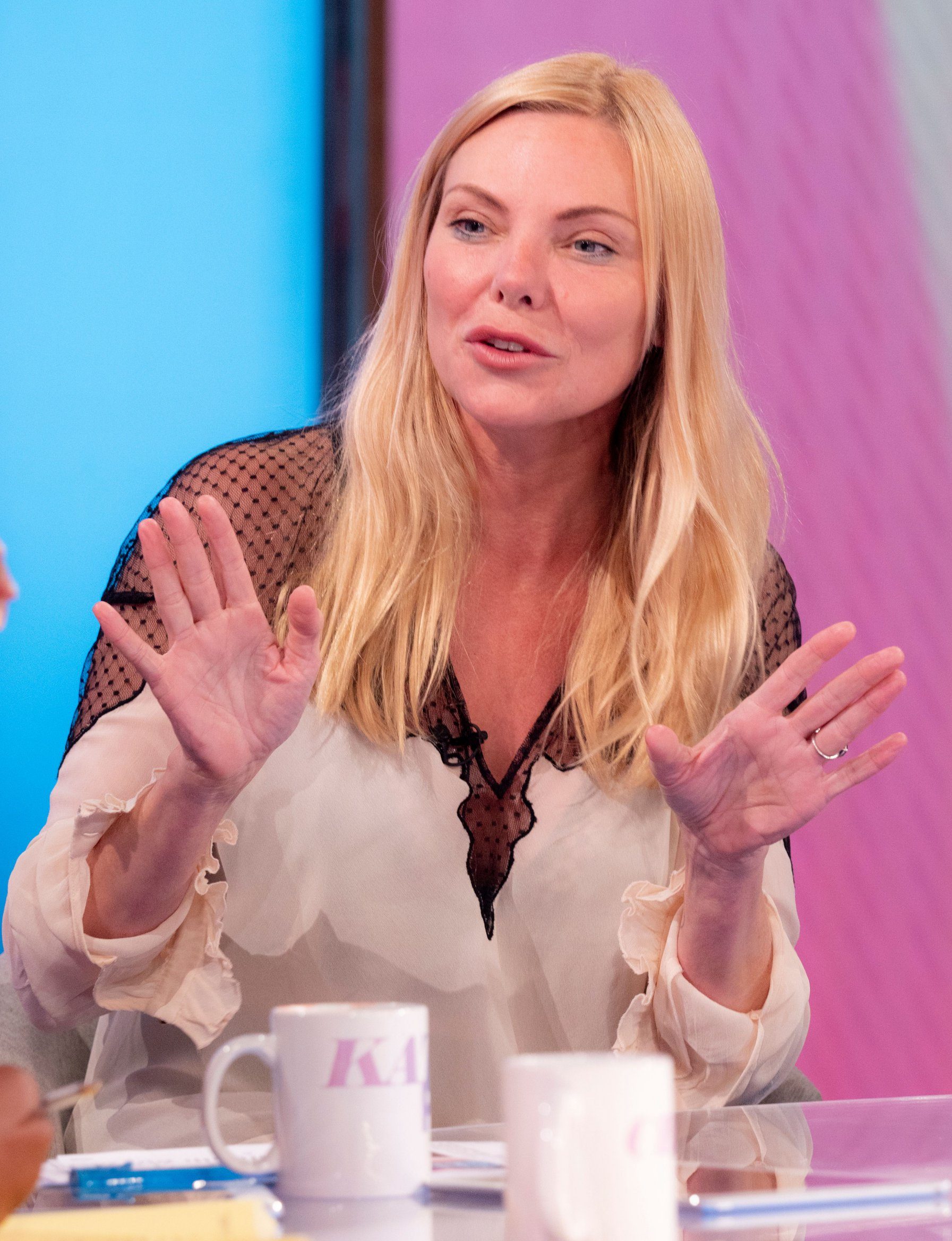 While Sam struggled to think how Ronnie could return to Walford, Charlene read out a popular fan theory which involved Billy Mitchell (Perry Fenwick) helping Ronnie and Roxy fake their deaths.

‘Maybe I could come back as a poisonous twin,’ she joked.

Sam previously described the loss of Ronnie and Roxy as being a ‘huge blow.’

Speaking to OK! Magazine, she explained: ‘I understand they have to regenerate and constantly recast, but my complaint was when you have two characters who are embedded within the fabric of that community, by killing them completely you’re removing them from any future producer.

‘It’s short-sighted. There was a period of mourning. Rita Simons was my pretend sister (Roxy Mitchell) for nine years so when I got my next job and worked away from home, my real family and my fake family had been taken away. All my foundation and emotional stability had gone. I’d have loved to go back at some point.

‘The Mitchell family are such a huge part of that show’s culture – Peggy had gone and then the two Mitchell sisters. It’s a shame to rip out the roots of such a long-serving family. The last year and a half has been so exciting and a bit like a rebirth, but I hate the idea that I can’t go back – unless I come back as some weird Australian twin sister!’

This week’s EastEnders is now streaming on BBC iPlayer.