In last week’s episode of Sanditon Season 2 on PBS, Charlotte nearly talked herself out of her job as a governess. But she and her employer grew closer in the April 3 installment of the Austen-inspired period drama. Meanwhile, Tom Parker lost his elephant, Lockhart sent a gift to Georgiana, and Captain Carter tried to woo Alison with some borrowed words. 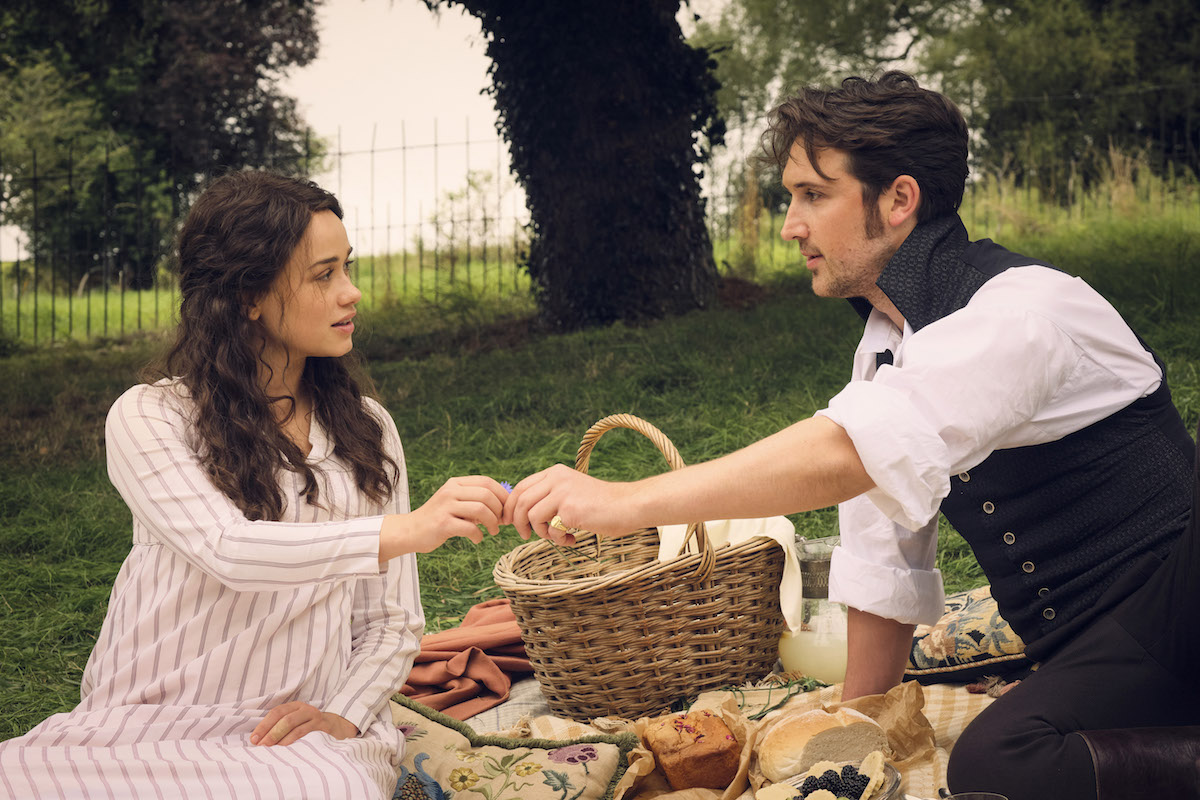 Charlotte (Rose Williams) and her charge Augusta (Eloise Webb) bonded at the end of Sanditon Seaosn 2’s second episode. But any good feelings on the sullen teen’s part were short-lived. This week, Augusta is back to her usual, difficult self. She corrects Charlotte’s French and is unhelpful when it comes to finding Leonora (Flora Mitchell), who’s run off somewhere.

As Charlotte searches for her youngest charge, she happens upon Mr. Colbourne (Ben Lloyd-Hughes) trying to calm his horse, who was spooked by the army’s gunfire. Does Charlotte have a way with animals? Of course she does. After Charlotte demonstrates her horse-whispering skills, she and Colbourne have their longest conversation yet. He wants her to put her skills to use “taming” Augusta and Leonara. Charlotte bluntly asks him why he’s so reluctant to spend time with his niece and daughter.

Colbourne doesn’t answer, but later, he joins Charlotte and the girls for a picnic. Augusta tries to stir things up by bringing up Colbourne’s late wife, but he shuts her down, fast. They move on to the less-fraught subject of wildflowers. When Charlotte mentions that cornflowers Leonora picked are her favorite, Colbourne hands them to her. Even Leonara can sense something is up between her dad and her governess.

Georgiana and Lockhart reach an agreement

After last week’s eyebrow-raising toast to Napoleon, Charles Lockhart (Alexander Vlahos) continues to push social boundaries. He sends Georgiana (Crystal Clarke) a sketch he drew of her. It’s not a welcome gift.

“You don’t know what it’s like … to spend your whole life being gazed at,” she says to Arthur (Turlough Convery). Georgiana is a mixed-race woman who sees her difference “reflected in the eyes” of every person she’s met since her arrival in England. Lockhart’s sketch is “the stare I am used to, rendered palpable.”

Arthur – who’s been not-so-subtly coded as gay – has a different reaction to being drawn by Lockhart. For a person who’s often been overlooked, even by his family, it’s a form of recognition and a chance to be seen “for who I am, or perhaps who I would like to be.”

Arthur urges Georgiana to give Lockhart a chance, arguing that he sees things with “a rare clarity.” She eventually decides to let him paint her portrait, but only on her terms. Lockhart agrees, saucily telling her that he “shall not rest until we are both satisfied.”

It’s time for Sanditon’s midsummer fair and Tom (Kris Marshall) is facing disaster, again. Another town outbid him for the elephant that was supposed to be the event’s main attraction. He’s struggling to come up with an equally impressive alternative when Colonel Lennox (Tom Weston-Jones) steps in and loans Tom a military spy balloon.

Unfortunately, no one is game for taking to the skies. That is, until Charlotte volunteers. Colonel Lennox accompanies her, despite his fear of heights. But what should be a romantic moment turns dangerous when the soldiers on the ground lose control of the balloon. Surprisingly, Arthur saves the day and prevents Charlotte and Colonel Lennox from drifting off to France.

Once they’re back on solid ground, Lennox pulls Charlotte aside to warn her to be on her guard against Mr. Colbourne. When Charlotte asks why, he reluctantly tells her that Colbourne “stole” the woman he loved – a woman very much like Charlotte. That explains Lennox’s obvious animosity toward Colbourne. But is he telling the whole story? Plus, Lennox’s way of referring to this other woman as if she were his property is off-putting, as least to modern ears.

Captain Carter boasts of his bravery

Captain Carter (Maxim Ays) is making swift progress in his efforts to woo Alison (Rose Graham). But when she sends him a poem, he panics. Fortunately, Captain Fraser (Frank Blake) is on hand to lend him a book of verse so he can impress Alison.

Captain Carter already rescued Alison from a carriage accident, so she’s more than ready to believe him capable of other heroic exploits. When she mentions that he must have shown great courage during the war, he first tries to deny it. But she presses, and he references a battle where he saved many men from drowning.

Later, Alison mentions the battle to Captain Fraser. He’s less impressed by Carter’s tale of bravery than she is, and it soon becomes clear why. Captain Carter is bragging about being in a battle that happened when he was a child. Fraser angrily tells his fellow soldier to fess up to Alison.

Clara has her baby 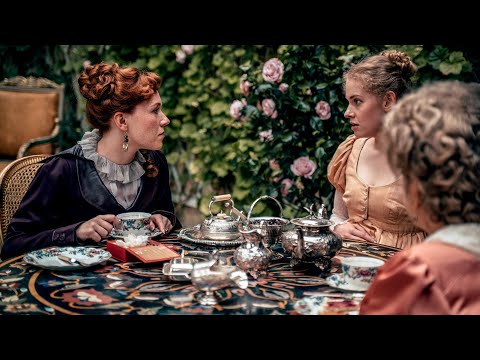 A very pregnant Clara (Lily Sacofsky) has taken refuge with Esther (Charlotte Spencer) and Lady Denham (Anne Reid). She tries to ingratiate herself with her relatives, but neither of the other women believes she’s telling the whole truth about her situation, especially given Clara’s history of scheming. (Esther’s response to nearly every word out of Clara’s mouth is a dramatic eye roll.) But when they announce they’re going to invite Edward (Jack Fox), the baby’s purported father, to the house to explain himself, she seems genuinely stunned to learn he’s in Sanditon.

When he arrives, Edward is just as surprised to see Clara. He’s even more shocked to learn he’ll soon be a father. At first, he denies responsibility. But by the end of the episode, the wheels are turning as he tries to figure out how to spin this situation to his advantage.

Lady Denham gives her servants the day off for the fair, then heads out for the festivities. Esther stays to watch Clara, whom she doesn’t trust not to steal the silver. But Clara goes into labor, and Esther has no choice but to help deliver the baby. Clara has no interest in her infant. That leaves poor Esther, who may never be able to have a child, to cradle the baby she wishes was hers.

What else happened in this episode of ‘Sanditon’

Elsewhere in this episode of Sanditon: